Yesterday was extra busy, and for once pretty productive.

I managed to record the next podcast episode in the morning, then made pizza, and was only slightly late, I taught all afternoon, practiced in between, and was just about to admit defeat regarding the usual Friday cleaning of the house when I found myself just doing it, one thing after the other.

I had really looked forward to watching Star Trek Next Generation with the boy but he didn’t want to so I spent the evening reading. I didn’t even knit. I did try a new to me kind of beer, though, and it was delicious. 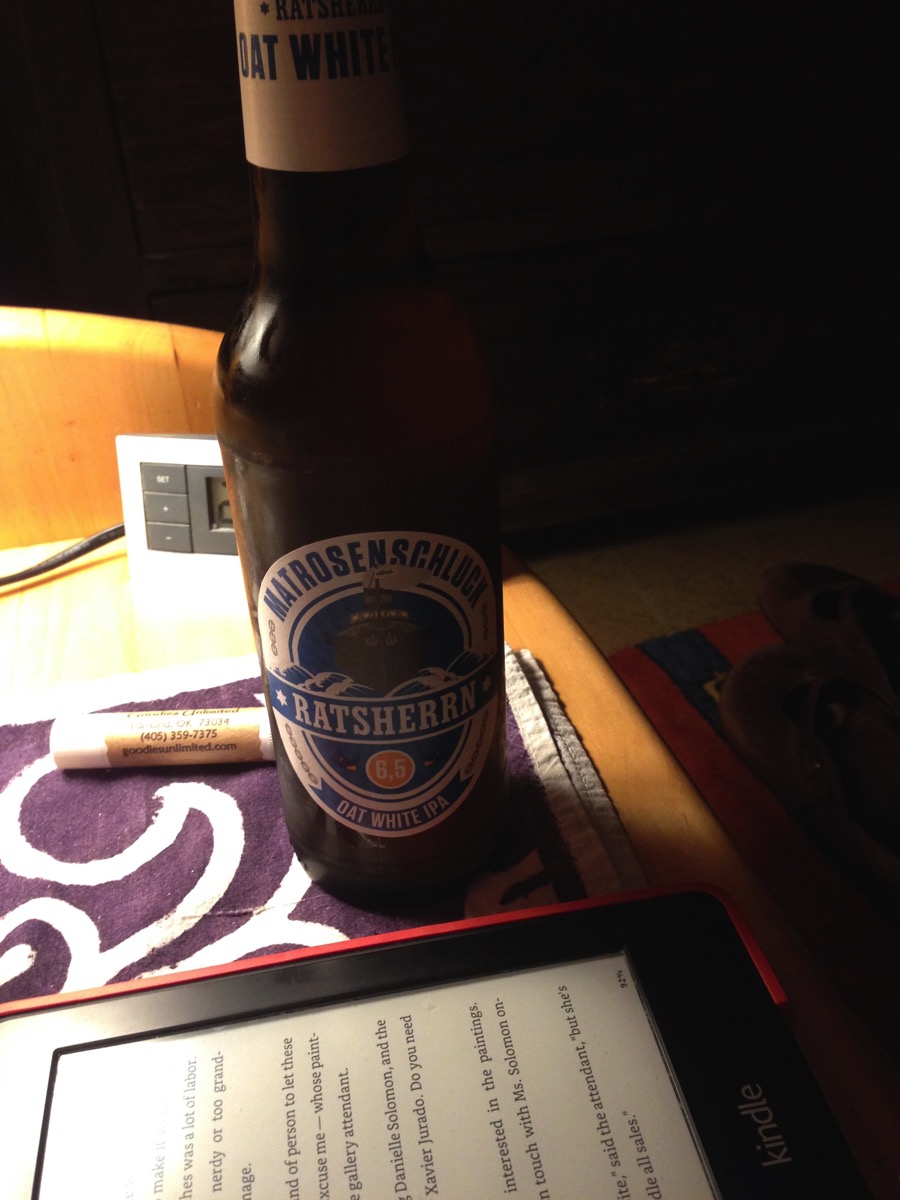 And now there will be a weekend completely free of appointments and such. I will publish the podcast today, and knit, and read, and run, I love it.

As I’m typing this I’m sitting in the kitchen waiting for the rest of the family to get up, and life’s just perfect.

So again I wanted to do everything better than the day before. I didn’t do really bad but I managed to get a little derailed nonetheless.

I’m going to bed too late again these days, which means I’m all tired all day which is not a lot of fun, and then in the evenings I’m super-tired, and my impulse control wanes, and then I eat more than I need and drink another beer which leads to going to bed to late again. It is a fun cycle that I can repeat at nauseam. And every day I hope to break it but so far this week I haven’t.

Yesterday morning I rode my bike to the health food store one town over, the one that has a really great selection of meat, also the best potato chips, and more cosmetics than the one I usually go to. I did select a new gray eyeliner but seem to have misplaced it because I can’t find it anymore. I also didn’t pay for it so that’s probably alright.

Lunch was turkey breast, rice, and black beans, a little like comida caseira that you get in Brazil. Very tasty. 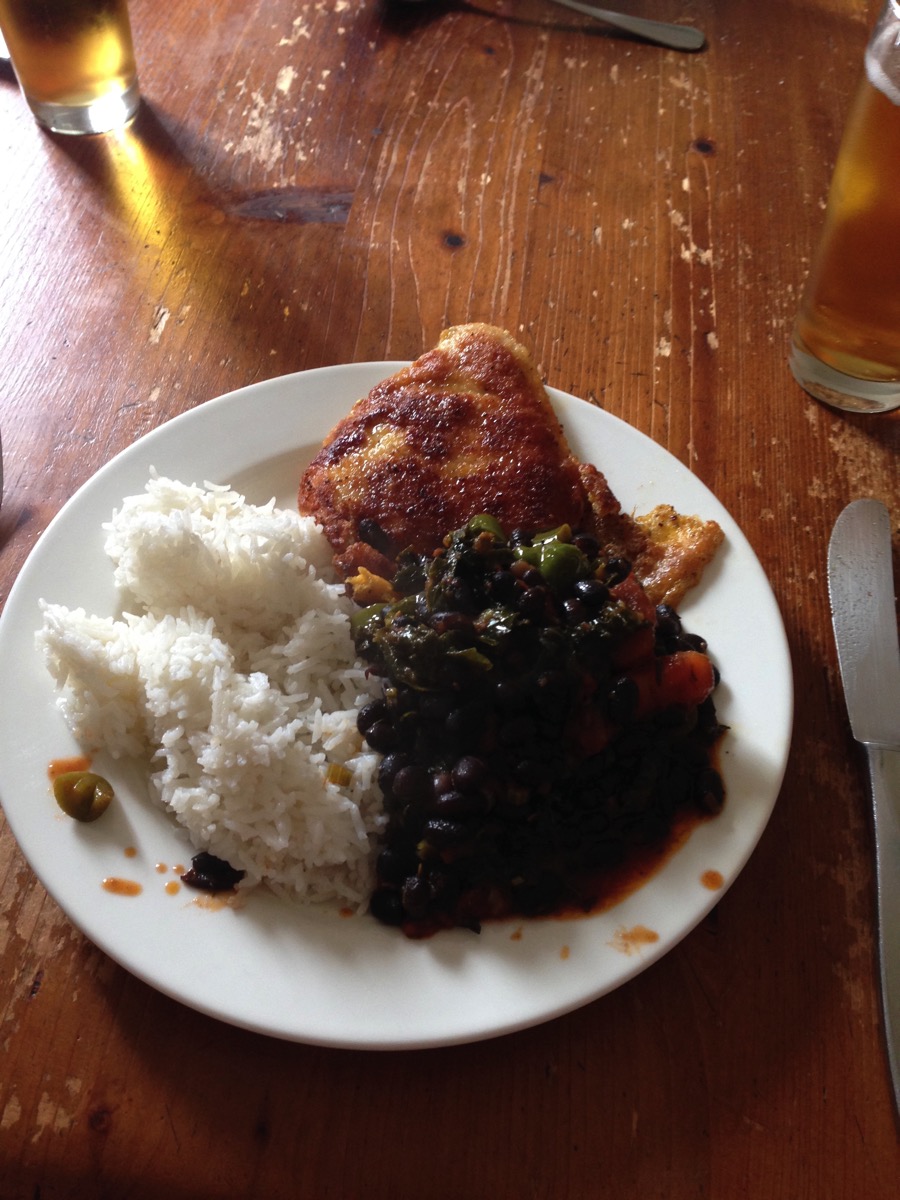 Since I had only three students planned I wanted to use my breaks in between to work on the novel, clean the house, and practice. But then we got a call from the guy we ordered the new floor for the boy’s room from. He wanted to come over and install it right after lunch. Well, the first time they came right in the middle of lunch because they wanted to measure the room first so that they could cut a bit of the flooring off before carrying it up the very narrow stairs.

So now the boy has a new floor in his new room.

I’m expecting that we’ll carry his desk, chair, and computer upstairs some time on the weekend, and then we’ll order some more furniture. He wants a wardrobe, a bookshelf and a new bed. He already has the money set aside.

Unfortunately we don’t have a car otherwise I’d just drive to IKEA. I could rent one but I haven’t driven in years. So we’ll probably pay to have things delivered. Much less time-consuming.

So with all of that and talking to the boy in between students I somehow never got around to cleaning anything. I did practice and spend all of twenty minutes on the novel, so that’s okay. And we did strength training for twenty minutes. I’m still sore this morning so I guess we did it right.

Today I will be doing all the things, I have to make pizza from scratch, clean everything, and record a podcast. That will be fun.

I really had high hopes that if I reduced my running time and shortened the running intervals it would be more fun. But that didn’t work.

I felt bad for only exercising for half an hour, and despite no running interval being longer than five minutes I found myself bitching and moaning, and looking at my watch every thirty seconds to see how much longer I would have to endure.

So. I could of course give up. I mean why should I run? I could walk or bike or swim instead. Maybe not swim, going to the pool had its own complications, namely loads of people, not enough space. Also it costs money and time to go to the pool.

But I don’t want to give up. I used to enjoy running, and that in itself is still a marvel to me. That someone like me, completely unathletic, could ever enjoy running. And outdoors even. In all kinds of weather.

So I decided to change my approach. I will switch to the 21K-program instead. The Couch to 10K clearly isn’t working. I started it months ago, it is a thirteen week program that I started in the beginning of November, and I still haven’t finished, and I still can’t run 10K.

Now you’d think that doing the 21K would be harder, and eventually it will be, but for now I mostly will have to do 5K runs three times a week with a longer run once a week. I’ll probably do those on Saturdays because theoretically I have more time on Saturdays. With my snail pace of running 5K will take about forty minutes to do. I know I can run for forty minutes if I really have to. So instead of scaling back and making things easier (which didn’t really work) I’ll go full steam and make them harder.

Of course I’ve been inspired by the book „Living with a SEAL“ that I read over the last two days. In that book Jesse Itzler describes a month in his life where he hired a former navy SEAL to stay with him and train him.

That training program is insane, and I wouldn’t ever do anything like it but I can see the appeal of going beyond what one thinks possible. And I do know that I tend to give up too easily. And I do want to become better, so I need to change something.

My husband just shakes his head at me. He has been running the exact same loop three to four times a week for years now. He leaves the house, runs through the woods out to one particular field, stretches for ten minutes, runs a different way back, and is done with his running for the day. I’m always rather envious when he glides by me, light-footed, while I stumble along, completely out of breath, and red in the face. He asked me why I feel the need to do a training program. To have someone tell me when to run, for how long, and what to do. He just listens to his body. When it’s a day for a slow jog he runs slowly. When it’s a day for a challenging fast run he runs fast.

Well. If I listen to my body too closely it will usually tell me to stay on the couch. Or maybe just walk slowly for half an hour. Which is fine. But not the level of fitness I’m aspiring to. I want to become someone who can run 10K, or maybe 21K, and enjoy it. And yes, somewhere in the back of my mind I’m dreaming of becoming a person who can run ultra marathons because that’s just too cool. I doubt I’ll get there soon but a woman can dream.

For now I’m starting a 5K to 21K program. If I manage to follow it I should be able to run 21K by the end of December. We’ll see how that goes.

Wasn’t as long a day as it felt, though.

I walked to the music store as planned. Usually I take my bike there but this time I wanted to get some more steps in. With me scaling my running down I’d like to make up for it. I had a nice chat with the music store owner as usual.

We had rice and dal  for lunch. I didn’t help making it at all.

Then I did something I never do, I worked on the novel again after lunch. Teaching only started at four so I had quite some time. What I usually do in these situations is I plan to be all productive after lunch but then I start by taking a break, and then I go online, and then I hardly manage to squeeze a little practice in before I need to teach but yesterday I was on a roll, and did some actual work.

And then the boy and I did 14 minutes of strength training which doesn’t sound like much but was pretty hard. I’m having sore muscles as I type but not as sore as the first time I did this. Seems that something is changing. Maybe I will get fitter eventually.

Today I will need to do all the housework I didn’t do the last two days, run (and I’m still not sure if I should do an easy run or a hard one), and teach.

That’s what you get from daily blogging. The big question for today is a) will I run for 30 minutes or for 76? and b) will I manage to clean mirrors, dust, and empty all the wastepaper baskets with bonus points for vacuuming.

This is the halfway point of my bloggin experiment. I have to say I’m liking it. I would have expected it to be more of a chore than it is.

Yesterday was indeed very budy. Also pretty productive. I often do better when I don’t have time to waste. I also managed to go to bed at a reasonable time but didn’t sleep as well as I would have liked.

Teaching as long as I did yesterday without any break at all is not to be recommended. I was saved by the first student canceling, though, otherwise it would have been really hard. I shouldn’t schedule like that again in the future.

The one thing of note is that yesterday after running I decided to basically give up on the 10K program. I have been whining about how hard it is, and that I can’t do it for ages now, and I’m not making progress. So I decided to cut back on exercise for a few weeks and start over with a Couch to 5K program. I already know that I will be able to do this, and it will be nice to feel like I want to do more, not quit and avoid running altogether.

Of course I’m not sure if this is the right decision. But as with most decisions if it isn’t the right one I can always change it.

Today the weather is gorgeous again. I will go to the music shop in town to get sheet music for a student, and I will teach rather late but not too much. Then strength training. Which I’m also doing less of than I used to. On the other hand the fifteen minutes the boy and I are doing at the moment are much more strenuous than the 30 minutes we did before so I’m guessing we’re good.

Routine. It’s boring to write about but nice to live.