I used to love having breakfast in bed. It seemed like the epitome of luxury. When I was still in university I would even get up in the morning, throw some clothes on top of my sleeping tee, walk to the bakery, then make breakfast, and take it into bed with me on a tray. Ever single day.

Then I met my husband. My husband doesn’t like to have breakfast in bed. After a while I decided that I’d rather have breakfast with him than in bed so we established a new routine.

Still, every time I was alone I looked forward to going back to bed with my tea and bread or muesli and a book.

Until I found that I didn’t enjoy eating in bed anymore. I’d rather sit at the table, dressed for the day, and not have breadcrumbs in my bed. Weird.

The one thing I am still doing, though, is setting my alarm early so that I can read or write in my journal for half an hour before getting up. I was really loving that stretch of time, that part of the day when I was completely alone in the quiet before I needed to talk to anyone, or do anything.

And then something weird happened. On weekends or on days without school when I don’t need to get up at seven I stopped reading in bed but instead got up immediately.

First because my husband doesn’t like coming to breakfast only to find everybody else is still in bed (he gets up much later than anybody else in the house) but then because if I stayed in bed reading the whole day would have a very unstructured and unproductive feeling to it. And I could read just as well while having breakfast. And then afterwards. And I’d already be wearing real clothes instead of pajamas, and would be ready for everything the day could throw my way.

And then the other day our son asked me to wake him up a little early so that he could look at something for a test in school. I don’t mind because we don’t actually wake up earlier if I do that, it only means I don’t lounge in bed for thirty minutes before getting up.

And lo and behold our morning was much less stressful. And I still got the same amount of reading time, only a bit later. And there was much less yelling of, “You need to hurry, you’re too late!”. Which is a very good thing.

And so I’m actually debating trading those thirty minutes lounging in my nice and warm bed before getting up for a little less stress while having breakfast. I’m really curious how that will go. 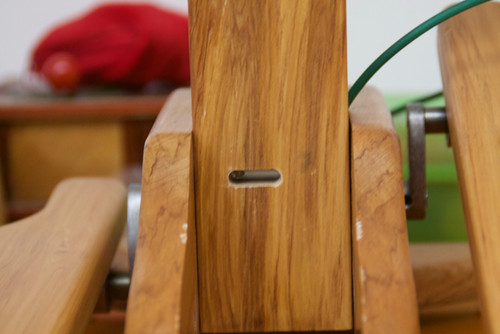 Today it’s eleven years that I started this blog. Every year I am a little surprised by the growing number. A little like looking at my growing son who might have to start shaving in the near future.

But the blog is still the blog.

And I’m still me.

I will be turning fifty this year, that will be a milstone, and I’m busy as ever, and I think I’m better organized and more productive but who knows.

Still living in the same house, doing the same job, married to the same guy, though. There are things that I don’t want to change as well.

I really should open a bottle of champagne later to celebrate.

And everyone of you, the people who read this gets a glass (or something different if they want), and some cinnamon rolls (I’ll be baking those soon), and a big thank you for coming back here to read time and again.