I woke up early after a solid eight hours of sleep with my back hurting way less. Still decided to take it slow.

The boy had to go to school in person so we had breakfast together. Later my husband built a fire because it was freezing and then I waited for the piano tuner.

He did show up on time, which was good, but not wearing a mask – not so good. I was totally masked, of course, and asked him to wear his which he did. This time we didn’t talk much, I left him alone in my studio with the piano. I thought he’d be done after an hour so I donned my mask again and waited in the next room: 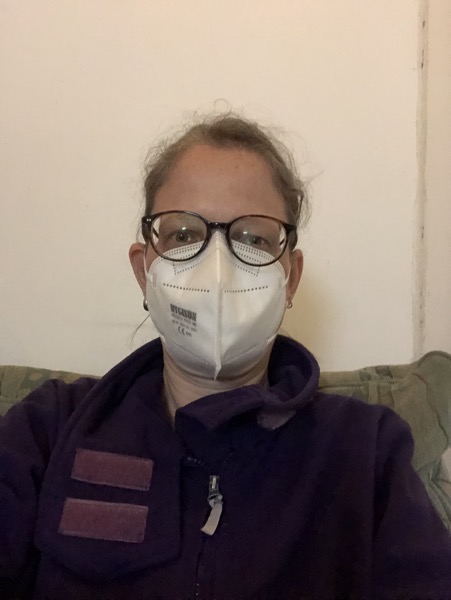 The piano was really out of tune, so it took a bit longer. Once he left I opened all the windows and disinfected the piano keys.

With all of that I did not start cleaning the house in the morning and then I failed to make myself do it in the afternoon as well. Which resulted in an easy day.

I helped a little with cooking, then the boy came home and showed us his report card. Looks good. Better than he thought, actually. Then we all ate cabbage: 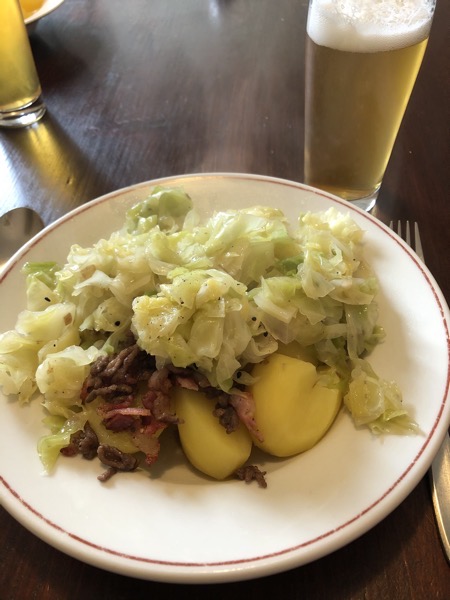 Had dinner, watched „Torchwood“ with the boy and celebrated his good grades and the science fair thing by sharing a bag of potato chips. Then we did the dishes, I started writing this post, watched some Chinese TV and went to bed.

Today I will go walking for exercise instead of running and maybe I’ll get to the cleaning, otherwise I’m not sure what I want to achieve. Not much, probably.