Though I wouldn’t have thought so in the morning. Turns out that taking painkillers reduces the back pain. Odd.

I’m a bit swamped but feeling better. Yesterday was busy, I got my new glasses, went grocery shopping, took two dozen pictures of the boy with the setup for the science fair, taught lots and lots of students, watched two episodes of „Put your head on my shoulder“ and went to bed early because I was just so exhausted.

The boy won third price in the physics division for the „Jugend forscht“-science fair. There were only eight entries so not as impressive as one would think but still.

Lunch was yummy as usual. Fennel is an old winter favorite for us but this was the first time this year that we had it: 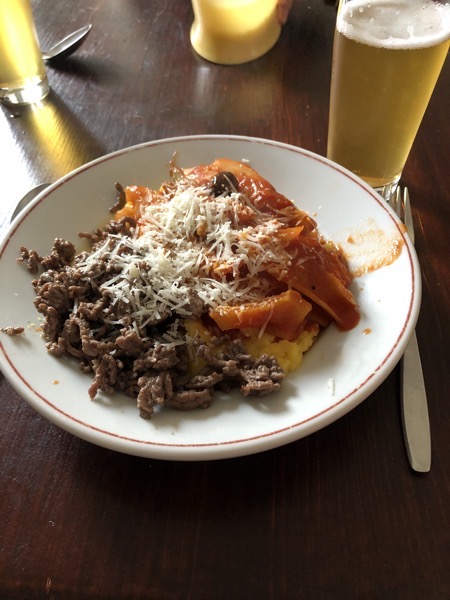 Today there will be the piano tuner, two students and the cleaning of the house. No idea what else apart from watching an episode of „Torchwood“ tonight with the boy.