I woke up after only 5 1/2 hours of sleep. Funny enough, „I’ll just read for fifteen minutes before getting up,“ still isn’t working. One of these days I’ll learn.

So after reading for ninety minutes I did some yoga. I’m trying the 30-day-yoga challenge for the third time in a row. I think I usually end up doing 18 days of yoga or something like that but I figure that’s better than no yoga.

I had breakfast right at the time when my husband usually shows up but he was a little late as well. As was the boy.

I crocheted a bit: 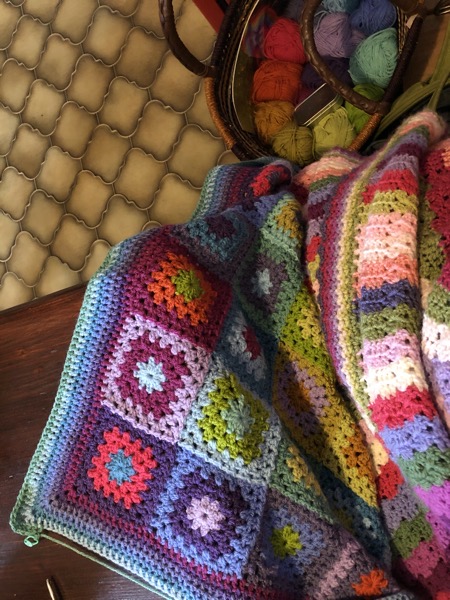 I called my mother on the phone (she is still in pain but slowly getting better). I had half an hour after that that I wanted to use for writing but instead I chose to do an online jigsaw puzzle.

My husband and I made lasagna: 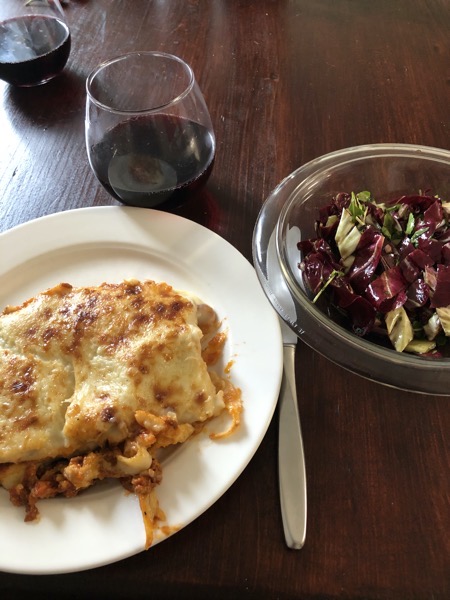 I went on Facebook to watch Becca Symes kick off her NaNoWriMo-thing, went back to the kitchen to drink tea, eat chocolate and read, started playing ‚Breath of the Wild‘ on the Wii (That one is actually on my list of tasks for the month. I thought putting fun onto my list would be, um, fun.) and then went back to my studio to write my 3,000 words for the day.

I watched several Youtube videos, went on Ravelry, read some more, and finally put my butt in the chair and wrote the final scene for the novel I had started last year on November 6. Phew.

Then I procrastinated some more, made a new Scrivener project for the novel I want to write next and was just feeling inspired when it was time for dinner and a movie.

And then I waited for the rest of the family to show up for almost thirty minutes. I could have written many words in that time.

We watched „Rising Sun“ together, all three of us. It was fitting with Sean Connery passing the day before but I actually had planned to watch this film for weeks. We all liked it. I still am not quite sure what it all means.

After that it was too late to write some more so the first day of NaNo sees me with 1,000 woads less than I need. Meh.

Of course, today I will totally make up for it. Sure. I really mean it this time.