At least I managed to turn the day around in the evening.

I did get enough sleep at least but spent most of the day doing nothing much. It was my father’s 80th birthday so I called him in the morning. I had been lucky and his present had arrived just in time and he really likes it. I bought a copy of the book my husband’s cousin wrote about my mother-in-law’s family in WW II and after. The cousin and my mother-in-law spent many days transcribing letters and talking and the cousin even traveled to Poland. The book looks pretty good. There are only ten copies in the whole world and now my father has one of them. The boy drew a card and those two things had to be enough this time.

Since both my parents are not in top form at the moment, my father has trouble walking and my mother is still in bed most of the day with her broken vertebrae, they couldn’t go out and celebrate but my mother managed to order lunch at a nearby restaurant and my aunt went and picked the food up for them.

My husband and I made gnocchi di palate from scratch with homegrown tomatoes and eggplant. We might have had some lambrusco to go with it and it was very yummy: 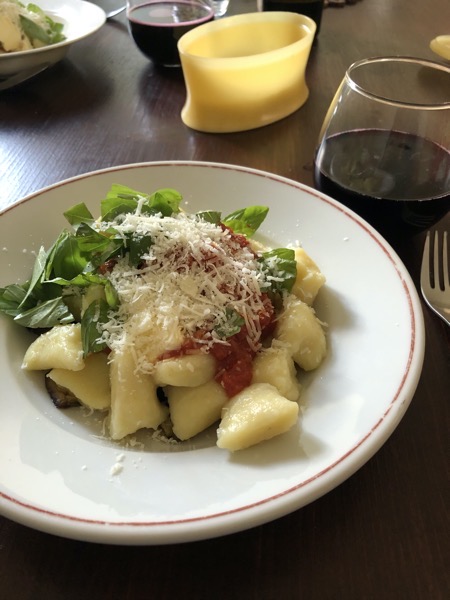 I also tried helping my husband finding another copy of some improvisations he had recorded in 2001. He has a CD and listened to it once last week but since then the CD has stopped working. I turned on all the old computers in the house and searched through them but couldn’t find anything. I think he recorded the whole thing on a stand-alone recording station that is long gone. There should be backups of the MP3s somewhere but so far we haven’t found any. It’s great, though, that all the old computers are still working. Here is the eMac that is as old as our son: 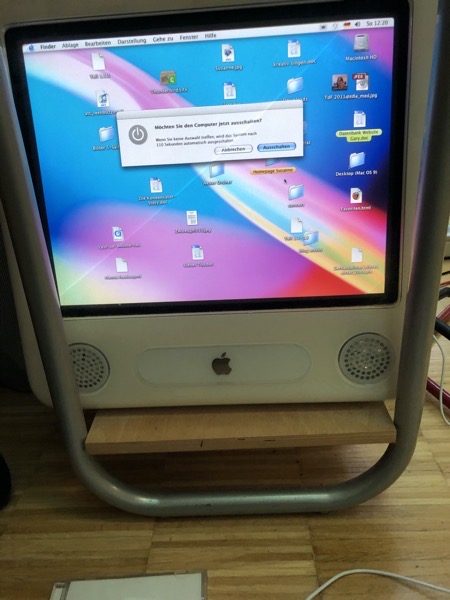 For some reason the tray of the CD drive was stuck, though, and here is my husband’s 2006 iMac: 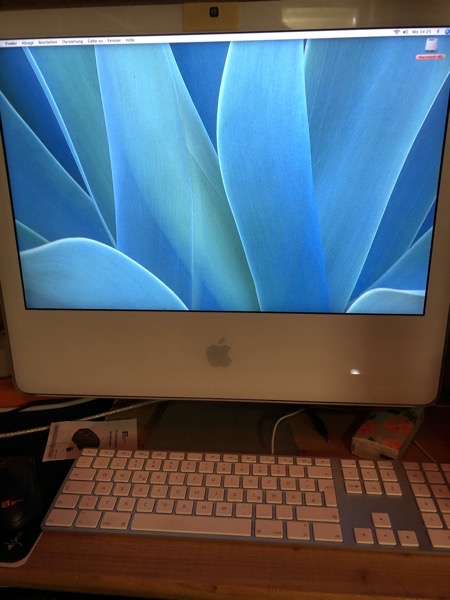 The casing is a little bent because a student of mine and I opened it and repaired the optical drive but it’s still working fine and my husband uses it when teaching drums. And then there is the 2010 MacBook Pro that the boy uses at the moment for his physics experiments: 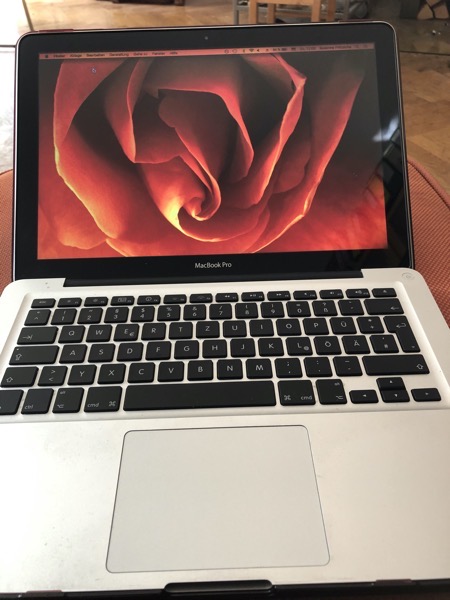 I also have to say that I’m happy I bought a new laptop two years ago, booting these old machines took ages.

The boy and I watched an episode of ‚Enterprise‘ that was not too bad and I crocheted another square for my blanket. And I practiced Mandarin for more than ten minutes which is a major success. Oh, and I finished „Killing Frost“ but there is a novella at the end of the book that I’m reading right now.

I’m still itchy all over and while the steroids are making things a little better I’m far from well. I’m hoping to have time to make body butter, hand- and face cream and lip balm some time this week because that might help as well.

Today there will be running and teaching and maybe some more writing. And yoga and laundry and such.