I set the alarm for 5.30 and promptly fell down the email rabbit hole again. But. I then climbed out again, did some yoga and meditation. I ate breakfast. Knitted a bit, did some housework and went for my run/walk: 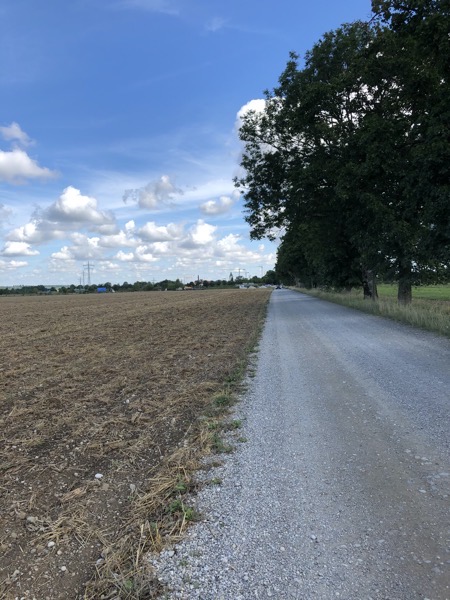 The running went rather well. It was pretty warm and humid but still bearable. 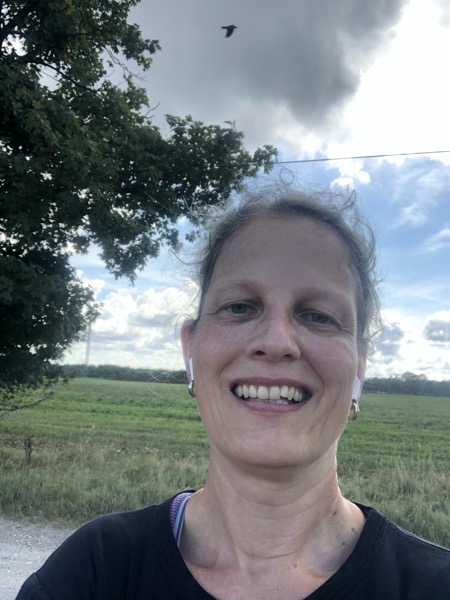 I came back home, took a shower and helped with lunch: 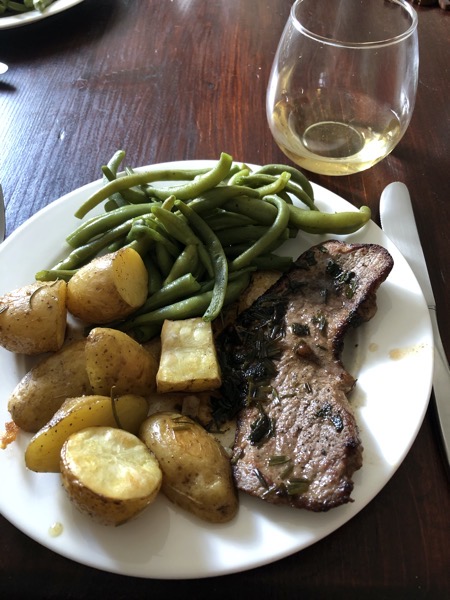 I was just about to fall into a deep afternoon slump when I remembered that my thyroid medication was waiting for me at the pharmacy. So I walked there and back and that woke me up again.

„The Office“ is something that Becca Some and Terry Schott started a couple of weeks ago. (That link goes to a video where they explain it.) Basically it is a Zoom call where a couple of writers hang out while they write. Just as if they were going to an office. They generally do writing sprints, like, thirty minutes on and about five minutes off. There is a level of Becca’s patreon where you can get in but I didn’t do it when it started because I never have time when they’re on. But. Right now I can write in the afternoons as well if I like because I’m mostly not teaching. And then I decided that it was totally worth it even if I hung out there alone if it actually made me write. Because the one difference between this blog where I post every single day and the fiction writing which I often don’t get done for weeks is that I know there are people out there reading. Now, I didn’t want to publish my fiction as I wrote it.

I did give the ‚writing on Zoom‘-thing a try and it worked perfectly fine. Even though I felt stuck for most of it and was completely sure that I couldn’t english anymore I stuck it out for an hour, had two nice chats with other writers and got a thousand words done. Ha! I’m already looking forward to do it again today.

I even wanted to write a bit more but I had set myself a timer to work on the podcast. I spent an hour and got to the point where both the audio and the video are ready to be uploaded. I need to watch the whole thing, write show notes and finish the blog post but it looks as if there will be a new episode on Friday. I have about ninety more minutes of work to do.

The boy and my husband had test-driven the new manual lawnmower. My husband had tried one when he visited his friend and was surprised at how easy it was to use. Apparently, the boy liked it to because he mowed almost the whole lawn with it.

Then it was time to eat dinner in style. Or rather in front of TV. We had leftover pasta: 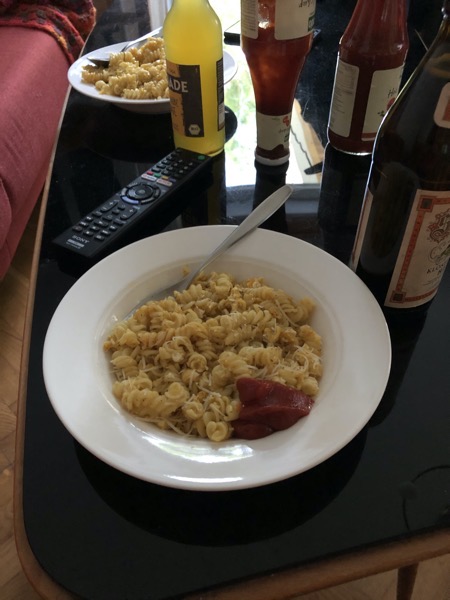 We watched an episode of Enterprise that was actually pretty good. And had a plot twist. Then I did the dishes, started writing this post, failed to do the rest of the thing on my list and went to bed early for a change.

Today there will be the grocery shopping, the biking to a beergarden, more writing and finishing the podcast. Bonus points for doing some admin or email.