After going to bed really late I did manage to sleep in until 6.30. I did yoga and meditated and made breakfast.

Lots to talk about with my husband, mostly about what he wants from summer break and about all the different things he has planned for the days ahead. I almost finished my sock. Boy was late again. I really should just give up. My husband got ready for his run while I did the dishes and talked with the boy about the paper he is working on. [Insert something complicated with math. And physics.] So when I finally got out the door I met my husband who was already coming back.

Running went well, I did four minutes of running and two of walking and mostly did what I was supposed to do: 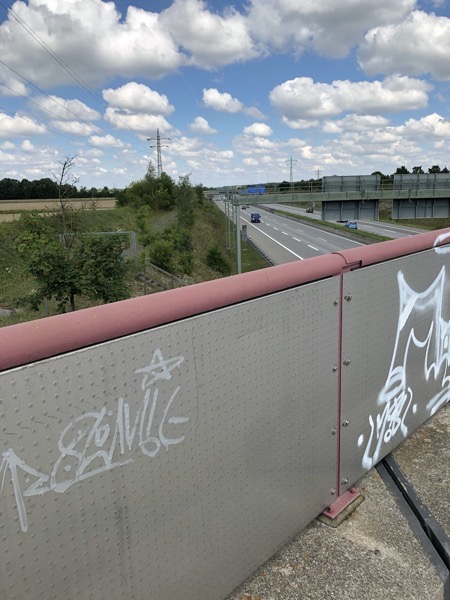 This time the halfway point was the not so picturesque bridge over the Autobahn: 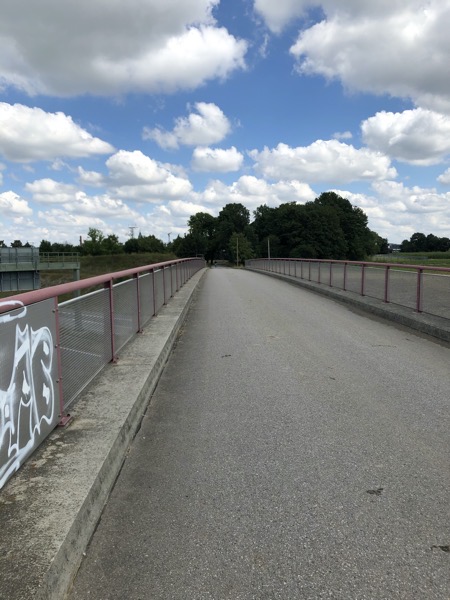 The rest of the way was much nicer if a little soggy in places.

When I came back home my husband was in full-on cooking panic again. I had thought that re-heating leftover lasagna would be pretty easy but it turned out we had zucchini blossoms and zucchini that needed to be cooked as well and so he was somewhat overwhelmed again. Which meant I got pressed to do chopping duties right away. 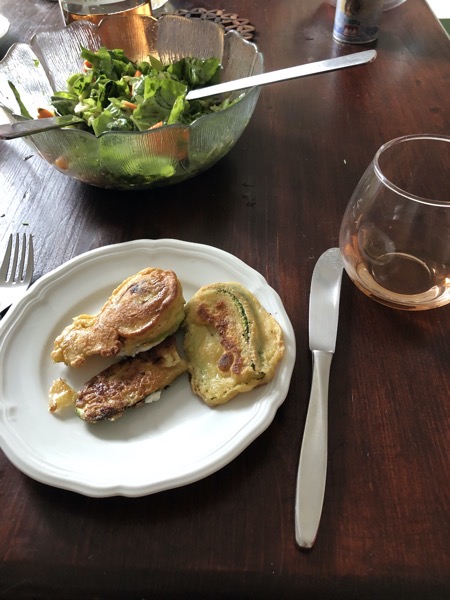 Second course (that’s how you do leftovers): 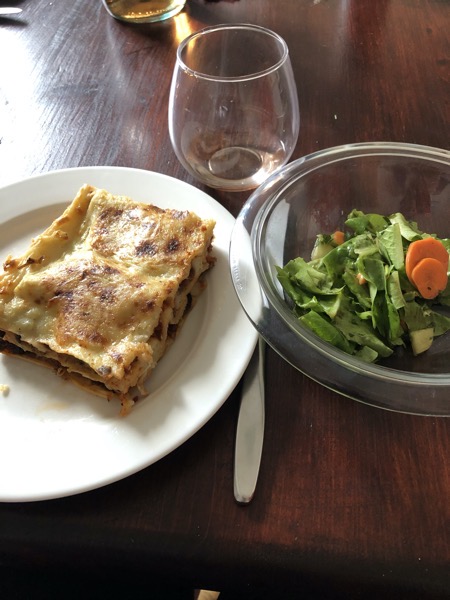 After lunch I did the dishes right away (yeah, me!), looked at the internet for a bit and then realized that I needed to go grocery shopping instead of doing all the nice thing I had planned for the day because there wouldn’t be time for that today. We’re planning to do a short bike tour to a beer garden for lunch which means no time to walk to the supermarket. Since I didn’t want to go shopping with my hair dripping wet I went first, came back fifteen minutes before dinnertime and finally took a shower. Phew.

The boy and I watched an episode of Enterprise, I did some more dishes, started writing this post, watched the last two videos for this week’s course and cursed the fact that the novel didn’t get touched yet again.

But my watch told me I exercised for a total of eleven minutes. And thenI got leg cramps. I took some potassium and decided to do better today.

Today there will be some noveling, the bike tour and beer garden, my husband will Skype with a friend in the afternoon while I will teach three students. The boy and I will watch ‚Eternal Love‘, I think and I should do some bodyweight training. Tuesday’s workout resulted in sore back muscles, so that’s good.

Oh, and I got two new hair sticks. I should take some pictures and show you tomorrow.