Set the alarm a little earlier and did yoga and meditation but no work on the novel-in-progress. I need to change something it seems.

Had breakfast, talked with everybody and finished a pair of socks: 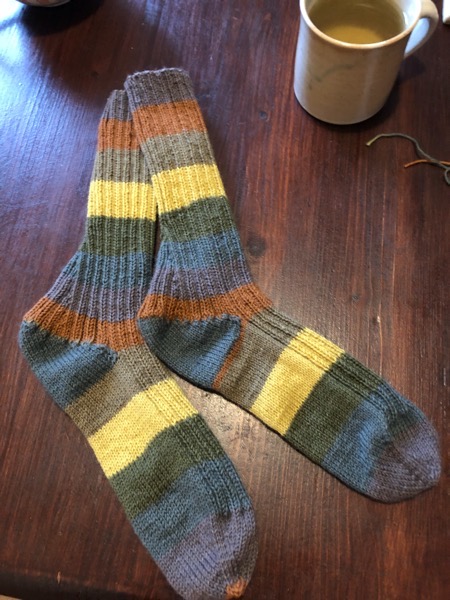 I wound the skein of self-striping sock yarn that I had splurged on and started the next pair right away: 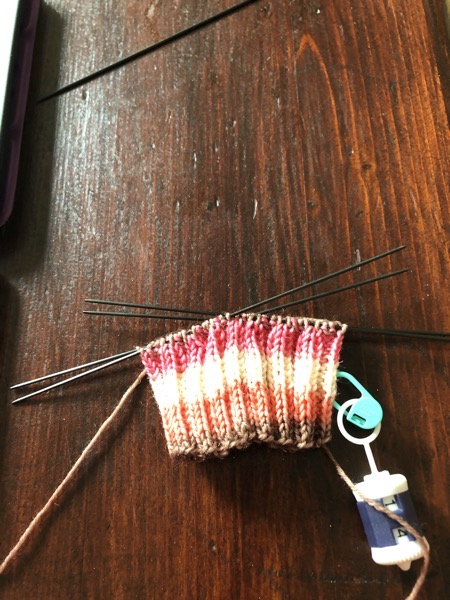 The colorway is aptly named ‚ice cream‘. There was lots of cooking: 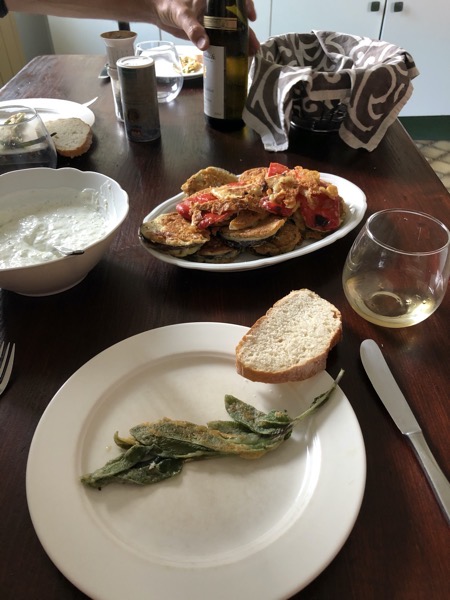 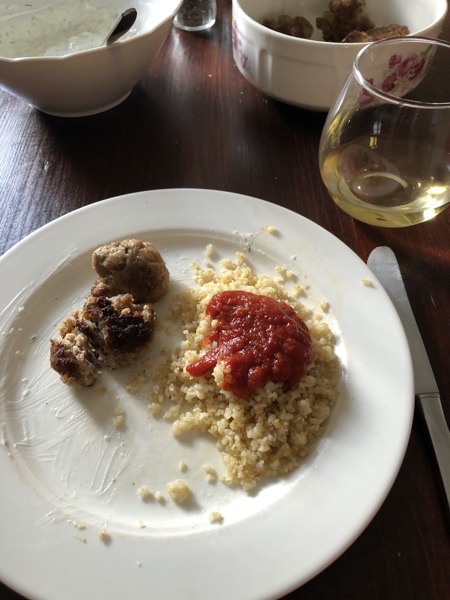 The main thing my husband wanted to make were dolmades from scratch but they took a little longer than expected and we were all pleasantly full at that point so we decided to leave them for dinner.

I pulled out the sewing machine, did the understitching on the dress I have been procrastinating about for years now and did some hand-sewing. So it looks as if I won’t wear that dress today, it isn’t finished yet. I still have 15. Buttonholes to make, 15 buttons to sew on and the hem. Still. I made progress.

Meanwhile my husband did some additional cooking for dinner: 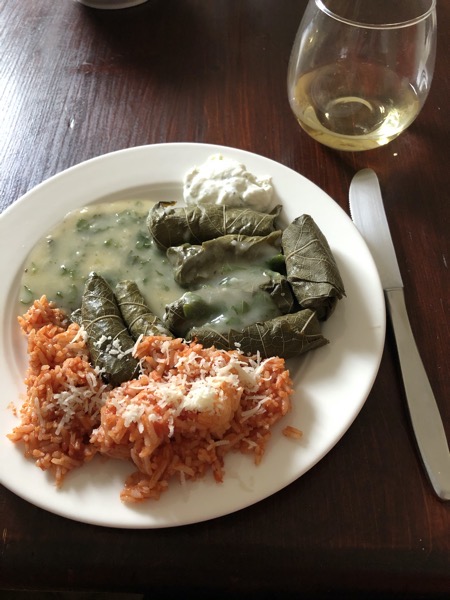 And afterwards the boy and I watched a pretty good Star Trek: Enterprise episode with Ferengis and another episode of ‚Eternal Love‘ I found it very enjoyable but we couldn’t figure out who the guy with the beard and the Phoenix was.

Then I spent too much time on twitter, started writing this post and decided to leave the dirty dishes for another day.

Today I won’t do anything. There will be cake for breakfast and we’ll probably go out for lunch. I think I’ll decide whether to sew the dress’ buttonholes by hand or not. There will be knitting and I’ll probably finish reading the Dresden Files-book.