But it didn’t. Phew.

My alarm went off early but I just stayed in bed an hour longer. I’m a bit tired of pushing myself. Not that it actually makes a difference. So I skipped most of my morning routine. No yoga, no morning pages, no meditation. I made breakfast and ate it and then I pulled out the novel-in-progress and started reading and light editing.

I got the first round of that in before my husband started making his breakfast. The boy was even on time so at around ten I started doing dishes and such, then went off for my walk/run. I have now reached the stage where I have to run for 2 1/2 minutes and then walk 2 1/2 minutes. Again. For once I ran all the running intervals without any walking. Very good: 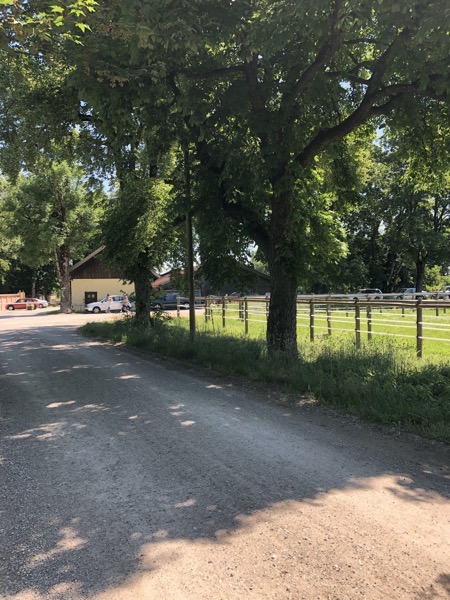 The weather was wonderful, sunny and warm, and there were lots and lots of people out riding their bikes, walking and running: 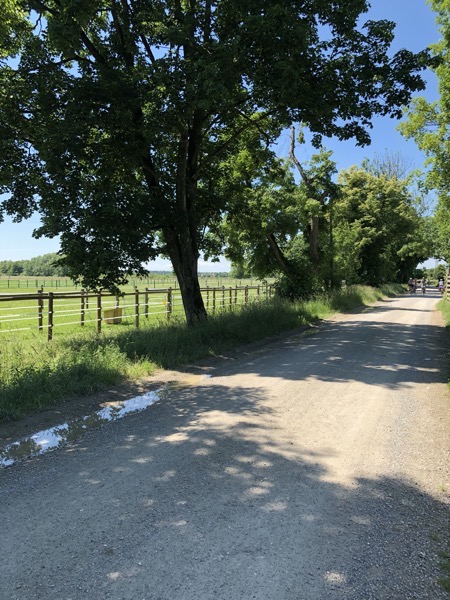 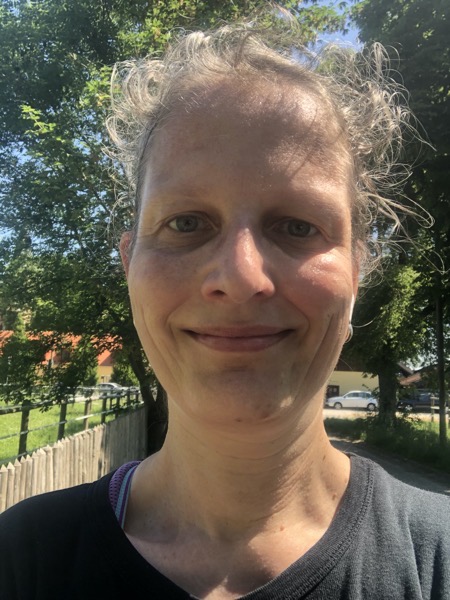 You can see that I’d rather run when it’s cool outside. But the sun was nice.

Back home I dived head first into the pizza-making. My husband was making the dough and the sauce and I sliced and diced and opened jars. Pizza was good as always: 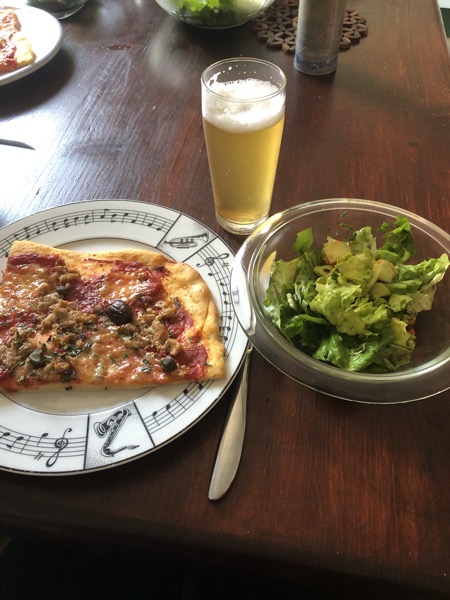 The boy had mushrooms on his.

My plan was to be super-productive and disciplined in the afternoon.

I started out with doing the lunch dishes right away and talking with the boy, so that was good. Then, my husband was back to tell me something. I took a bit of a break. I planned to then watch a video, take a shower, write the email to my students and get the podcast all edited and ready to go.

So I started watching the video, my husband showed up and wanted my help. I altered a list for him, printed it out, dealt with some other paperwork and went back to the video. Twenty minutes later he came to tell me something. Then the boy showed up. I finally took my shower around 4.30. Sat down and tried to focus, was interrupted, tried again, my husband showed up with a load of laundry so I helped him hang it up. And then it was almost time for dinner.

Now, the big question is why I never told anyone to please leave me alone because I wanted to do some focused work. And the answer is because every time somebody was interrupting me I was in the middle of doing something else. My husband is fond of saying that I start every task with a break and he might be onto something. It feels as if I’m procrastinating all the time. But.

As I was observing myself I found that those moments where I tell myself I’ll start soon but I’ll watch this video beforehand? In those moments I was thinking about what I actually wanted to get done in the back of my mind. No, I don’t think that’s an excuse.

For example I was playing a game on my iPad and just about to start writing the email when I was interrupted. I can’t blame anyone for interrupting me in the middle of a video game. But I’m starting to think that maybe those video games and such might be necessary for my thinking process. I had been thinking about that email for two weeks. I was even working on it while out running in the morning. It still took me a couple more hours to get to the point where I could actually write it down. I don’t even need time to sit down and think, I need time to do things that only occupy half of my brain so that the rest can work things through.

Or at least that’s my newest theory. I’ll have to do some experimentation on that.

So. It was time for dinner and watching ‚Firefly‘ and I hadn’t even started doing any of the big things on my list for the day.

Firefly was excellent as ever.

And afterwards I sat down and wrote that email, watched another video, edited the audio for the podcast and got everything to a point where I only need to listen to it once more all the way through and then I can publish it later today.

Never mind that it was pretty late by then. I watched yet another video, a fun one about Iron Age hairstyles:

Remembered to start this post and finally got ready for bed.

Today there will be some yoga, the publishing of the podcast and some more thinking. Also, watching something with the boy before school starts again tomorrow.