I did start the day by oversleeping again until 6.40 or so. So no writing, no yoga, no nothing. But I did make breakfast on time. Didn’t feel good, was in a bad mood and feeling sluggish. The boy went off to school on time with a big case of the dunnwannas as well.

My husband had more things to do than he reasonably could so we hatched a plan. He did go running but only for a short round, then got soda, water and beer, mowed the lawn and did quite a bit of other garden stuff. Meanwhile I cleaned the house and – ordered take-out. In between dusting and vacuuming I decided that I had enough of my technical problems with the podcast, talked with my husband about it and ordered a new camera. I’m declaring it a very early birthday present. I got one that is refurbished so not too pricey. I’m really hoping that that will make podcast-recording more fun again.

The new wifi router came while I was vacuuming. It did take heroic efforts but I didn’t try to install it right away. For once I took into account that something will always go wrong in a project like this and did not attempt to get the new device up and running in the thirty minutes I had left between lunch and my first student.

Lunch was very good, by the way: 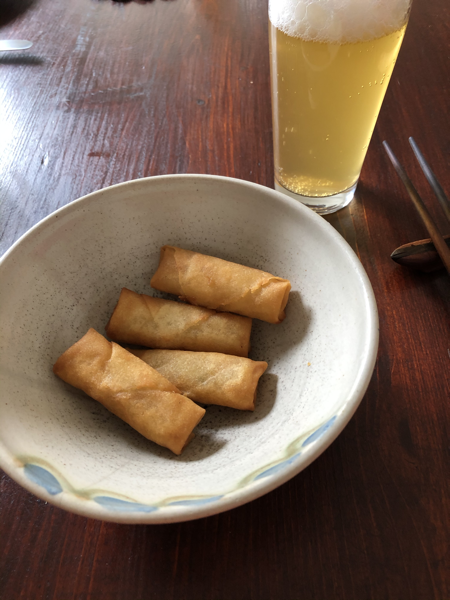 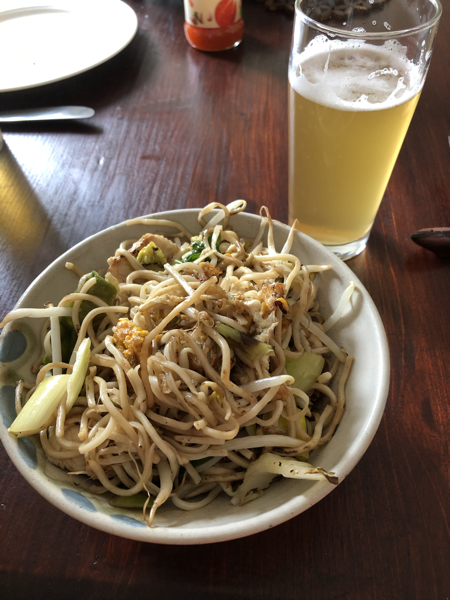 My husband had duck with Thai curry sauce and the boy had vegetarian sushi.

Teaching in the afternoon was more pleasant than anticipated. I only had three students and breaks between them all the way. I did fix the sink stopper in the kitchen. We are now the proud owners of a stopper that fits and is actually connected to the sink itself with a chain. It was with great satisfaction that I put the pliers I had been using to pull out the broken stopper back into the drawer where it belongs. It had been years. (You do all have kitchen scissors, kitchen pliers and a kitchen screwdriver, don’t you? Or is that just me?)

I did a load of whites and hung them up before dinner. The boy and I decided to only watch one episode of „Enterprise“. It was alright. Then I watched the news with my husband and set the TV up so he could watch the soccer match on Amazon Prime.

I started writing this post, wrote in my bullet journal and got ready for bed. I’m extra-determined to get another podcast episode out soon, even without the new camera, because a very nice listener sent me a message on Ravelry that made me realize that there are actually people out there who look forward to my silly little knitting podcast.

So today there will be running and something podcast-related. We will not speak of the newsletter, the novel, the sewing or the piles of stuff everywhere..