Well, I did get more done than I thought I would but the list remained.

I woke up early but had slept enough for once. Didn’t even attempt to do anything resembling productivity before breakfast. My husband got up rather late and was obviously cranky and majorly overwhelmed. That was fun. The boy was almost punctual even though our daily meetings have gone out the window.

My plan was to go running early and skip the dishes but then there were so few of them that I just dealt. Before running I looked into the mailbox, saw that the prescription I had been expecting was already there and went to the pharmacy, mask and all. Of course, they didn’t have it there but had to order it. I’ll get the new meds on Monday. Wish me luck.

I went running. Well, mostly. I had decided to repeat week 7 of the Couch to 10K-program, so I did 4 minutes of running and 2 minutes of walking with 5 minutes each of warm-up and cool down for a total of 68 minutes. That resulted in a great total of 8.4 k. I’m still super-slow but getting faster. I was lucky, there weren’t that many people out with me: 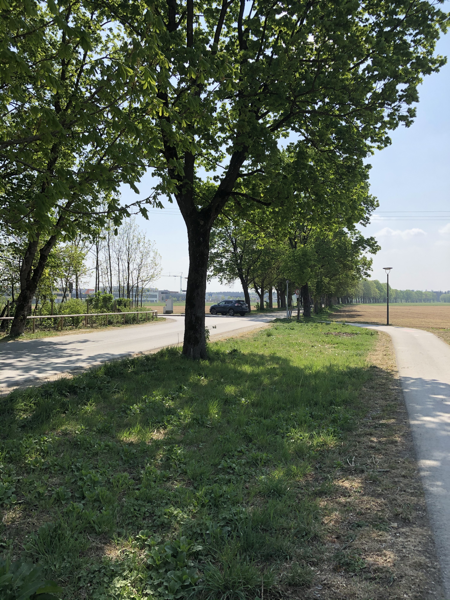 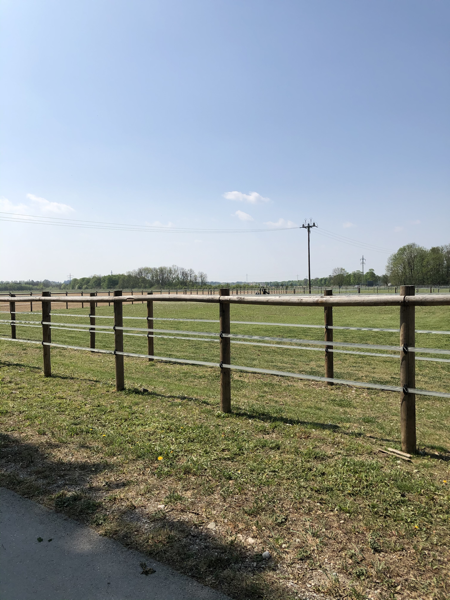 Already looking a little worse for wear at the halfway point: 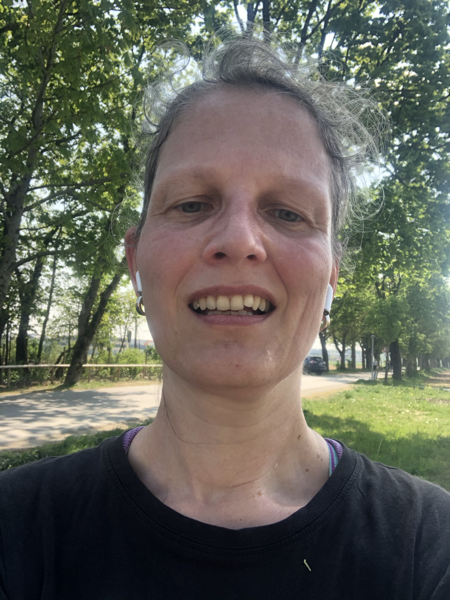 The plan was for me to cook lunch because of husband’s overwhelm but in the end we did it together. First asparagus of the year: 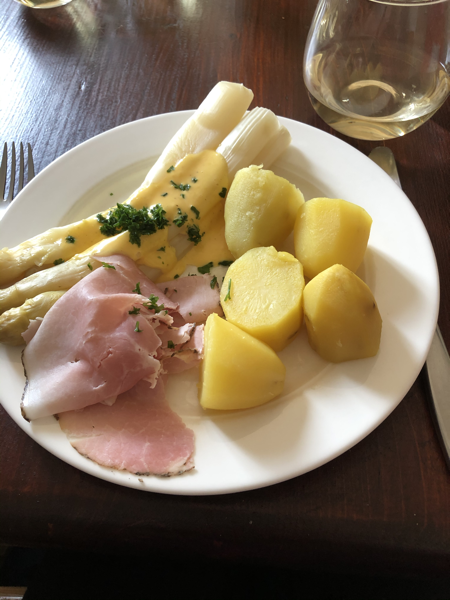 Remind me to buy it already peeled next time. I never get it right.

The dishes, talking with the boy, some reading („Code of Honor“ by April White – so good!) and admin work for the teaching. Also, I finally wrote the newsletter. I had planned to do more admin and cut out face masks but then I met my husband who was enjoying the sun on the terrace and we started talking and there went the rest of the afternoon. But we finally had the conversation we both missed all week. And he had taken my advice of taking the afternoon off to deal with the overwhelm because no amount of hustling would have let him do everything he felt he had to.

Then I looked through my fabric scraps while the boy was cleaning the window in his bathroom and then I waited for him so we could watch some Voyager and such.

Today there will be yoga (the boy borrowed my yoga mat so he can do yoga in the morning), leftovers for lunch and all the sewing in the afternoon.