Woke up around 5.30 again, only wasted an hour or so. I did my five minutes of meditation and then the morning pages. Somehow I only started breakfast at 7.30. There might be room for improvement.

I did write a few words on my novel, though, which is very good.

Since we needed potatoes I then ventured out to the farmer’s market. My mother-in-law also wanted some plus red beets. The weather was marvelous and the market pretty full. I went around nine. I thought it would be a good idea to go earlier than usual because I was afraid they would be all out. Which turned out to be a good idea, the place where I got veggies was looking like they would close early because of lack of stock. The potato guys had a sign out: 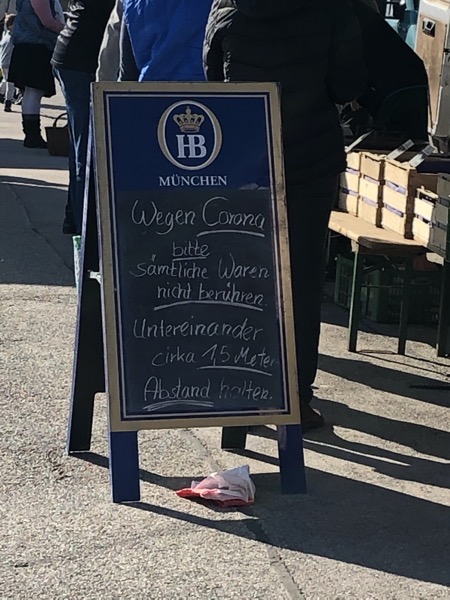 „Because of Corona please don’t touchtone wares and keep a distance of about 1.5 meters between each other.“ It was slightly weird to see the queue winding around with people standing that wide apart. Of course the rest of the market did not adhere to the rule.There were loads of people and some children running around. I don’t think that it was risky to be there but it was interesting.

I drove my bike trailer home and went walking and running. I’m up to 1 1/2 minute running intervals again and am feeling pretty good about it: 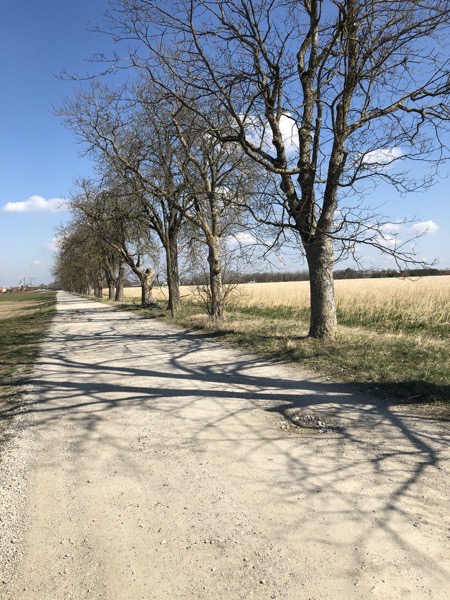 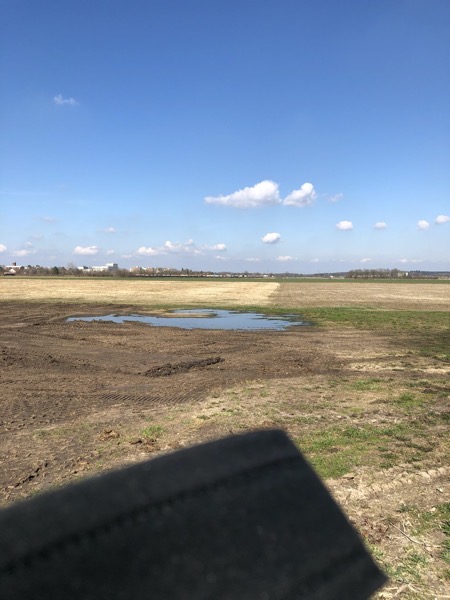 This is where I turned around and promptly met my husband. We walked a bit together and talked until going our separate ways again. After listening to the corona podcast by a virologist and being on the market I felt much better about telling students they could come in for their lessons if they want. Today I positioned the music stands differently. Better view of each other, less chance of breathing in each others’ faces.

We had chili for lunch: 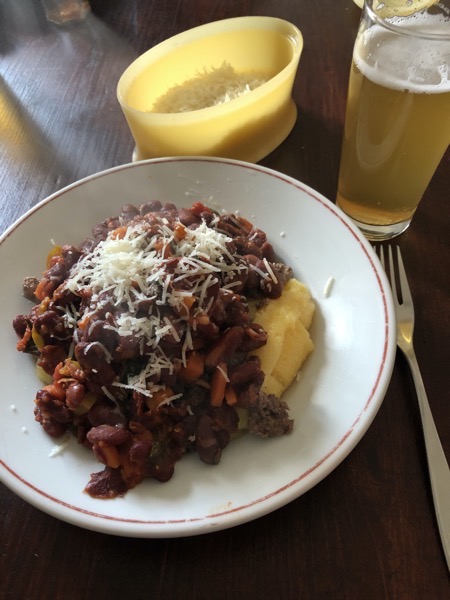 Yes, that’s parmesan. Yes, we put parmesan on almost everything in this household. It tastes good.

That afternoon about half of my students showed up. The one that should have started lessons with me yesterday called to cancel but told me they were still interested. One who came had actually seen the update on our website. One that I had counted on showing sent an email to tell that he is in quarantine because his brother just returned from Italy.

I used my time off to think about the remote teaching idea. I decided that I don’t have to have all the answers in advance and sent an email out to all the students I could saying that we are continuing lessons and that I’d try to teach via video chat all that are interested. I even gave them a choice of three different platforms.

I already got a couple of emails back. Looks like I’ll teach my very first video lesson on Friday. Via FaceTime. I’m not quite sure how and will have to research how to have the student play along with things and how to show stuff. I had already tried Zoom and that lets you share documents and your screen, you can draw on the screen and the student can too. No idea if there is something similar on FaceTime. We’ll see.

Then I helped the boy decorate his room with the sparkling lights he had bought: 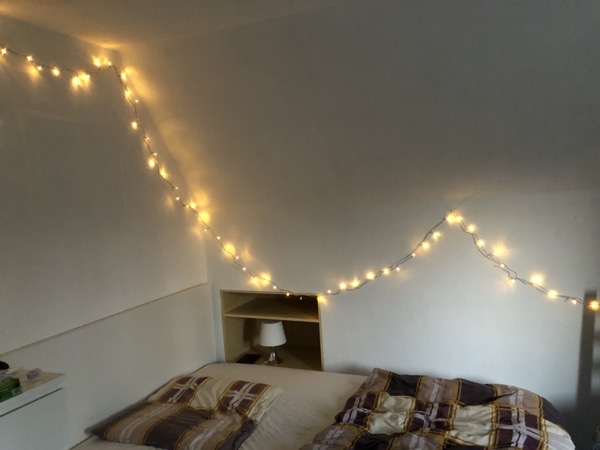 (Strategic camera angle. He is straightening his room up at the moment but hasn’t finished yet. Also, the lights are currently fixed with scotch tape, we’re planning to change that to something more permanent later today.)

I did take a picture of our new sofa for my mother: 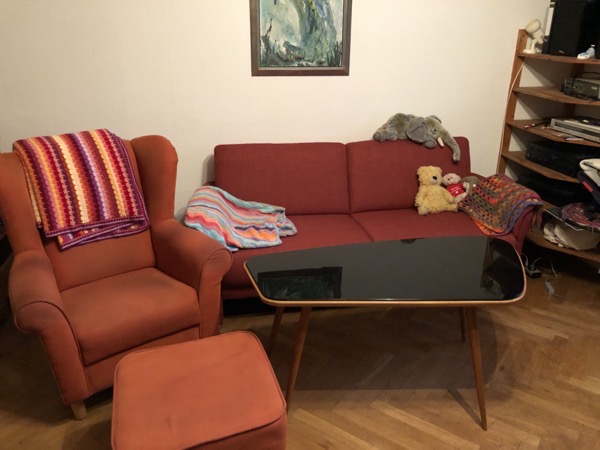 We watched some Star Trek, I knit on the sock-in-progress, then I started this post and got ready for bed.

Today there will be an excursion to the supermarket, some teaching, some more research into teaching online and a lot of hand washing. There might be bodyweight training in the evening and some more Star Trek. I will also badger the boy about finally starting his school work. He has been a little negligent so far.

And a lot of reading the news, still.