Another week that just flew by. I had to look at my journal to see what happened. When there is a lot of stuff most of it just falls out of my head. Lots of teaching.

I only wrote 3,000 words. If this novel ends up being only 60,000 words – as I would like it to – I would be about halfway through. The writing goes faster, seems I have arrived inside the story. I didn’t write all that much, though, because I was prioritizing sleep.

I went running three times and it was fun. I continue to take lots and lots of walking breaks. Am okay with that. The weather was cold and mostly gray. This was on my Monday run, rather early because of a doctor’s appointment: 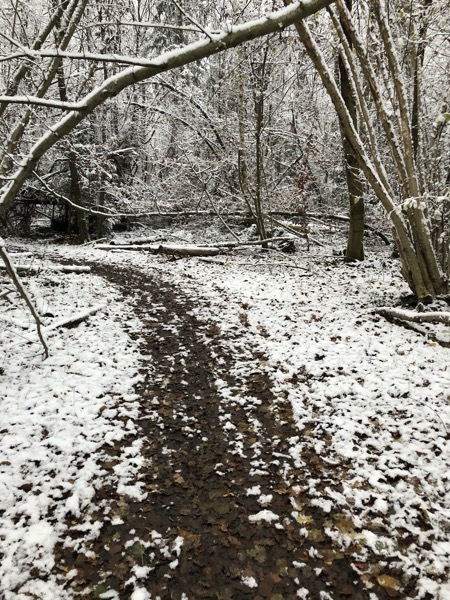 And this was just two days later: 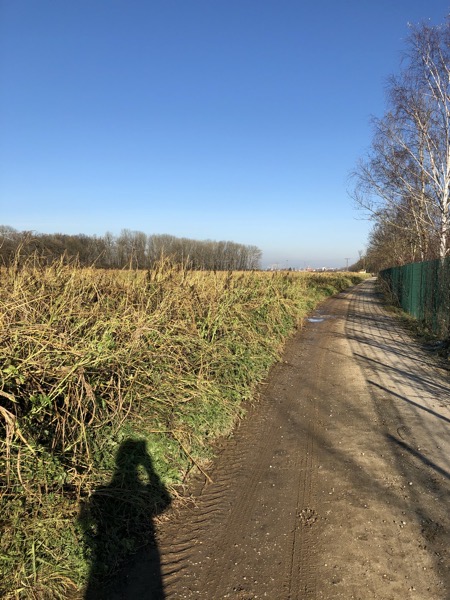 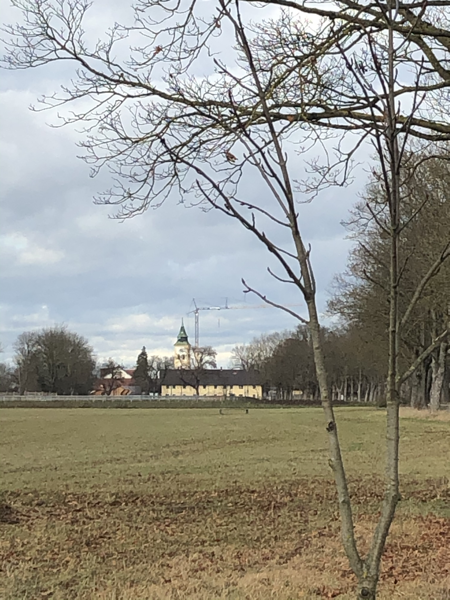 The boy and I only managed to do bodyweight training once. I had three days of teaching late and on Friday he went climbing with a friend.

Lots of teaching. Met another potential new student and called another one on the phone. I think I have found a pretty good system for lesson prep. For now.

I did start the week with a thyroid ultrasound. Things are looking okay but it’s always those side remarks that get me. Like, „Well, I guess with that many nodules you’re used to the ultrasound taking ages by now.“ Um, okay? They all seem to be the same size as last year so that’s good.

I felt like I was battling a cold all week but so far I’ve won. With all the singing teaching I often end up with my voice a little strained by the end of the day but I hope that that gets better with training.

I did start taking daily naps a week ago and so far I like it. It’s often hard to squeeze them in but I think they give me a little more energy in the afternoons so probably worth it.

I ordered all the Christmas presents and most of them have already arrived. I had an epiphany on Monday while reading Eric Barker’s post about the four secrets for having an awesome marriage. My husband kept saying that NaNo makes me cranky and I insisted that it wasn’t but I then realized that with all that pressure I give myself permission to not be as patient and nice as I usually try to be. Which makes everything less pleasant for all of us. (It isn’t my husband alone, I also snapped at the boy.)

So I started prioritizing sleep and writing again and did not allow myself to flip off the handle and, lo and behold, everybody feels better, myself included.

I also continued to read „Time Management for Writers“ and am now getting into the good stuff, the things I didn’t know before about getting both the craft and the business things done.

When thinking about how and when to do the non-writing part of the publishing thing I realized that one reason I’m not making progress might be.a lack of proper tools. So I have ordered a new monitor for my computer. The 13“ laptop screen is rather small and when designing websites and book covers it feels rather cramped. I hope that this new tool will actually make a difference. It might also be a case of procrastination. Only time will tell.

I read „His Royal Highness“ and loved it, very unusual conflict, refreshing read. It gives a nice spin to both the princess and the rich guy trope. Other than that I spent a lot of time reading the stories from my Holiday Spectacular calendar. I get the daily story each evening at around seven and then read it right away most of the time. I also seem to collect holiday themed novels but I’m not actually reading them at the moment. This morning I started „The Flatshare“ instead and am already a quarter in.

I still didn’t feel as rushed last week as the week before, seems my husband might have been right about NaNo stressing me. I did manage to get the podcast published in time, having four days between recording and cutting it was a little weird, though. Next time I might try to record and get it ready on the same day but I couldn’t do that because we went out on Sunday evening.

On my husband’s sweater I made great progress. Until I had the brilliant idea to compare the sweater-in-progress with the one I was modeling this one on: 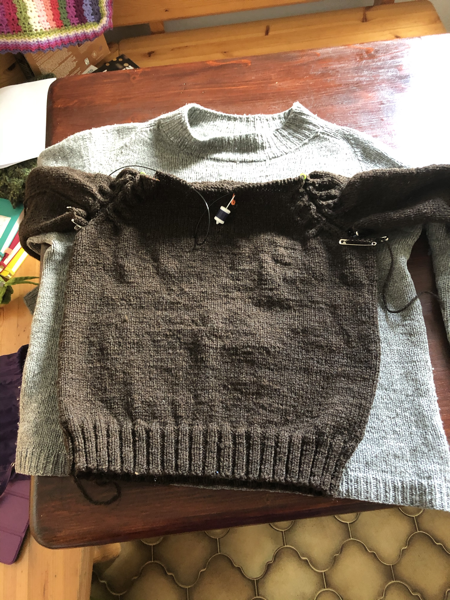 Yeah, that didn’t work. The gray one is a little too wide but not by that much. And the lesson I learned? If you wing a sweater it might be a good idea to whip out the tape measure now and then and compare the thing you’re knitting to the measurements you took. Especially when the thing you’re working on feels too small.

And just yesterday my husband and I finally made plans for the trip we want to take around his birthday in January. We already booked a bed and breakfast and will stay in Salzburg for four days. Hurray! Not knowing where to go was stressing us both out a bit too. I’m really looking forward to that little getaway.

Again, there will be quite a bit of teaching. The boy has a thing on Tuesday and a chemistry test on Wednesday. I want to knit a lot. Watch a couple of „Star Trek: Discovery“ episodes which I’m really loving at the moment. I am hoping to write more words, 7,000 would be ideal.I might have to resort to lock my phone and computer before breakfast again.

My new monitor is supposed to get here today. I’m hoping that will make me super-motivated to do all the design stuff. It’s all very exciting, with the new OS I can use my iPad as a graphic tablet and all.

Getting enough sleep would be great, naps and all, and running four times would be wonderful. My husband and I have plans to go grocery shopping together on Tuesday (it’s a date!), then look at couches and go to an all-you-can-eat buffet for lunch. Fun!