Phew. Not the easiest of weeks. It was made a little harder by the lack of recharge time the weekend before because of that party we went to.

That was my main focus all week but I still didn’t write as much as I had wanted. I did manage to write every day for as long as I felt I could and would be happy with the result if it hadn’t been for the fact that all that writing was not enough to get ahead on NaNoWriMo. At the moment it looks unlikely that I will ‚win‘ this year.

Not as much as I wanted again, strength training, stretching and yoga didn’t happen at all, I did go running twice and enjoyed it: 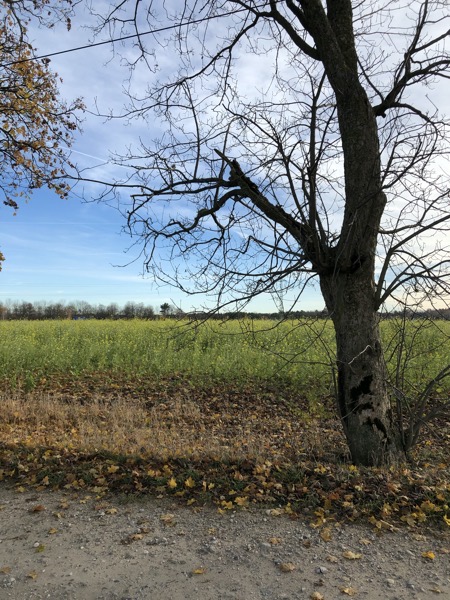 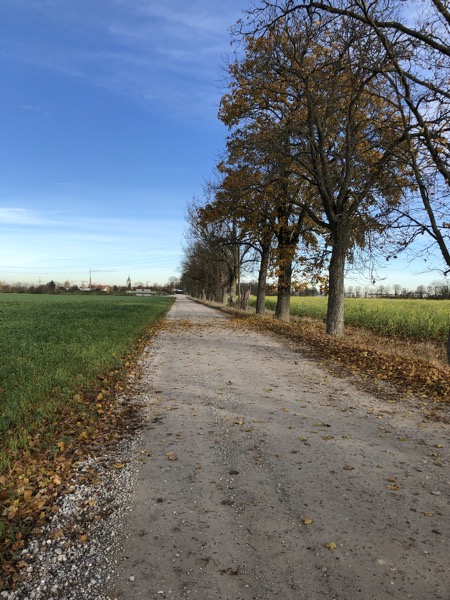 That took the big chunk of my time and energy. I taught two more new students which is good. My teaching hours are changing rapidly. And that means that my schedule isn’t working anymore. Lessons are often starting earlier than before and instead of getting off around six I am now teaching until seven or a little later most evening. Which means doing strength training between my last student of the day and dinnertime isn’t really working anymore. It’s just unfair to make the boy wait that long. Plus, working out when it’s an hour past your regular time to eat is no fun.

I’m sure my teaching schedule will change again soon, that’s how it’s always goes, but for now I need to change things around a bit. Not this week, though.

Apart from the lack of exercise I also didn’t sleep enough at all. The weekend started that trend and then I just didn’t recover from it because in the evenings I usually was so beat that I wouldn’t find my way to bed. Twice my husband felt the need to feed me dinner after work which resulted in me a) eating more than I had wanted and b) just staying seated at the kitchen table indefinitely. By Tuesday all I could think of was sleep. And food. And having a beer in the evenings.

By Thursday I thought it would be a good idea to eat a whole pint of ice cream for dinner, have a beer afterwards and then start reading a new Sarina Bowen novel („Man Cuffed“ it is excellent). I stayed up to read the whole thing, then ate some cheese while surfing the web and went to bed at 1.30 am. Not my best move. Funny enough that served as a reset for my habits. While I was smart enough to set my alarm for 6 instead of 5.15 on Friday I was very good with all the things I wanted to get done that day.

Still, not a sustainable long-term strategy. Mind you, that was the week I had explicitly prioritized sleep for the week. And writing. And I relearned yet again that if I don’t sleep enough writing won’t happen, at least not much. Especially not in the evenings. After working late.

So, not the best week healthwise. I am very happy, though, that I did not get sick, a lot of our students are.

I finished spinning the next ball of yarn for my husband’s sweater and went back to knitting on the body. Both sleeves are done up to the underarms. Right now I am spinning more yarn in the mornings and knitting in front of TV because I’ll need more yarn. I am using my spindle instead of the wheel because that way I can make use of those small pockets of time.

I also ordered yarn for the next crochet blanket. I was so cold the past week that the Sweet Pea blanket has gained a permanent place on the kitchen bench and I keep wrapping myself in it. I love the colors for the Dahlia blanket, not a single shade of blue anywhere, just pleasing reds: 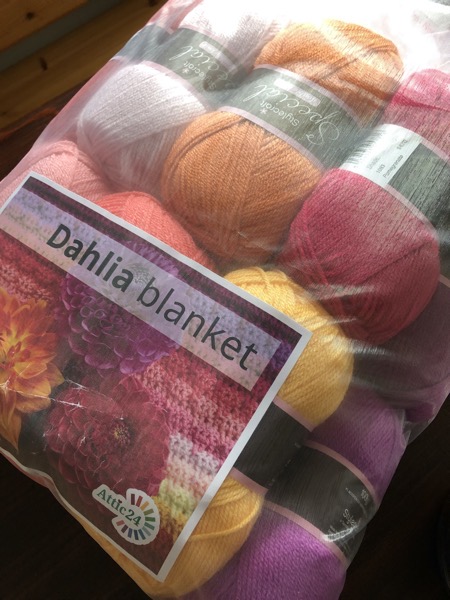 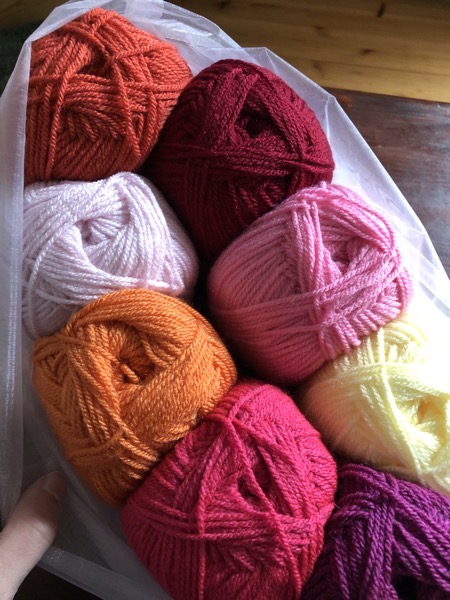 This will be another crochet-along starting in January.

On Saturday the boy and I reached a milestone, we watched the last episode of ‚Deep Space Nine‘ together. We have now made our way through the original series, ‚Next Generation‘, all the movies that exist and a big chunk of ‚Voyager‘. We decided to start ‚Discovery‘ next instead of ‚Enterprise‘ because we’re just so curious. Also I don’t care that much for ‚Enterprise‘. We still have more than two seasons of ‚Voyager‘ to go, so I’m expecting this to take some more time.

We watched the series finale as a family with celebratory ice cream and beverages: 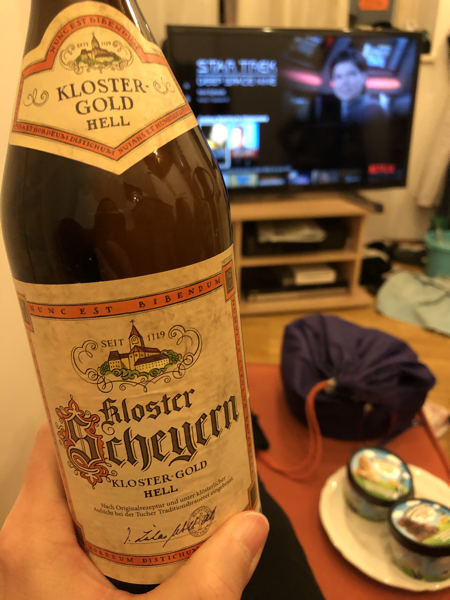 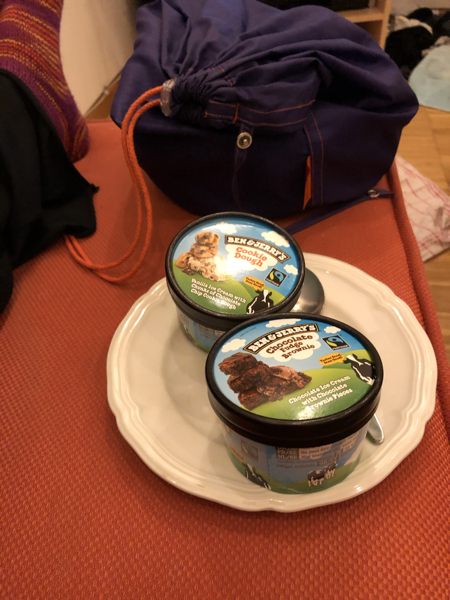 While the last season was brilliant the very last episode did drag a bit but we were okay with that.

There will be a lot of teaching again, about the same as the week before but I’m hoping that getting more sleep and a free weekend will help me navigate that better. I’m still trying to write my 50,000 words even though I’m only around halfway by now. Regular life still needs to happen, though, so we’ll see how that goes.