It feels as if it should be Wednesday or something. And the whole family was feeling like we needed a break again, only two weeks after fall break. Weird.

Well, I only wrote about 5,000 words which mean I have gotten even more behind with NaNoWriMo than before. When I manage to write I like the story even though things are going slowly. But then I started a new story in a different world with different characters in a somewhat different voice, so that takes time. Apparently.

I was rather busy all week and that made the writing suffer. I could have spent more time writing for sure. I still had oodles of time to spend on Instagram and staring at the internet.

Running went okay. I abandoned the running plan and just did roughly 5k-runs three times that week. With no pressure. I decided that the rest of my life is crazy enough that I don’t need to push at the exercise front as well. The weather was gray and cold: 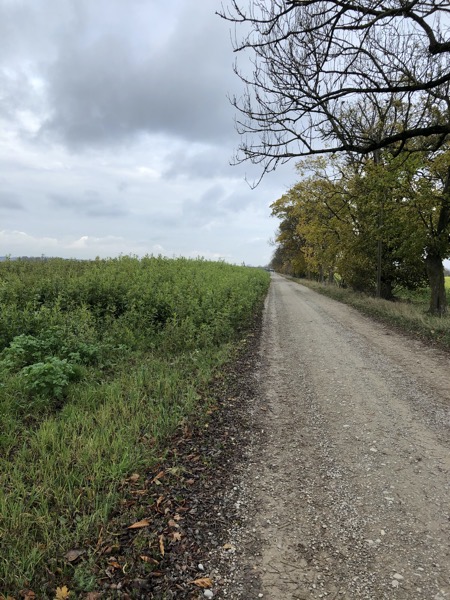 And even grayer and colder: 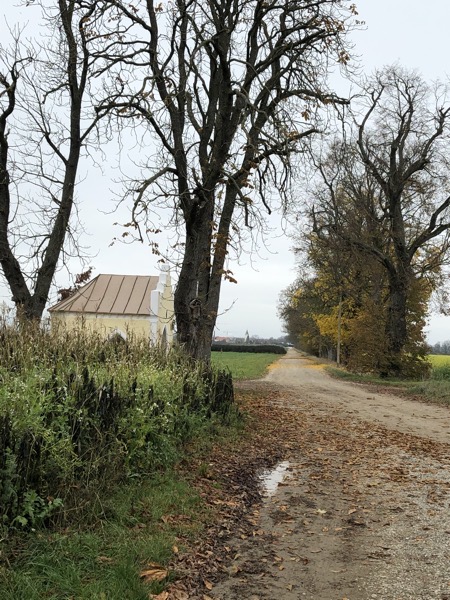 And rather wet one day as well: 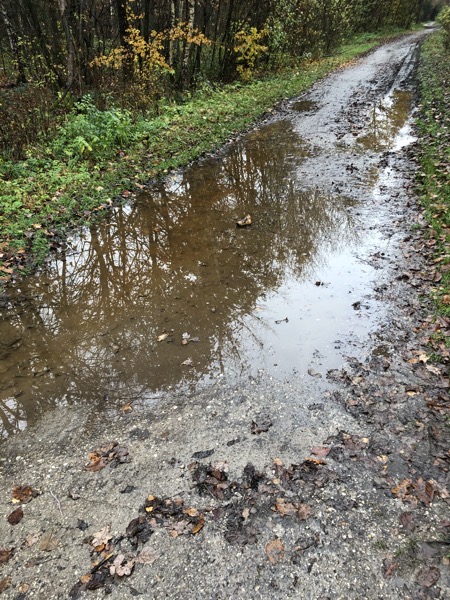 Bodyweight training happened exactly once, on Tuesday. There was another day where the boy and I had a session scheduled but we were both so tired and exhausted that we skipped it. I did some stretching on Sunday. And enough walking to count it as cross training on Tuesday and Saturday.

Still teaching a lot, that week was extra-heavy. I have more singing students than I have ever had in my life. Which is good. But it takes more energy to teach singing where I need to play and sing and listen and focus constantly than teaching for exampled piano, where I mostly just sit on a chair, listen and say, „F sharp! F sharp! With the fourth finger!“. I don’t have to listen for what the student is doing while playing piano and singing myself.

I’m skirting the line between getting a cold and being healthy. So far my voice was only a little rough on Thursday where I have the three singing students in a row. We moved a student around who takes lessons with both my husband and me so that things are spread out a bit more. His lesson with me got moved to a day where I don’t have other singing students and his lesson with my husband got moved from a day where he teaches non-stop from lunchtime until after dinnertime to a day where he has only a few students. Phew.

I only got enough sleep once all week and that has to change right now. It is what prevents me from getting stuff done and from writing. It’s all nice to set an alarm for five so you can write but if you’re zombified all the time nothing good will come from it.

Other than that things are great, no pain, no nothing.

I’m re-knitting the second sleeve for my husband’s sweater and am spinning more yarn very slowly.

We were invited to a big birthday party for a friend of my husband. That dominated our week. We spent three hours on Saturday on getting there and back with construction work on the train lines, busses that didn’t go at the time expected and having to make a huge detour because of how the trains are set up. The party was rather nice, the food and drink was extraordinarily good and I can really recommend the place.

First, there was pumpkin soup: 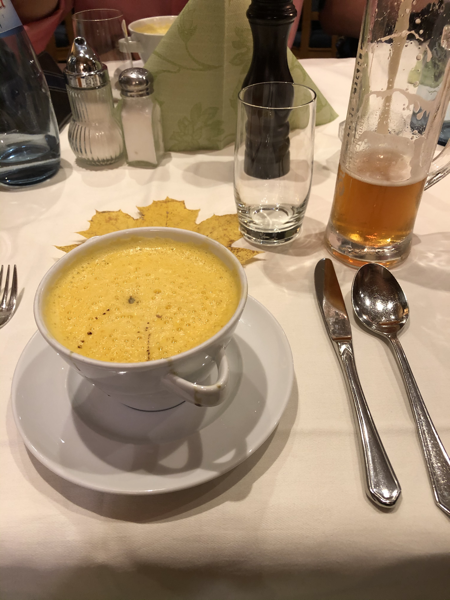 And then I had wild boar on risotto: 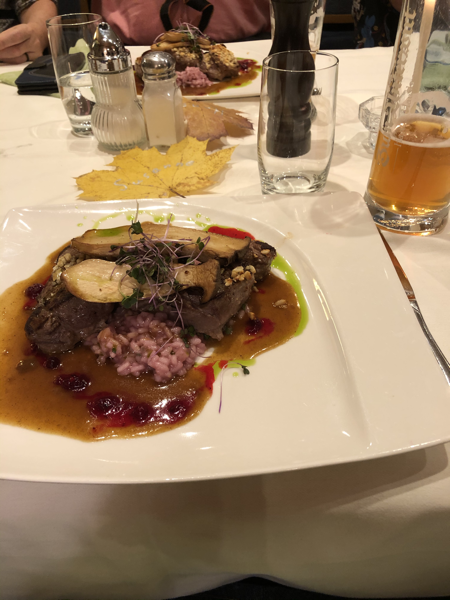 And my husband took the veal:

And they are making their own beer at the place. I have never tasted anything like it, it was just wonderful, mild and smooth, really great.

I think my focus will be on going to bed early come what may. I’m hoping that that will boost my word count as well. I’m at that familiar point where I need to write 3,000 words per day to make the 50,000. So far I have never managed that, so we’ll see how that goes. Right now next week is looking doable but that will certainly change.

I’m looking forward to buckling down with both the writing and the spinning. And the sleeping, the sleeping will glorious!