And we all know how well I do with those.

I woke up from the alarm after a slightly too short night. Started the morning routine and allowed myself to get derailed before writing.

Had breakfast. Started reading „The Accidentals“ by Sarina Bowen. After finishing a Seanan McGuire story. Apparently I have abandoned the crime novel I was reading for now. I also seem to have downloaded about a dozen book samples again. I wanted to buy at least three more but managed to hold myself back a little.

My husband showed up, we talked and talked some more and then it was time for running. Everything went well until I was about twenty minutes in and then I just felt meh about it. Still, the weather was nice and the podcast I was listening to was interesting. 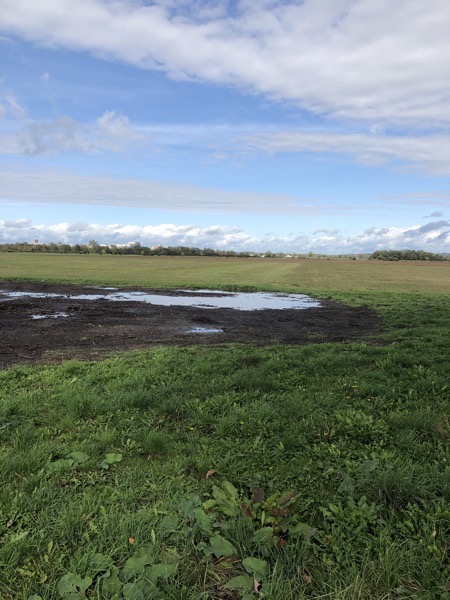 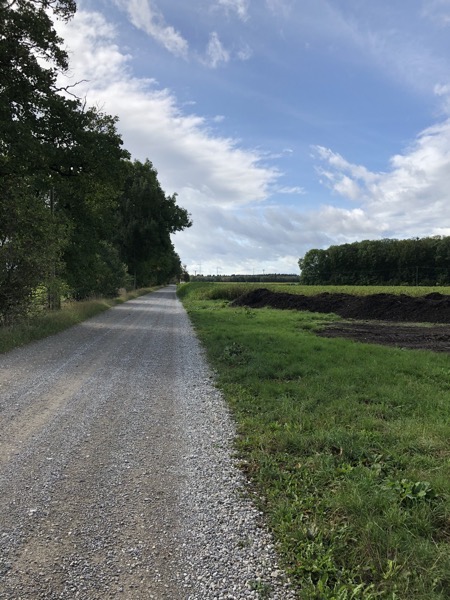 When I came back home the boy was already back home from the birthday party he attended. He left a note saying that he’d come down for lunch.

Half an hour later he appeared in the kitchen, somewhat pale and tired and said that a friend of his was in Munich and if he could go to Munich to meet them. Those are all friends that he met through those MENSA workshops. So he took a shower, got dressed and left again.

Huh. Just like a regular teenager. Who would have thought.

So we had lunch without him, just the two of us: 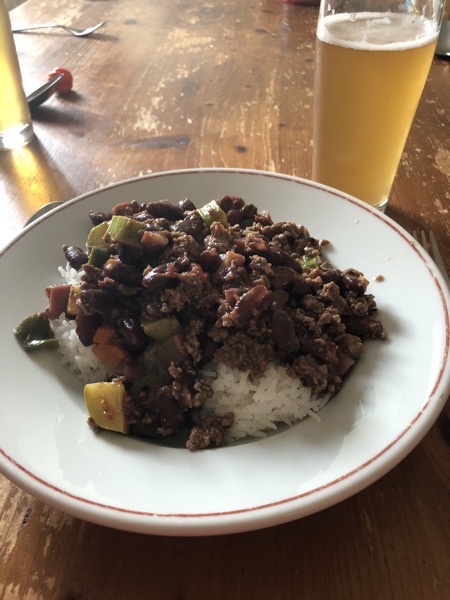 Then I waited until I could take a shower because I thought my husband would want to shower first and I sat there and scrolled through Instagram and read Ravelry and such. Until finally talking to my husband only to find out that he had wanted me to shower first.

Then I packed three packages, two birthday presents and on show return and walked to the post office to mail them. And then I got myself some potato chips, gummy bears and chocolate, walked back home and ate those for dinner.

The boy sent a message asking if he could stay overnight which was a little weird because that had never happened before but we rolled with it.

I watched more of the Marie Kondo show, got myself ready for bed, started writing this post and turned the lights out a little too late.

So. Today I need to get one or two things done. Including folding all the laundry and wash some more. Other than that it will be a slow day, I think.