I woke up at 5.45 from the alarm but the last hour or so of sleep had been rather restless. I kept thinking of things I needed to add to said to-do list.

Because I’ve decided that I’m super self-disciplined a few days ago I managed to meditate, read the „Daily Stoic“ and write morning pages before breakfast. Because I’m not quite as disciplined as I’d like to be yet I did spend the other thirty minutes before getting up with staring at the ceiling first and checking email and posting on Ravelry later. Still, progress.

Breakfast was had, the boy showed up on time, then I wasted some more time trying to fix a problem with my phone. I keeps connecting itself to mobile data without me doing anything. I’m on a prepaid plan which means that each time it connects I’m losing a bit of money. Unfortunately, I couldn’t ind a solution, all the settings are where they should be. We’ll see.

I wrote a few words on the novel before my husband had breakfast, he showed up, I crocheted, we talked about guitars again. Then dishes and the usual household stuff (thought I did not manage to fold the two dry loads of laundry hanging around), then my husband decided it was time to mount the new toilet seat while I called the mother of a student back. Then I helped my husband with the toilet seat.

Which meant I went running about half an hour later than I would have liked. Which meant that I was already super-hungry and it was a little too warm and so I gave in and walked one of my running intervals. It was a nice run, regardless, with entertaining podcasts: 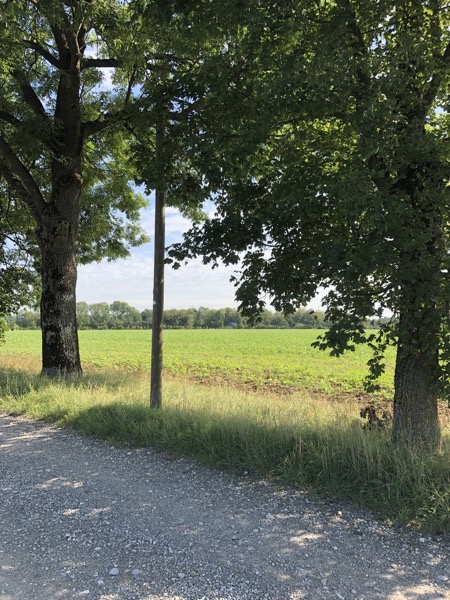 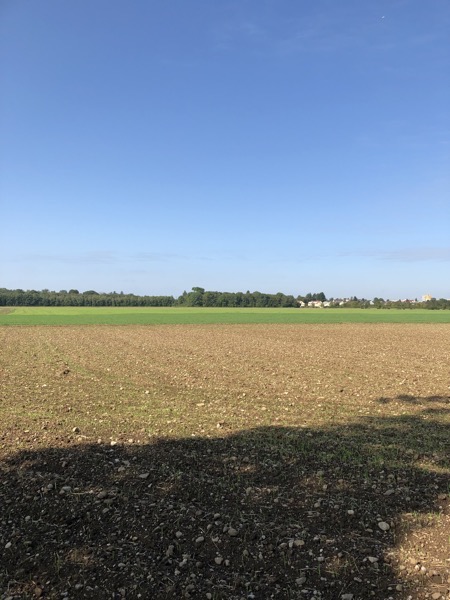 Then back home and onwards to preparing lunch: 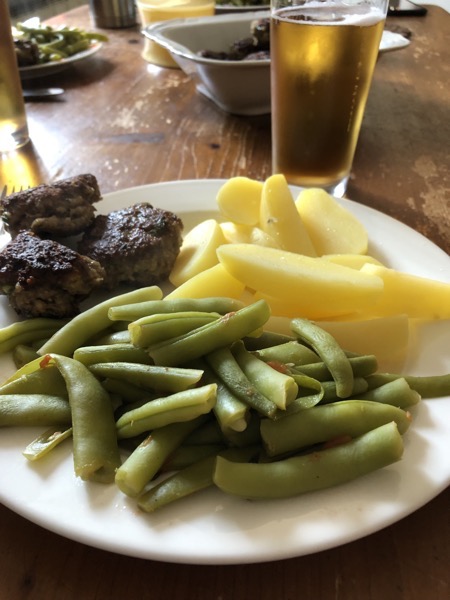 Wednesday is the day my husband likes to eat lunch early because he also starts teaching early. And this year the boy also comes home from school for lunch early on Wednesdays. (And even earlier on Mondays and then he has to go back both days.)

These were the last green beans from our garden for the year.

After that the boy and I did some admin (there is quite a lot of that at the beginning of the school year) and the dishes and then I did my singing warm-up and more admin, this time for the teaching. I made a new list of students and tried to get the printer to behave (I gave up after a while.), and then it was time for my first student of the day.

The second one was a potential new one and I’m thinking that he will start next week. At the end of our lesson he was headed towards the music store to buy a new guitar with his mother.

Then more admin, banking stuff. And two more students and then I was done for the day. With teaching.

I started writing this post, worked a little on the podcast and went to bed early this time.

Today there will be the big supermarket run, a visit to the dermatologist with the boy and then teaching. I’m really hoping that the doctor’s appointment will be on time because I need to be back home in time for teaching. It should be doable. If we run late I might have to run out the door mid-appointment and leave the boy to fend for himself. Which he should be able to do.

Somehow I feel that this weekend I’ll just crash.