I woke up at six after a peaceful night with enough sleep. Did most of the morning routine things but didn’t write. Again.

I did finish reading „Sapphire Flame“ and now I want to read the next one. But I’ll have to wait. Because that one isn’t out yet. And probably won’t be until summer next year.

Then we got ready to leave the house with sunscreen and a big bike pannier with our swimming stuff and towels and such and my husband and I hopped on our bikes and rode 14 kilometers to one of the five lakes not far from us. The boy was left with a few Euros to get himself frozen pizza and sweets. He didn’t want to come with us.

There wasn’t too much traffic and there are nice bike paths all the way and so we arrived at the lake after 75 minutes. Not without me making a big fuss about the gravel path in the woods where I always make a fuss because I’m afraid. As often I did push my bike downhill which is a little silly. My husband is a very nice man and did not make fun of me.

We decided to get into the water first: 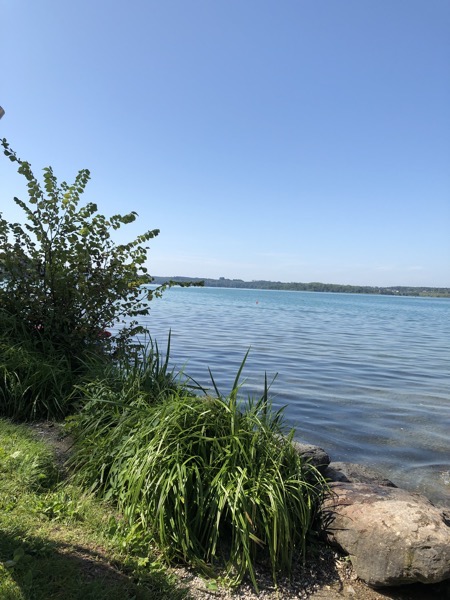 I am only posting this one picture here because there are no people in it but let’s just say that getting a shot without anybody in it proved rather challenging. And while I was taking it there was a man stepping over our towel to get to his sunscreen and a few people passing on the other side with a paddle board. Still, could have been worse. And the lake was rather nice and cool and we did remember to take our bathing shoes, so all was good.

And then we went to a restaurant with a wonderful lake view and had lunch: 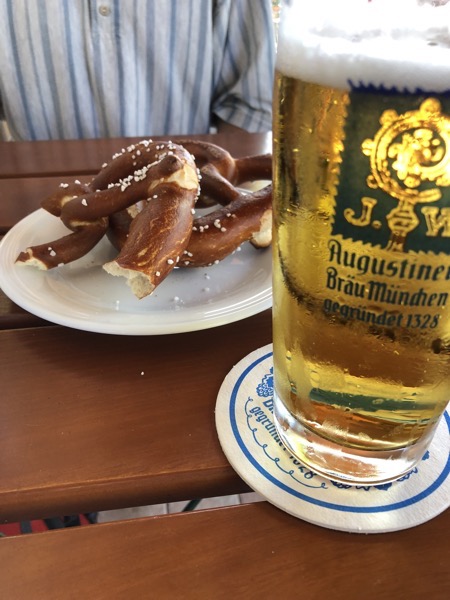 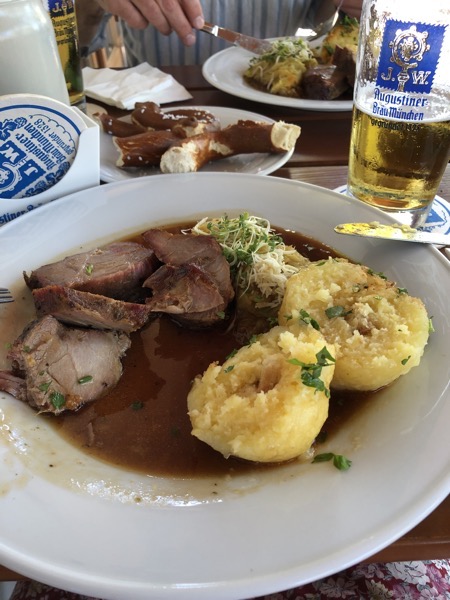 I was pretty hungry at that point and only managed to take a picture after I started eating.

Afterwards we had to bike all the way back while it was getting rather hot. But at least half the way was shadowed by trees so that was good.

We came home around three and I spent the rest of the afternoon lazying around again. And then the boy and I watched some Star Trek and I went to bed again.

Now, today I want to do a bit more, I want to think about what I want to accomplish in September, there will be some stretching in the morning and then we’ll see. As I said, one more week of summer break.

But we already did all the important things, so that’s good.