I woke up from the alarm, turned around and fell asleep again. I felt sick and low on energy the whole day. Note to self: this is what too much beer, too much sugar and too much salt means the day after.

I meditated and decided to have breakfast early and to write afterwards. Yeah, right.

I did a lot of crochet.

I talked with my husband and son and read some blog posts and researched scrum and kanban. It was one of those days where everything feels hard and I almost didn’t go running because I felt nauseous, had a mild headache and putting my contacts in felt way too hard. Also, I didn’t have clean running socks.

Fortunately I know how to deal with these kinds of things, so I battled the dunnwannas, ran in glasses and with no socks. I still feel weird that I am a person who can be totally derailed by the monumental effort of having to put in contact lenses but then I know myself well enough not to battle it. It’s like living with a toddler. 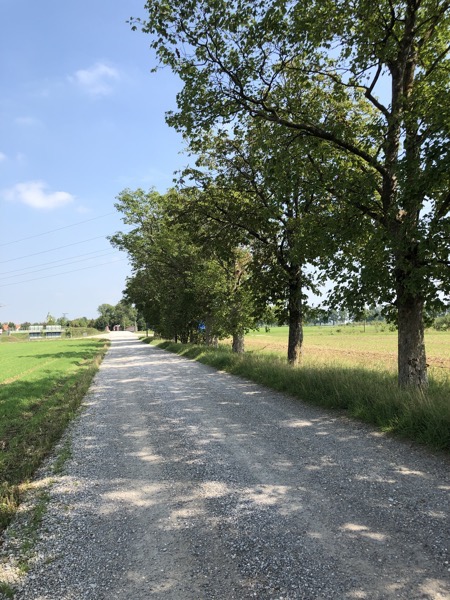 The weather was nice, warm and dry. There were more people out than during the week but that’s always the case on Saturdays. Sundays are the worst which is why we usually avoid them for running.

I came back home late, took a shower and helped to make lunch. Lunch was totally late: 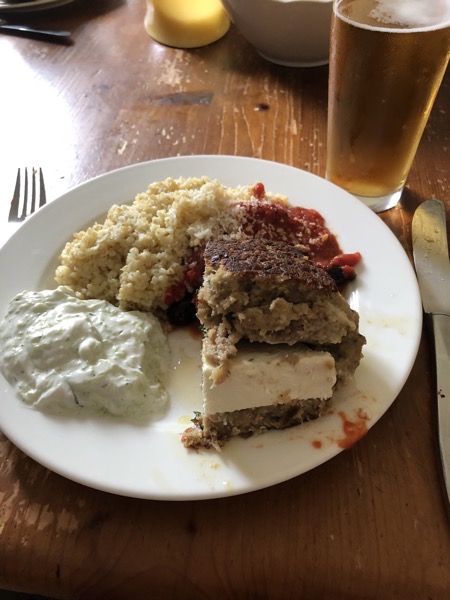 We had planned to make red beet salad as well but it turns out that takes ages.

I then went into the biggest slump of all but I did do more research on scrum for families and Kanban, crocheted a few more stripes on the blanket-in-progress, did the washing up, folded laundry and sat around moaning that I was exhausted and tired waiting for bedtime.

Also I received three packages and am now the proud owner of a new backup drive, five pairs of running socks and a thingy to mount my cell phone to my bicycle. Hurray.

Then it was time for Star Trek and even more crochet and bed.

I’m having high hopes that today will go better than yesterday. I want to do the usual stretching thing with Youtube in the morning, all the writing and such, planning for next week, some reading and more crochet. Of course.