I woke up from the alarm and basically started yawning immediately. I wasn’t the only one, the rest of the family was super-tired as well and the boy was the only one who had gone to bed too late.

I did not write before breakfast. Boo. I did meditate and write morning pages, though. Breakfast, knitting (I think I might be two thirds done with the boy’s scarf.

Then we waited for the boy to get up. Then I waited for a package to arrive. I did the dishes, talked with the boy and then started prepping lunch instead of going for my run so that one of us would be home all the time. The potato salad was almost done when my husband came back and the package with the yarn for my next stripe-y crochet blanket arrived. Then I went running: 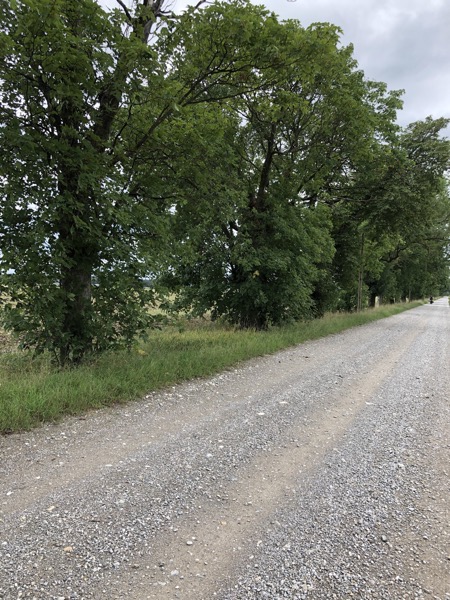 I am at the point in the Couch to 10K-program where I’m running slightly more than I’m walking and this time I didn’t really manage to do that. I always find it harder to run later, just before lunch, because I’m just so hungry then and my willpower is already lower than in the morning.

The weather was great, though, and things are going well: 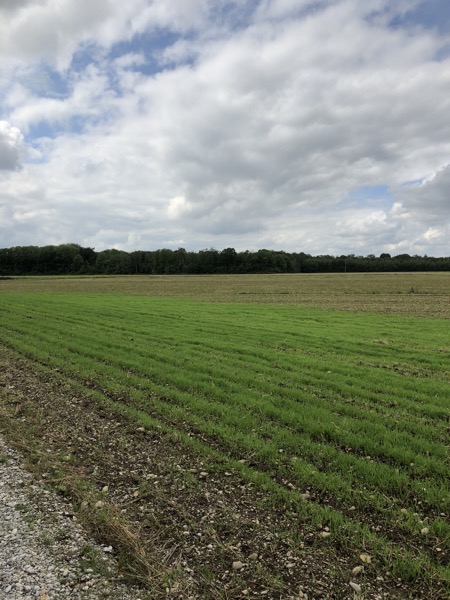 The paths were even mostly dry. Of course I managed to step into a puddle and get my feet wet but that’s pretty normal when you run in those Five Fingers. They are like gloves for your feet and not watertight at all. In fact, I often end up with mud on my socks inside the shoes. (Which reminds me that my running socks are starting to disintegrate and I want to order some more.)

Meanwhile my husband and the boy had gotten the grill started. My husband was determined to have barbecue at least once this year, even though it was too cold to eat outside on the porch. We also had some more zucchini blossoms (until last year I had never had any and this year we are eating them every other day it seems). 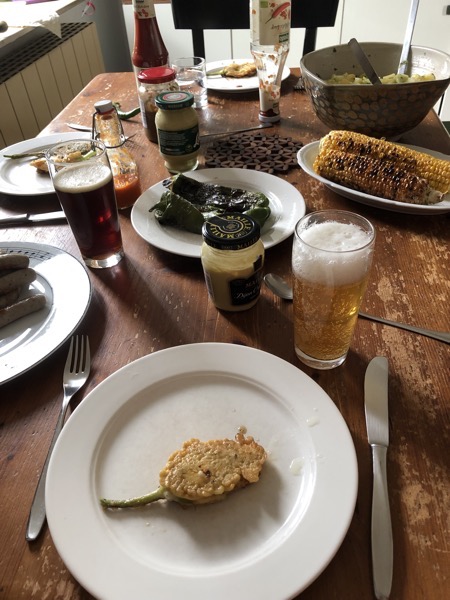 Bell peppers from our garden, corn from the supermarket, my husband is drinking a dark beer that dear Eliandhra had sent me and I’m having an alcohol-free IPA. Just so you know. My husband had neglected to restock our usual (alcohol-free) lunch beer.

And here’s the barbecue. Nothing fancy: 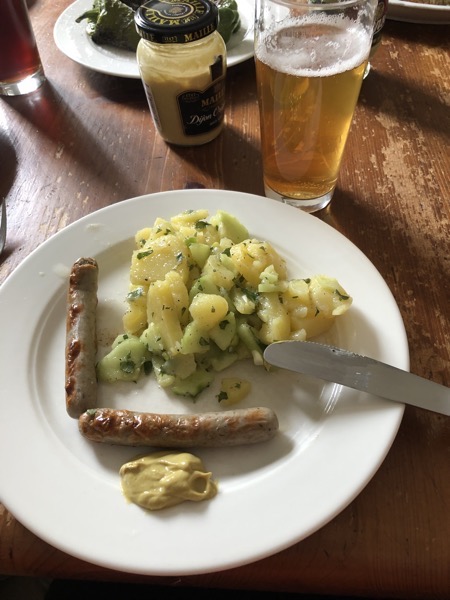 I had more sausages than that, by the way. The boy had actually grilled everything. Even the bratwurst which he doesn’t eat.

Then I finally took a shower, did the dishes and got ready for teaching.

My first student arrived five minutes late with her six-month-old in a great mood but not asleep. It’s always a risk, she doesn’t have child care until late evening so she brings her to lessons. The baby was all smiles and rather excited about her toys so that was good.

Then I had two long hours before the next student and that is always hard. I mean, two hours is a long stretch of time but to use it wisely is something I do not excel at.

I answered email and started writing this post. This time the computer didn’t freeze, by the way.

Then I taught a singing student whom I made practice a classical Schumann-song and then proceeded to show her different singing styles using „Summertime“ as an example. She foolishly had expressed an interest in learning how to sing jazz, poor thing.

Then the boy and I watched an episode of Star Trek while I had one of those excellent dark beers and started turning the heel on a sock. I tried writing more on the novel but was too tired.

Today we might go to a beer garden for lunch but then we might not because the boy is having lunch with his grandmother at the Mongolian restaurant. Depending on that I might go to the supermarket or I might not. If we stay home I am hoping the make progress on the sewing projects, namely the black yoga pants that only need a waistband. We’ll see.