This is actually the fourth try writing this post because my laptop froze up four times in a row. I’m not quite sure why. The blogging software usually saves automatically but apparently not this time.

So. I woke up super-early, wasted an hour or so, meditated, wrote morning pages and decided it would be a good idea to have breakfast first and write later. (It wasn’t.) Which made me somewhat crabby right away. (I seem to be rather good at making myself crabby these days.)

I had breakfast, finished a novel and started the next one, found out that I had neglected to document my reading for a few days, my husband showed up, had breakfast, we talked and we did the breakfast dishes. The boy still hadn’t gotten downstairs.

So we went running. I did almost nine kilometers. The weather was great, cool but not cold and drier than it looked: 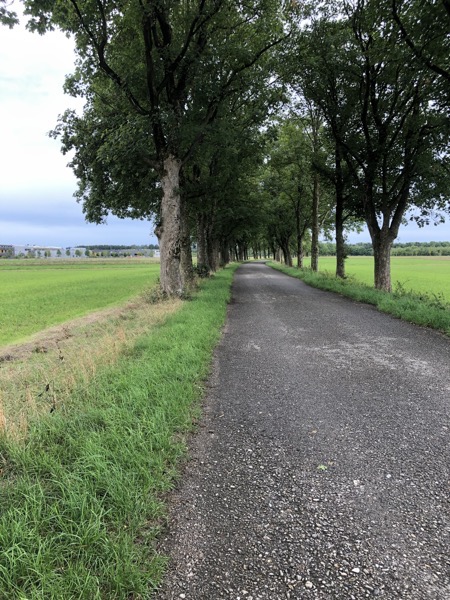 Halfway point. And here’s the view to the right where I came from: 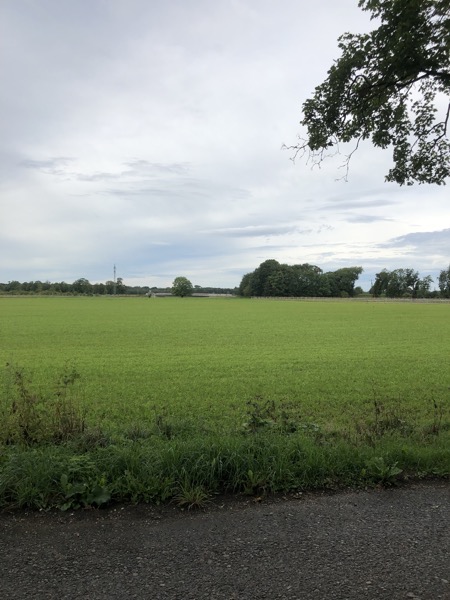 When I came back home my husband was already cooking and it looked as if the boy had had breakfast. Shower, then I helped cooking. Lunch was very yummy: 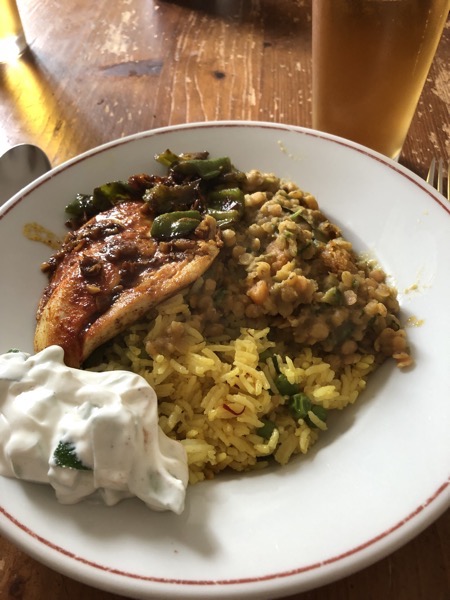 We ate early and that was the first time I saw the boy that day. We did more dishes, I had some chocolate, wrote a few e-mails (and just realized that I had wanted to write another one but forgot), watched a few videos about writing and knitted some more, did my voice warm-up and my piano exercises for the first time in weeks, was totally determined to write and then start sewing but – didn’t.

I started writing this post, the computer froze several times, I finished most of the draft anyway. Brushed my teeth, put the paper recycling bin at the curb, watched some Star Trek while spinning and knitting and went to bed early. After doing my knee exercises. Better late than never.

Today there will be errands and the health food store and an attempt to pick up strength training again. Also sewing and such, you know the drill.