I woke up from the alarm but then had a hard time to get going. And that was basically the theme of the day.

I did manage to mostly clean the house, and I made pizza for lunch:

Because my husband was eating out with a friend. I’m getting better at making the dough but the pizzas are still square instead of round. 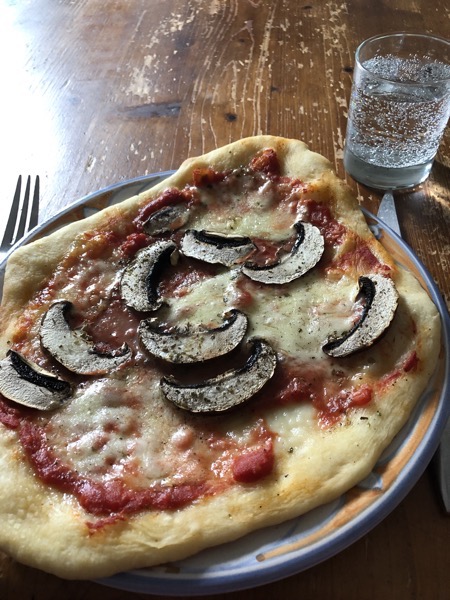 I published the podcast and cleaned some more in the afternoon. Not that I was doing that much cleaning, it was one of those days where every bit of cleaning was followed by some video game playing or reading or something similarly distracting.

The electric kettle was descaled and the water filter cleaned and I watched some more of the new writing lecture. And a video from that online writing summit. Too bad that no actual writing happened. But I’ll do better today.

The boy and I watched some more Star Trek and I spun: 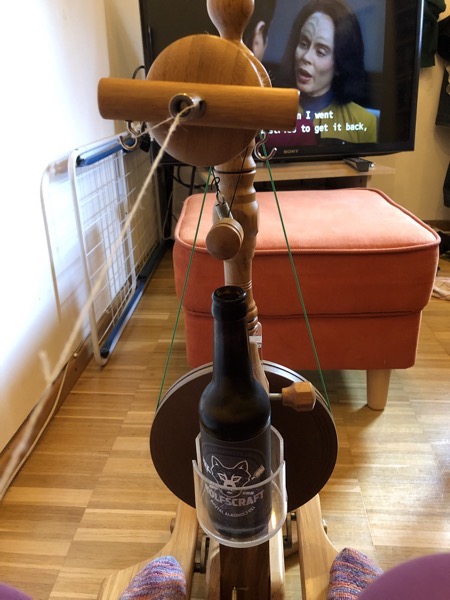 He told me that he likes it better when I knit because it’s quieter.

I did turn the lights out a little late but only a little.

Today there will be writing and meditation and all the things including going for a run and in the afternoon we are invited to the annual garden thing held by the couple who founded the society for improvised music that we belong to. Last year was rather nice.

Which means we’ll ride our bikes for two hours or so as well and in between will sit around for eating, drinking and talking.

I need to remember to pack my knitting and spinning. I’m a much better conversationalist when my hands are busy.