Woke up at 5.30 from the alarm and actually managed to work on the novel for, um, all of seven minutes. There might be some room for improvement. My husband showed up at 7.30 and that threw me off so hard that I apparently forgot to close the boy’s windows. I did manage to go running before it was scorching hot, though, so I count that as a win: 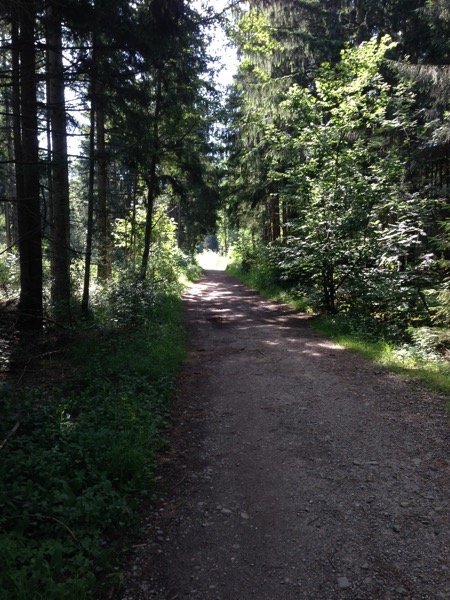 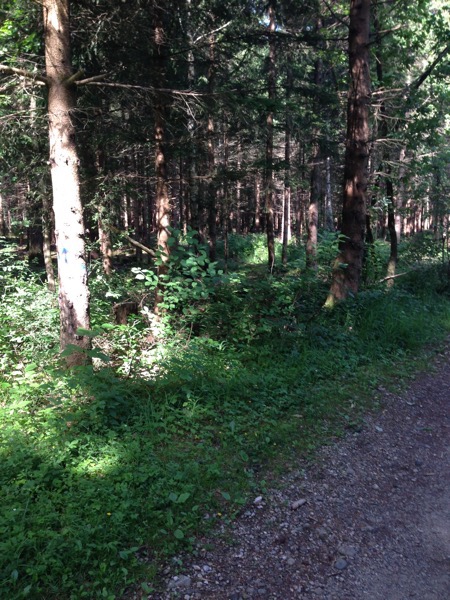 Then there was still an hour before we had to make lunch. Yeah! I took a shower and afterwards my husband said, „The boy’s window is open wide!“ Since I distinctly remembered closing it earlier and closing the blinds we both got rather angry with my mother-in-law who still thinks that opening all the windows wide on a hot sunny day is a good idea.

I wasted another hour. 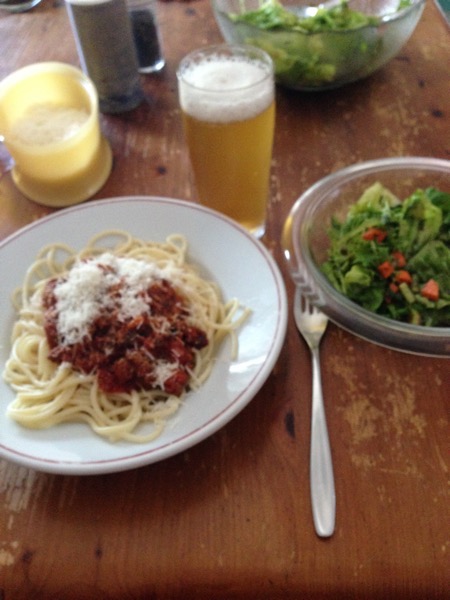 There is produce from the garden even. Salad, herbs, a rather small cucumber and a really small green pepper.

The boy came home from school. We talked a little. I did the dishes. It was hot. There was teaching. In my big, fat break between two students I attempted fixing some layout issues on the blog. I ended up changing the style sheet and then changing it back. I also changed the header image up. All of this took a lot of time and now the type in the image is still not sitting in an aesthetically pleasing place and the image is still squashed up to the left and way too small. I don’t have the patience for fiddly work.

After my last student my husband wanted me to look at the roof he finally put up over one of the wood piles (splendid!) and then I happened to walk into my mother-in-law. Who is going away for five days next week. Both men in the house knew about this but nobody told me. I mentioned that she must have opened the boy’s window in the heat and she said, no, she didn’t. That she hadn’t been upstairs all day.

And that was the moment it dawned on me. I must have forgotten to close the window. And the memory I had of closing it must have been from the day before. And we all got really angry with her for no reason. Well, the reason was that I am a fuzz-head. Oops.

I did strength training for the first time in ages, started reading the new Sarina Bowen book („Superfan“) after finishing „Part-Time Gods“ (so good – I want to know what happens next right now), finally got my new microphone but haven’t tested it yet, decided that I was too exhausted to write more and went to bed an hour late.

Today there will be running and more heat and more students and hopefully one or the other productive thing.