I only got about six hours of sleep which made me basically a zombie all day. So, while I did write early in the morning it was only for four minutes. Not quite the kind of writing session I’m aiming for. Still.

I got up and made breakfast in a seriously messy kitchen because we did not do the dishes the night before. The boy was still preparing for the math test he had that day and was a little unhappy about a biology excursion later in the day.

My husband and I did the humungous piles of dishes after his breakfast. And then I went on my first run/walk in two weeks: 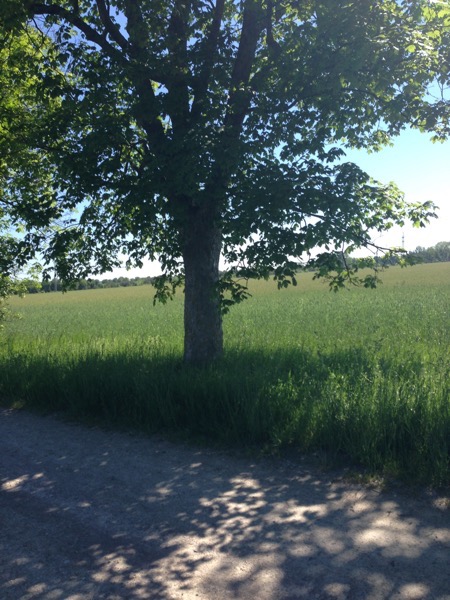 Things with the blog did not go as well as I thought, I’m still having issues and I’m still troubleshooting. Hmpf. I think I have deleted all the old plugins that cause errors but we’ll see if I’m right.

Then it was time for lunch. The boy was still out with school and we both weren’t all that hungry so we went with something quick and easy (or rather my husband’s idea of quick and easy): 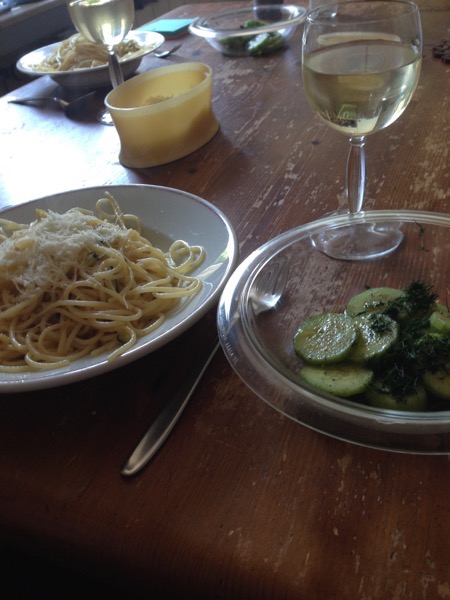 Then I decided to take a nap for once (and leave the dishes) because I was really tired and had planned to record the podcast.

Just when I had closed my eyes the boy came back from school. About 2 1/2 hours early. But it turned out that he actually liked wading through a small stream collecting specimens. Even getting his feet wet and dirty. Who would have thought?

So I got ready and recorded a podcast episode. Recording started with one computer freezing and ended with the other stopping the recording because there was no more disk space.

I did record a rather hurried ending, especially since my first student was due five minutes later, and saved the video to an external hard drive. And then I went on to save all the videos there which took hours and hours. The plan is to free about 100 GB of space on the laptop’s drive so that I can record in peace.

I also researched the „Thunderbolt cable slipping out of socket“-issue and found that that’s rather common. Unfortunately I didn’t know, otherwise I would have asked for a replacement socket when the machine was still under warranty. Meh. But there must be a way to fix this problem. Apart from buying a new computer.

Then I taught my students for the day. Started assembling this post, did my bodyweight training, did the dishes – finally – and actually did go to bed early for once.

Today the plan is to go to the health food store, maybe do a short run, teach all the students including one potential new student, write and go to bed early yet again.