I slept in and only woke around 6.30. No meditation, nothing, I just enjoyed the fact that I didn’t have to get up on time.

I had breakfast rather late around eight and the boy showed up earlier than my husband because he wanted to go to Munich to check out the physics department of the LMU.

So we all sat there together for a change until the boy had to leave.

My husband and I went running after doing a few household chores. I only did a lazy 5k with way more walking than running: 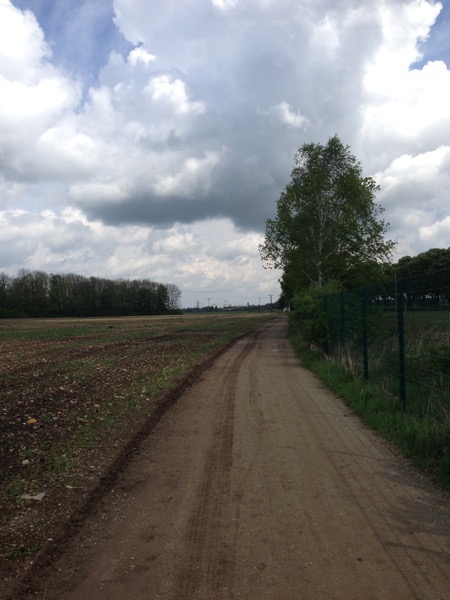 We were lucky, it was supposed to rain and even snow but it didn’t in the morning. But things are much greener right now: 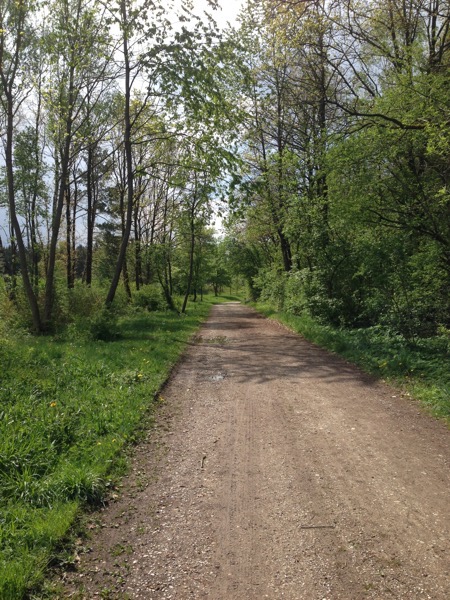 I came back home and helped to make lunch: 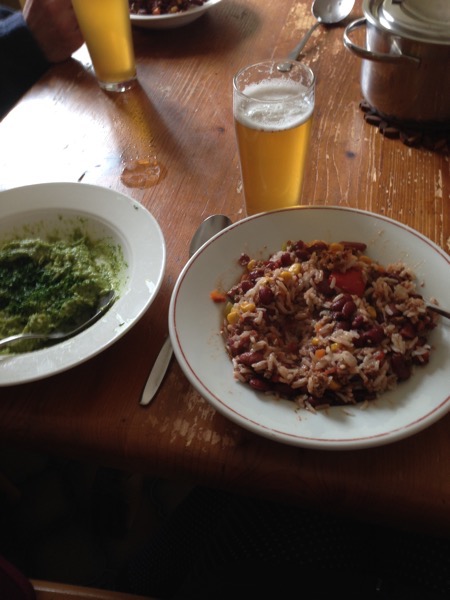 Chili again because we wanted to make guacamole.

Then I read a little, went online and started looking for pictures because Eliandhra had asked me about the white sweater vest I had talked about in my podcast. I have a distinct memory of seeing a picture of me playing piano at a school concert wearing that thing and I knew that I had an actual photo because my mother worked for the newspaper and had gotten it for me.

Well. About an hour later, after looking through all the places that picture could have been I found:

After that I folded 2 1/2 loads of laundry and put them away and hung up a new one, and then the boy came home from his little adventure. He was all animated and happy because he got to listen to an actual physics lecture with formulas and differential calculus that was actually too hard for him to follow. He showed me his two pages of notes and tried to explain them to me.

After that I opened my writing program, looked at what I had last written, sighed, and closed it again. Then I wrote my goals for May into my bullet journal. That is a long and ambitious list.

I think I should give time blocking a try again.

And then it was time to watch some Star Trek with the boy, so I did that.

Today there won’t be much, I want to do a bit of yoga and move at least one of my projects forward, at this point I don’t even care about which one. I also might prepare the next podcast episode and try to record that next week, I’ll see.