Well, I did start writing before breakfast, so that was good. And I wrote morning pages. I did forget to meditate, though. It’s always something.

I was all primed to write some more after breakfast but my husband showed up before the boy even left for school. So I just sat there and knitted during his breakfast.

Then I did the dishes and such, went for my run which was really fun and the weather was nice if a little cold: 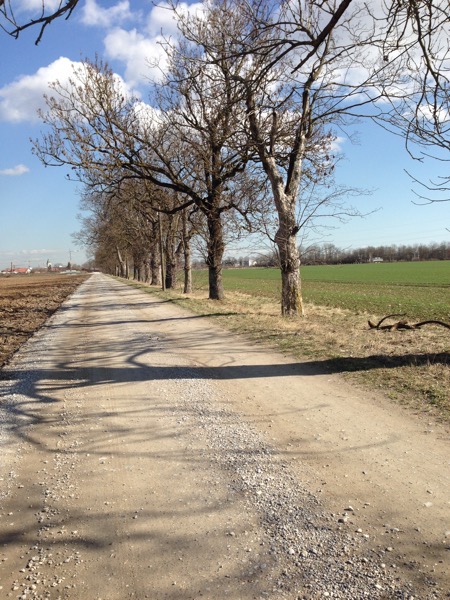 We were pretty early with lunch which was yummy again: 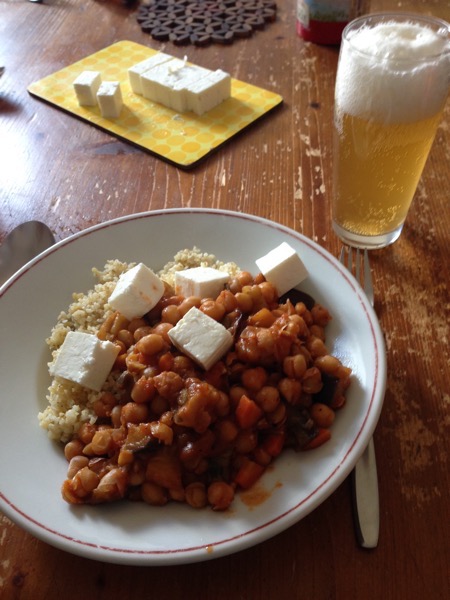 Then I took a break and then I spent some time with the boy. I practiced a bit and taught two students and waited for the third who didn’t show. Then I basically sat around reading (I finished the last „Unlikeable Demon Hunter“-book. I really like the series and am looking forward to the spin-off.) until my last student came in late.

We sang some „School of Rock“ and some Monteverdi (a fun piece where you sing „Let me die!“ over and over, no, really) and then I was somewhat exhausted.

Speaking of Monteverdi, there was also some Monteverdi on the classical playlist for the day. I didn’t care for that specific recording, though. A little too playful with too many recorders for my taste. This one is much better:

But I am fully aware that not everybody has a thing for music of that period. When I studied musicology in Munich most of our classes were on music between the 12th and the 17th century. We had to study Palestrina, counterpoint and Back extensively. Which explains why I have a lot of opinions regarding Monteverdi and how to play it.

And now I want a harpsichord.

I still had half my to do-list for the day left. The problem with that day was not that I didn’t have the time, the problem was that all of my time was in tiny chunks with the expectation of interruption at each point. Not a good thing for writing and such.

At least I refilled my Waterman fountain pen with ink, so all was not lost.

Today will be another fun-filled day, there will be the weekly grocery shopping, the appointment with the oral surgeon to talk about wisdom tooth extraction and then three students with a big break in the middle. Because the student in the middle rescheduled his lesson to Monday. Which I did before realizing that I had just filled half my podcast-recording slot.

The best thing is that I’m writing again.