It’s all about the writing. Which is a little embarrassing.

I woke up from my alarm, apparently, but managed to fall asleep again after that. Something that never happens.

So I skipped my morning pages but remembered to meditate and then made myself write for 25 minutes. And boom! My mood was transformed.

I had breakfast and knitted a bit and I read a lot and started to think about time blocking again and then I spent about half an hour trying to find the place where Cal Newport talks about it in his book „Deep Work“ and then finally resorted to looking it up on the internet.

I then went and put everything I wanted to do in the day into my calendar and promptly ignored it. So I was still in procrastination mode. I went running so late that I met my husband on his way back home, a mere 500 meters from our doorstep.

We ran in a different direction than usual because it was so windy. Better to take a less wooded route. I also forgot to take a picture at the halfway point so here is one of a random street on my way back home: 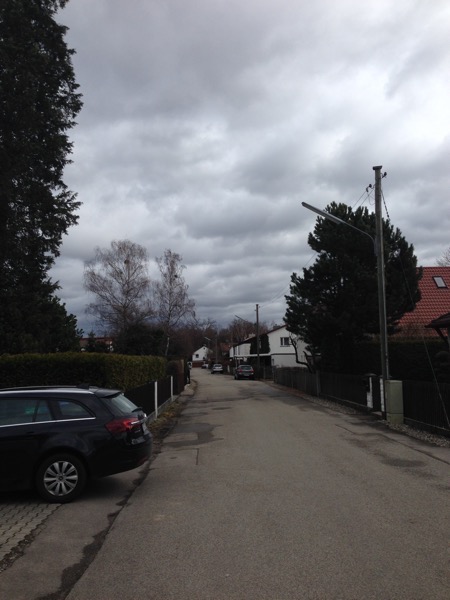 Then we made lunch a little early. My husband insisted that I take a picture of the vegetarian version as well: 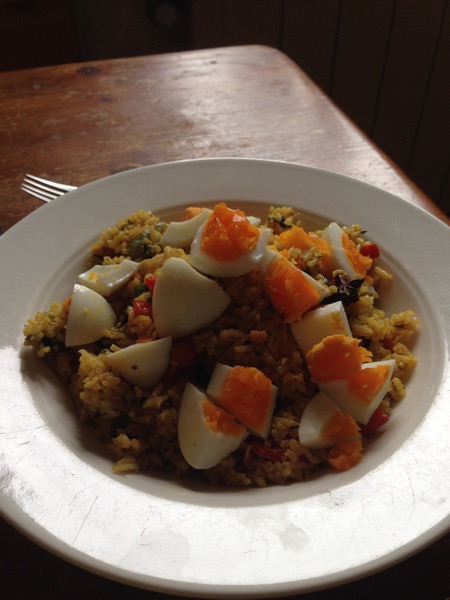 And here with added chicken and shrimp: 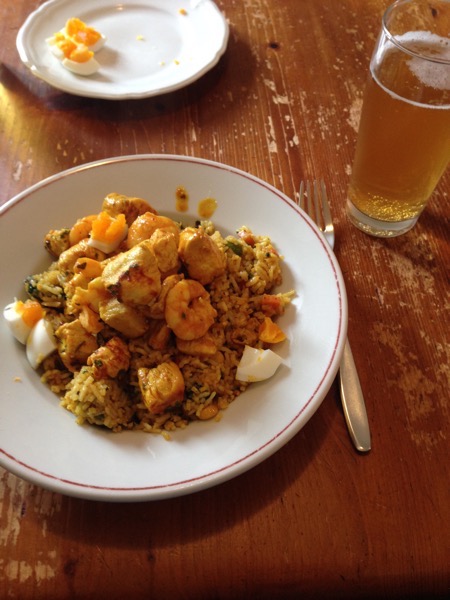 Then I played „Ocarina of Time“ for a bit. My plan was to go in, try the first boss level and go out again but I did manage to kill that boss and advance to the next level. Neat.

Then there was the washing of dishes and the washing of self. I didn’t take a shower right after exercising because I wanted to trim and paint my toenails and for trimming toenails they need to be soaked right before.

So I basically spent the rest of the afternoon sitting around waiting for nail polish to dry. I did finish another book, though, one about rapidly releasing books. There wasn’t really anything new in there for me, apart from the weirdly fascinating fact that there seems to be a huge market for a genre called ‚clean billionaire romance‘. The boy was rather baffled and I can say with confidence that you won’t see any books like that from me in the near future.

Then the boy and I did a little strength training and then we watched one episode of „Deep Space Nine“ (very good but slightly disturbing) and one of „Big Bang Theory“ because the boy was planning to go to bed early.

Then I did some more dishes and read a novel until after midnight. Yes, that was dumb. I am expecting a big book hangover today.

So, not quite as productive a day as I would have liked but not too bad either.

Since today is Sunday there will be some yoga and some writing and the planning for the week and I would love to move some other things forward as well but that usually doesn’t happen on the weekends.

And then it’s time to go back to teaching again.