Despite going to bed after eleven I woke up at 5.17. I gave up on sleeping shortly before six. That did not bode well for the day.

I lounged in bed and finished the novel I was reading, made breakfast and then my husband showed up.

We talked, I crocheted, he had breakfast, the boy showed up about two hours later. By then I was already washing the dishes.

Then I entered research mode for the dyeing/spinning/knitting project that came to me the night before: 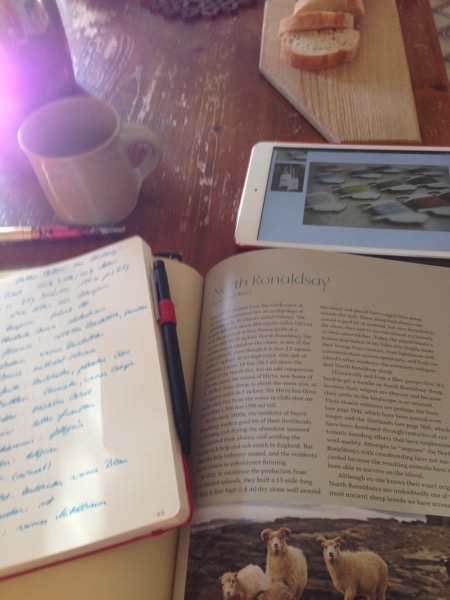 Then I called my mother on the phone. Everything was fine, only my father had apparently driven about 120 kilometers to see an optician of whom he thought that he could help him with his eye problems. (Yes, the guy who has trouble seeing was driving himself on the Autobahn.)

The optician seems to be a sensible man because he told my father to go and see a doctor. My father is diabetic. When you have diabetes one of the first things you are told is to have your eyes checked regularly because the damage that can be cause by high blood sugar levels and high blood pressure are one of the leading causes of people going blind.

Since my father was afraid of having to have eye surgery (or any surgery at all) he thought not going to the doctor would make things better. Um, dumb plan.

I might have spent some time researching the subject. And the thing that both my parents don’t get – as far as I see – is that the damage done can’t be reversed. I don’t really think that there is a way to make him see better again.

Then I did some yoga. As mindfully as possible.

Meanwhile my husband had reheated the lasagna we made the day before, then we made some fresh salad. Lunch was delicious: 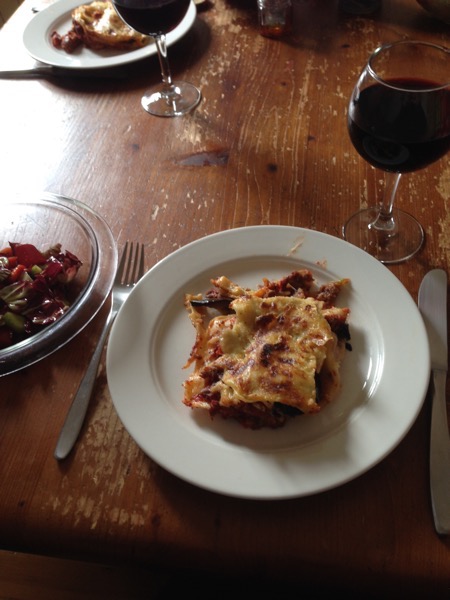 Then I read some more, played a video game, crocheted a bit, read stuff on the internet, thought about the project and the podcast and the boy’s haircut, finally did the lunch dishes, played around with the last podcast recording and actually found a way to do damage control if the sound problems with the podcast pop up again, planned the next week, changed the sheets on my bed, did strength training with the boy, watched Star Trek while spinning and crocheting some more, eyed the next novel and closed the document again and went to bed early.

It’s funny, that day felt like I hadn’t done a single thing but if you type it all out like that…

Today there will be running and teaching and lesson prep and writing. I am aiming for another early bedtime.