I seem to be sleeping rather well these days, I got woken by the alarm again. I did the usual meditation and listening to classical music and peering out the front door to see if the sidewalk was frozen (it wasn’t), made breakfast, had a quiet boy sitting at the table (not unusually quiet, just normal quiet) and my husband only showed up after the boy had left and I had written for half an hour.

I crocheted a bit and we talked and I did dishes and dawdled and booked a train ticket for the boy for Easter break. I had to go through the whole process twice because I misremembered my credit card’s security code. Hmpf.

Then I tried running but the paths in the woods were so slippery that I gave up early and only did 3 k instead of 5.

I helped a little with making lunch, took a shower, ate: 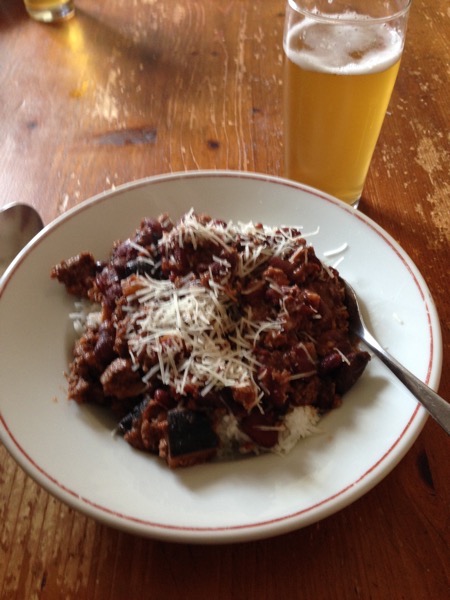 Watched a youtube video (it was writing related!), practiced a bit, made a new orthodontist appointment for the boy, worked on the book cover design course for a bit and played around with my new light for recording videos a little. Then I got a phone call from a student’s mother because the student was sick which resulted in her coming over with her younger daughter who will start recorder lessons with me next week.

Then I taught my regular students and then I had another potential new student, this one adult and rather busy. I put a new E-string on his guitar and I liked him very much. It will be a few weeks before he has time enough to start lessons, though, so we’ll see how that goes.

Then I got a message from my mother that the apartment next to their house is still free for the time we’d want to come visit so I booked more train tickets, this time for the boy and me visiting my parents during Pentecost break. My bank account is feeling the strain but I’m happy that everything is well organized this far in advance.

I made the boy practice piano, started this post, and then had about an hour for other things until the ALLI Advanced Salon with Orna Ross and Joanna Penn. That one was rather interesting, highly recommended. Well, if you’re interested in self-publishing.

Watched that while doing more crochet in bed, read a bit and keeled over.

Today there will be shopping at the health food store and another errand, strength training and as much other stuff as I can possibly fit it. Well, that and breaks and such. You know me. Person least likely to develop burnout.