That’s what we call it in Germany. Today the shops will be open again but yesterday all was pretty quiet.

I did sleep until six, wrote my morning pages, read a bit and got up. Had breakfast, thought about my Owligan-dilemma and decided to rip the whole thing back and start over.

Ripping it back took two hours while my husband was building a fire, making coffee and tea on said fire, having breakfast and got ready for his run: 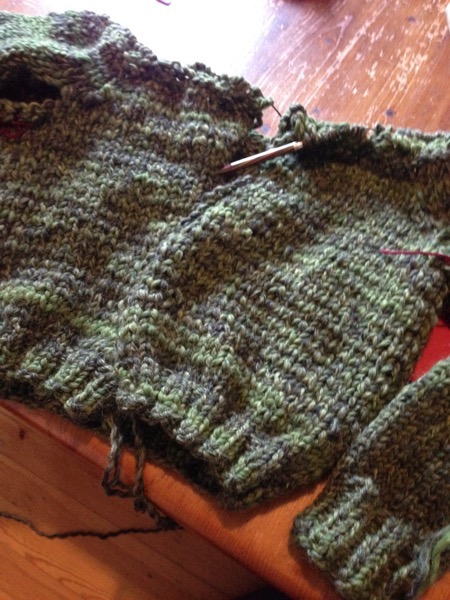 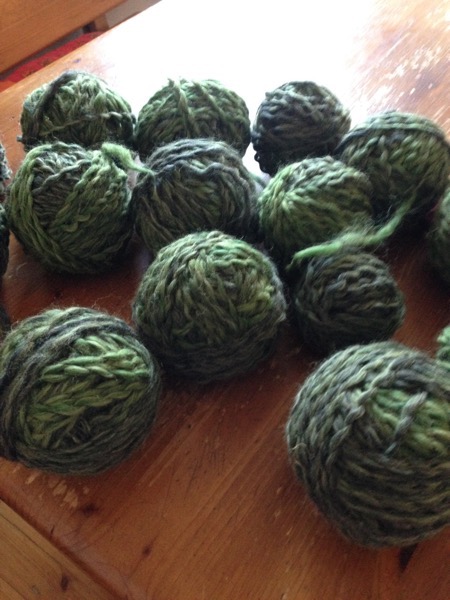 I did a few calculations based on the swatches I had done with a single strand of the yarn. I think I will be alright with making the third size with a 6 mm needle, mostly. I will have to adjust the length, especially of the yoke because while I almost have stitch gauge my row gauge is way off, 19 rows per 10 centimeters instead of 14.

I re-started the sweater after lunch and I have to say that knitting with just one strand of bulky yarn is much more comfortable than with two.

Since I was late for running I peeled the potatoes and set the table before I left. And then I only did a lazy 5 k. Tsk. It was pretty crowded out there, the weather was gorgeous: 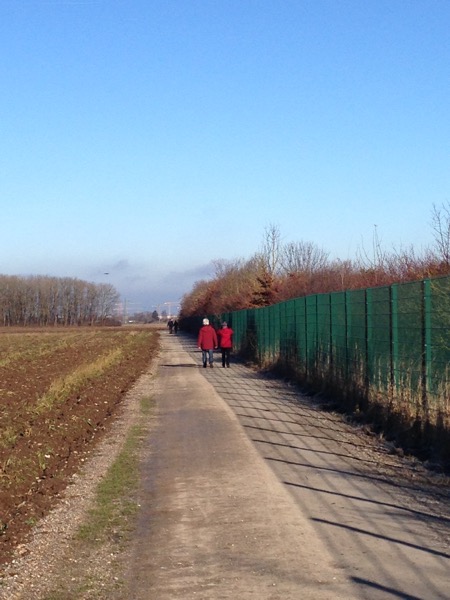 When I came back home there was bresaola for an appetizer: 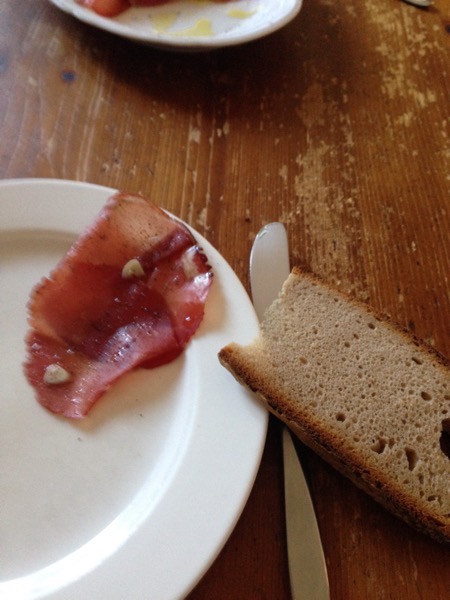 And then fish, broccoli and potatoes for the main course together with a very good Blanc de Noir: 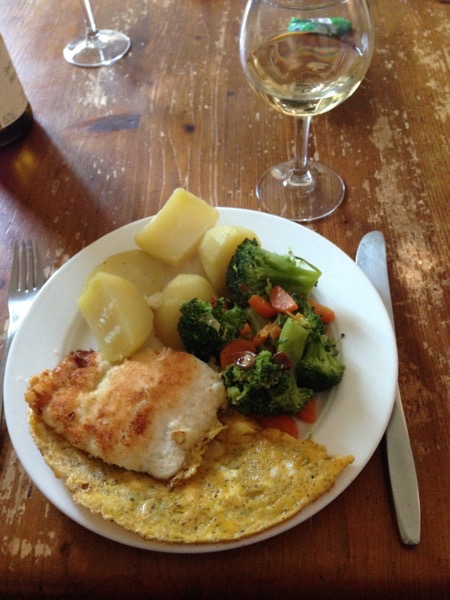 Then the boy and my husband got into a lengthy discussion of microphones, capacitors and loudspeakers as one does while I was knitting. There might have been more chocolate truffles.

Then I did the dishes with help from both of them, knitted some more, worked on the book cover design course, folded some laundry, did another load and hung that up and decided to move the podcast preparation to the next day.

Then it was time for watching Star Trek and spinning,

Today there will be an epic grocery run or maybe not so epic, I still need to make a list. I also would like to record another podcast episode and move the yoga pants project a little forward. Maybe my mother-in-law will come home today as well.

And I will knit, of course.