Rolled myself out of bed in time to make breakfast and then hold the boy’s hand because he was scared of his impending German test. We tried making sense of his teacher’s handouts together. I have to say that learning from specific examples is all good and well but giving the students a structure or formula to refer back to might also be a good idea. Especially for someone like the boy who – just like both his parents – does better going from abstract to concrete when learning things.

I mean, how else are you supposed to know what’s important and what isn’t? What part of the whole thing is only relevant for this particular example but not in general?

And I would say that maybe it’s the boy’s own fault for not listening properly if I hadn’t heard that teacher explain something to a classroom full of parents more than a year ago. The whole room went, „Huh? So I get what she told us but what are we now supposed to do with this information?”

One woman was brave enough to raise her hand and ask, „So, you want us to tell our children to do X, then?”

Teacher talks, basically saying the exact same thing as before, everybody shuts up. We still have no idea what we were supposed to do.

I told the boy that story again yesterday and he said, „Now you know how we keep feeling all the time.”

Since I was so angry at myself for not really writing last week I decided to change that. Again. And then someone on revelry mentioned Gretchen Rubin’s four tendencies. I took her test and ended up being a rebel this time. When someone tells me what to do I don’t want to. Even if that someone is me.

So I started thinking about what I could do about it. Clearly, telling myself to buckle down and work hard regardless was no use. My inner toddler (or teenager) would just come back at me saying, „Try to make me,“ and laugh. That’s a really infuriating reaction, especially aimed at oneself.

I do have a bit of experience in making people do things, though, that’s a big part of my job. I realized that what I really needed was for writing to be fun. So that’s my big goal for the week, make writing fun and then do it. It’s just a mind game but it did work because I couldn’t wait to get started with writing after breakfast and was slightly disappointed when my husband showed up.

Of course, while I really wanted to write more throughout the day I didn’t really. First there was housework and then running (very pleasurable run in rather cold rain): 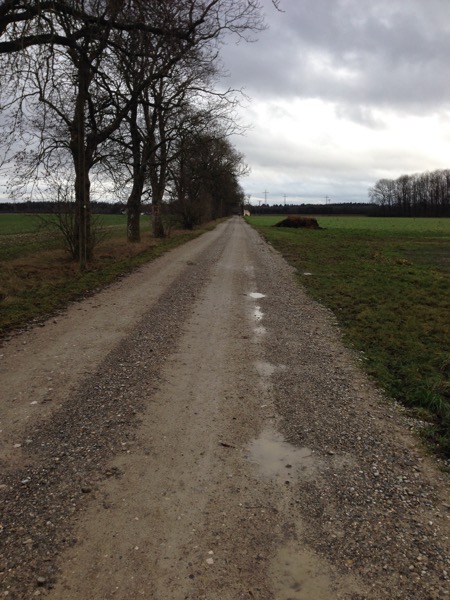 And then there was the cooking, we made parsnip stew (which is not the same as parsley root I learned today): 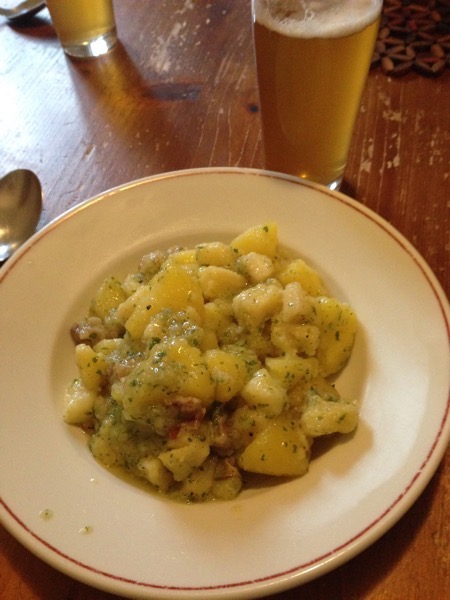 Doesn’t look like much but tasted marvelous. Especially since the weather was cold and wet. Very satisfying.

Then more dishes and some laundry, a little practice, some office stuff, starting to watch yet another video on how to set goals for the next year (yeah, I’ll never learn) then teaching, making the boy play piano and then we sat down to enjoy ‚Doctor Who‘: 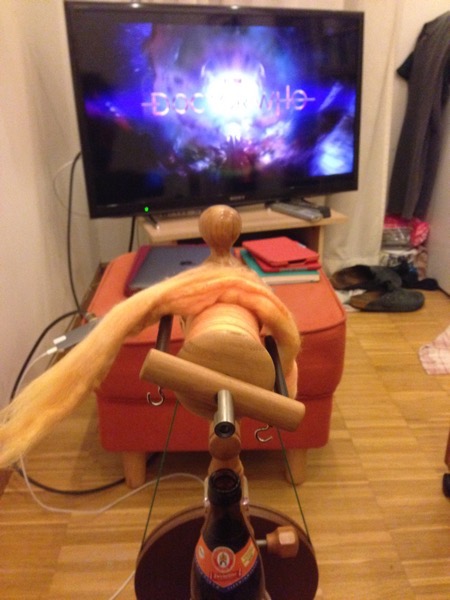 While spinning. The only drop of sadness in that was that that was the last episode for this season. But there will be a New Year’s episode, so that’s something to look forward to.

Since I wasn’t done with the spinning fiber after that I watched a little more of the „Salt, Fat, Acid, Heat“-documentary. I totally love it (and am reading the book, did I mention that?). The only drawback is that that always makes me eat later.

Then I wrote a little more, not quite enough and went to bed before ten.

Today there will be shopping at the health food store and strength training and all the usual and quite a bit of teaching. And a goal setting webinar. No, I’m not kidding. Also, this is a different one. I thought I could use that time for spinning.