I woke up from the alarm and felt bleary-eyed and tired and that never really went away all day.

I did clean the house but it took me ages with a lot of breaks in between. And then I made pizza. I was really tired of the frozen ones so I made real pizza again.

No writing, no strength training, no music practice. Boo.

But the pizza was great: 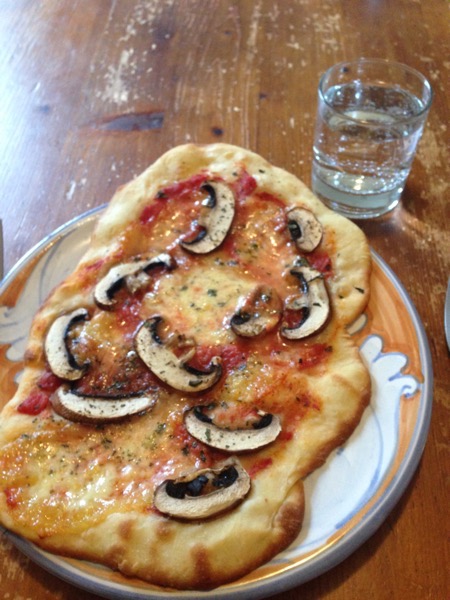 And my mood got much better when my yarn package arrived for the Sweet Pea CAL that will start in January. I really love the colors and I’m really looking forward to that: 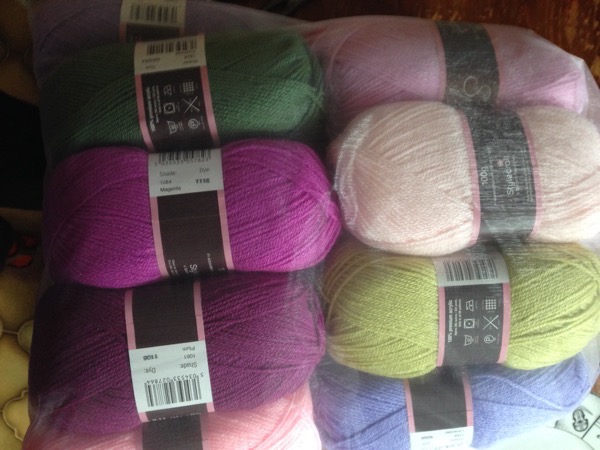 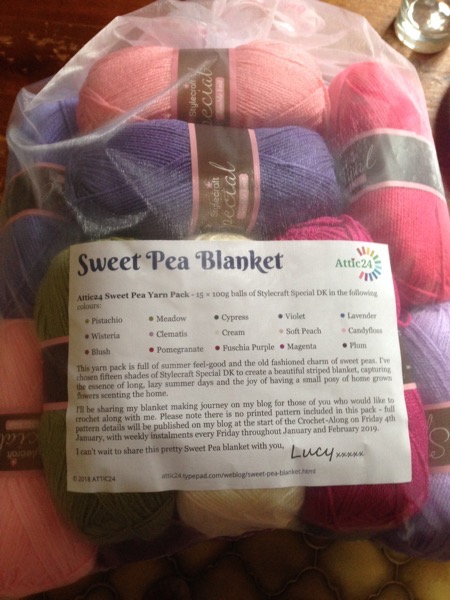 Then I took another break and let the dishes sit there all dirty.And then it was time to teach. All afternoon.

Then I saw yet another webinar, this one on book cover design and branding. I abandoned the webinar after less than thirty minutes because I just couldn’t focus. I’ll catch the replay later but have to say that as beautiful as that guy’s book covers were I could barely figure out the genre of the respective books. Not quite what I’m after.

We ate dinner and went to the concert at 7.30. When we arrived they hadn’t even started yet. Concert was better than expected

The opening band was actually quite good. As often you mostly could hear drums, then a wall of sound and a bit of the singing, um, growling. The main band wasn’t bad either but the sound was somewhat muddy again with the voice not coming through. We’ll all be listening to the CD to hear what we missed, though. (I have to say that if your guitar is so loud that you have constant feedback you can tell the technician to up the volume on the vocals all you want but it won’t help. You’ll just have a ton of feedback on them. I also have opinions on amplifying drums in a venue that small but, well it’s metal.)

Only after we arrived did I realize that I hadn’t thought about what I was wearing. Let’s say I was the only one in a fuzzy, orange, handspun sweater. My husband and the boy were blending in much better.

There were loads of guys with long hair, of course, and I got to explain to the boy why you don’t just let your hair grow all the way without a little trim once in a while.

All in all a more enjoyable evening than expected. It was a very good thing we took out earplugs, though, I even found a spare pair for the boy. My own dampen the volume without distorting the sound too much but they look really ridiculous. Well, better to look ridiculous than to lose your hearing.

I went to bed just after midnight and woke up at the usual time even though I had turned my alarm off. So I’ll probably spend the day in a stupor and will stop to be good for anything right after lunch.

Other than that there should be quite a bit of writing, and some running and the first look at the advent calendar. Maybe some music, even.