I woke up at 5.45 and lounged in bed for ages. Had a late breakfast and then my husband showed up rather early because it always takes about an hour to get the fire going and coffee made in the morning.

I did make nice progress on the cardigan, the second sleeve is growing nicely.

While sitting there knitting I realized that I wasn’t feeling all that great, the sore throat was making a comeback, likewise the ‚feeling hot and cold‘ and the feeling of stuffed sinuses.

So, no running. I did the breakfast dishes and went back to bed. 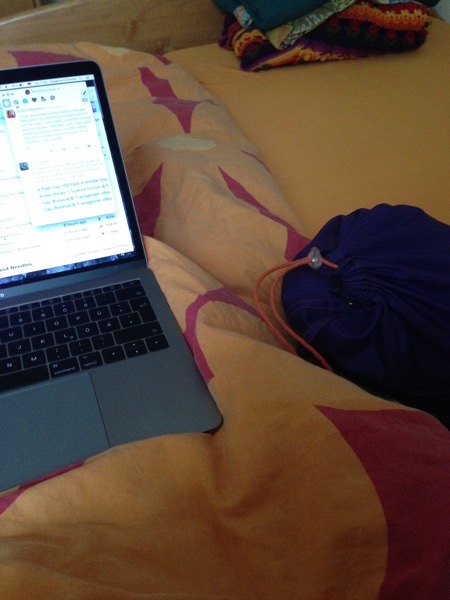 Spent too much time on the internet. Remembered that I wanted to show Frieda of the Wollkanal-Podcast a picture of my worst pile of yarn and fiber because in their last episode she had said that she believed everybody else had their stash all tidy and organized. Yeah. See For yourself: 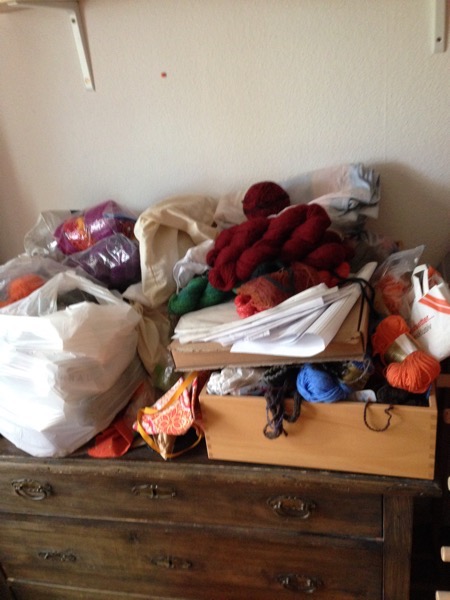 Mind you, that’s not my stash per se, that is just the overflow. My fiber is pretty organized but what you see there is odds and ends, leftover yarn, UFOs, handspun that doesn’t fit into the designated containers and several bags full of needles and such that I inherited and haven’t sorted through yet. In addition to that I have bins full of spinning fiber (nicely organized and tidy), bags and piles of mending, a bag full of projects that need blocking and such, project bags everywhere and ziplocks full with handspun on every available surface. Oh, and a box with my sewing-projects in progress and two weaving looms with ongoing projects on them. Plus bags with spindle projects and the two wheels with their respective projects.

You know, the usual.

Lunch was easy to make and delicious: 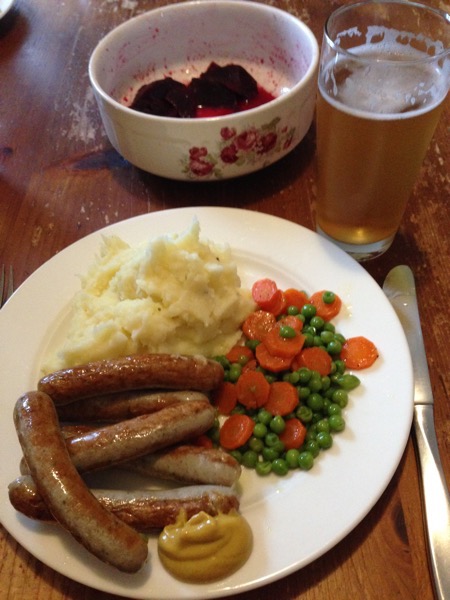 After lunch I did the dishes, dealt with laundry and went back to bed. The boy helped me with both the dishes and the laundry and I taught him how to fold sheets. He had never done it before. It made me realize that at his age I had been helping my mother folding laundry and ironing for years. There is a way to fold sheets with two people that I’m still doing on automatic. And when I was visiting my sister last year and we stripped the guest bed before I left we went through the the folding routine without even realizing it.

My mother has a very structured approach to housework. And everything has to be done just so and has to be ergonomic. I thought that was just how you did it until I met my mother-in-law. She is about as unsystematic as one can get without descending into utter chaos. I find that rather fascinating. And irritating. I like having processes in place for things I do often.

Her way of doing things has also influenced my husband, of course, and so sometimes things happen like me wanting to put his sheets away and finding a sweater on top of the sheet pile.

The boy, of course, sorts his clothes and puts all the t-shirts in one pile and all the sweaters in another one. Phew. (We even got him a set of drawer organizers when he got his new dresser and he has a little box for his socks and another one for his underpants and such. As he should. Why anybody would want to hunt for a single sock in between his underwear is a mystery to me but well, not all people are the same, I guess.)

And yes, I can tout the marvels of being organized in the same post as showing you the mess that is the top of my dresser. Those piles are somewhat organized, though, and soon I will sort through them and move things around and have space for everything. The plan is to do all the mending. (Go ahead and laugh.) Then I will move the fabric to the boy’s old dresser that used to be my old dresser and that’s empty right now which will give me enough space in the dresser that the pile is sitting on to put all the yarn in there.

I spent the afternoon mostly working on the book cover design course I just bought on Udemy. I found that I was stumbling on such basic things as moving images around and finding the right font and saving images as a jpg, so I did learn quite a bit. I also designed a horrible basic book cover and learned that the fonts in GIMP are a PITA to navigate. I did look up some google fonts, though, and am hopeful to find better stuff there. There is quite a bit that I need to learn.

This time I’m taking the time to practice everything I learn. It’s taking a bit of time but is helping me developing the actual skills I need. Since I just realized again that knowing something and being able to do it are two separate things. Being able to spot bad design does help in producing good design but it definitely isn’t enough. That’s like thinking that a music critic must be a great musician.

So I’ll continue making bad book covers until I start getting it right. I was also thinking only about book covers for the novels I was writing but realized (I’m all about
epiphanies right now, sorry) that I need to practice first and that means making covers for books that don’t exist. I mean, if I end up doing a cover that’s really great I might write the novel to go with it.

Here’s my awful cover by the way: 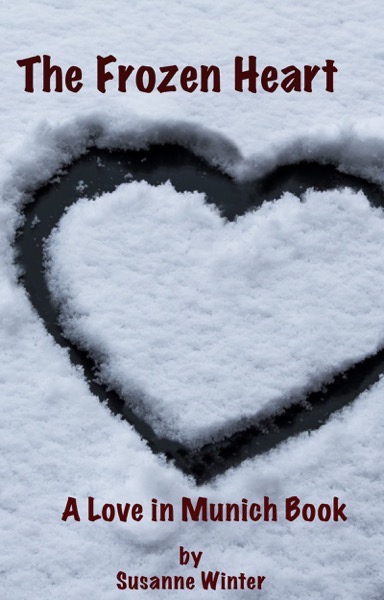 The font is awful, I want some gradient color thing on the picture, maybe and I’m not at all happy with the text. That will be my task for tomorrow.

Of course I didn’t write at all, yet again. I hope I’ll be getting back to that soon.

I also spent the afternoon helping my husband and son diagnose problems. It’s really interesting. My husband comes to me, telling me about his problems with the amp he is trying to repair. Basically, it’s a worst case scenario. And he has no idea what went wrong but the whole thing is dead. So I’m asking questions. „If that is the case, does that mean the error must be in this part?“ „What does that mean?“ „What about checking this thing?“ „Or that?”

I do that until he has an idea and wanders off.

Then the boy had been downloading new games. It’s rather sweet. He has been wanting to play certain games for ages but hasn’t bought them because he needed to be 16 to play them. We told him repeatedly that it’s okay to get them now, three weeks before his birthday. So, finally, the day before he decided to buy them because they were on sale.

Downloading those games on the crappy wifi connection that he has upstairs takes ages. And then, finally, he was able to play „Skyrim“ for the first time ever. Only. It wasn’t working.

So he came to me saying he had a big problem. The game wouldn’t work. And he had problems with other games as well. So I started asking questions. „What did you do?“ „What has changed?“ „That sounds like it might be a problem with permissions, have you changed those in any way?”

Until he had an idea, and went upstairs to try it.

It took all afternoon but just before dinnertime he found out what the problem was. Basically, Windows Defender thought that every app he has on his computer is suspect and shouldn’t be allowed to generate files. Hm.

Then we watched some ‚Star Trek‘. Then I didn’t write again. And then I went to bed. (And yes, no going out to see a musical.)

Today there will be more cook cover design, methinks, and hopefully some writing, I really need to get back into the habit.

And yes, this post is 1,363 words, sorry. I know that that’s almost the NaNoWriMo quota. But writing blog posts is easy.