Woke up a few minutes before the alarm. Only rolled out of bed ten minutes too late to make breakfast on time, ahem. I’m still immersing myself in romance novels. Well, this morning I started a paranormal mystery. (It’s called „Dark, Witch & Creamy“ and I really like it.)

I started doing the dishes right after meditating because I had made the double mistake of making an optician’s appointment at ten and not washing up the night before. My husband was slightly confused when he showed up to make his breakfast and saw me doing dishes.

Then I went to the optician to have him look at my newest test lens. Turns out that one is great but the other one, the one that he declared fine last time, isn’t. I did tell him that everything looks blurry through it but apparently I could see well enough to drive – weird. So. He ordered a new test lens. My patience is starting to run out. On the bright side everybody in that shop now knows me by name…

On my way back home I went to the bakery and the health food store. Forgot to buy ibuprofen, though. I fully expected to go out again and do the really massive supermarket run that I need to but then decided not to. There is enough food in the house for all of us until lunch today.

My procrastination turned out to be a good thing because the boy came home at 11.30 instead of at 2 but had to go back to school by 1, so we had lunch early: 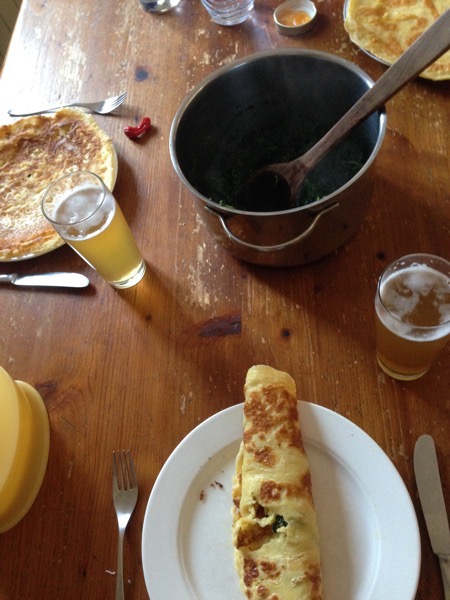 Pancakes with spinach and parmesan. My husband would have liked to add feta, alas that needs to be bought at the store first. The boy ate his with jam instead.

Then I taught some students and in between I wrote some words. Found out that the monthly webinar was re-scheduled to tonight, so I had the evening free. For writing. And reading. Mostly reading to be honest.

I also had dinner with the boy in front of TV watching Star Trek. Which was fun: 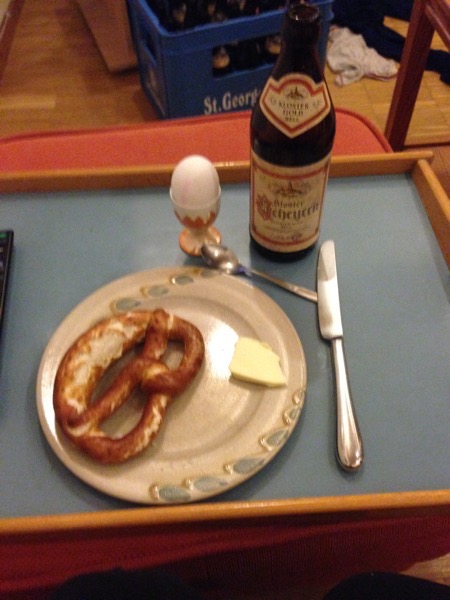 First pretzel in ages. And my husband joined us for the second half of ‚Deep Space Nine‘ which was rather nice.

Today there will be – the epic grocery run with the bike and the trailer, a little teaching (schools are closed but everything else isn’t; so we’re teaching but often students don’t show up), and the webinar. And I need to prepare the podcast. I think I’m feeling good enough to record tomorrow.