Sinne I had gone to bed super-early I slept almost to the alarm. Of course. No idea how that works but it seems the earlier I go to bed the longer I sleep. Maybe I should try turning off the lights at seven and see what happens.

I was then sitting in bed reading, trying to get myself writing when the boy showed up. I knew that he had planned to get up earlier but I hadn’t realized that he meant almost an hour earlier.

I got up in a hurry, made breakfast and then listened to him giving his presentation. It wasn’t, um, very polished yet. He has high hopes that there won’t be time for his presentation…

Then breakfast and of he went for five days of science in Bremen.

I meditated and read around some more and knitted and then my husband had breakfast. We talked quite a bit and then I went running. Since my husband expected a package he didn’t dare leave the house before I returned because his mother wasn’t home either (which none of us knew beforehand) and so he was a little miffed when I came back after an hour because I had run 6.4 k instead of my usual 5: 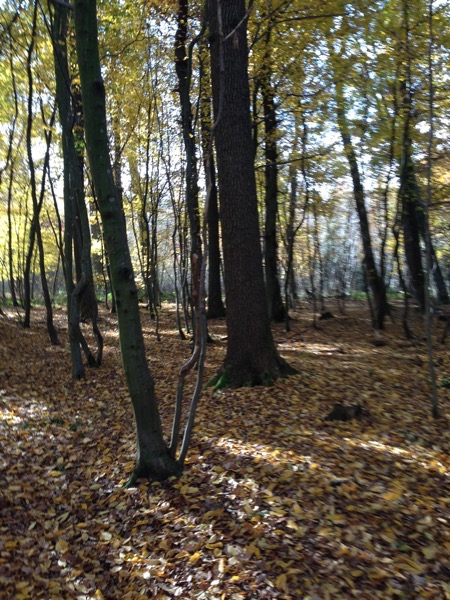 Then I helped making lunch: 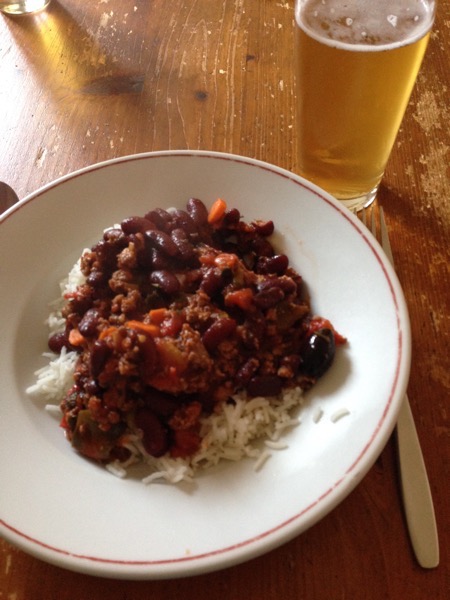 And then I went grocery shopping because we were out of yoghurt and cheese again.

My husband’s package came in the early afternoon while all of us were home anyway, by the way, and my mother-in-law was standing at the door talking to her sister.

I took a shower, practiced singing and piano for a bit, and taught a few students.

I was really behind with NaNoWriMo at this point and had tried to write all day but the thought about how behind I was and my sudden epiphany in the middle of the night that I needed to completely change one chapter and throw out half of another one. Boo. Of course, eating everything in sight and not writing will fix that instantly.

I hung up some laundry, got ready for bed and got myself writing. No, I’m not caught up yet but that would have meant writing half the night. Not a good idea.

Today there will be a lot of teaching, maybe a little strength training (there’s always hope) and parent-teacher-night at the boy’s school tonight. Where we’ll get a presentation about the really complicated system of courses and such for the next two years of school. The students will get the same presentation in the morning but, of course, the boy will not be in school to hear it. I have specific instructions to ask questions. Which I probably won’t, I’m more in favor of looking things up on the internet. We’ll see.

But that will probably mean a late night, first the presentation, then we’ll meet the main teachers and such and then I need to go home while listening to some metal, and then I usually have a beer while ranting at my poor husband.

As far as I know this will be the last parent-teacher-night, though, from next year it will all be between students and teachers. Ha!