I did have a very good day after the *energy saving mode’-epiphany the day before.

I woke up really early and while I felt like I had slept well my Fitbit thought differently. I care more about how I feel, though. I did my usual reading and lounging in bed, and when the wifi turned itself on again I downloaded James Clear’s „Atomic Habits“ book. (I’m only 50 pages in but it is really, really good.) 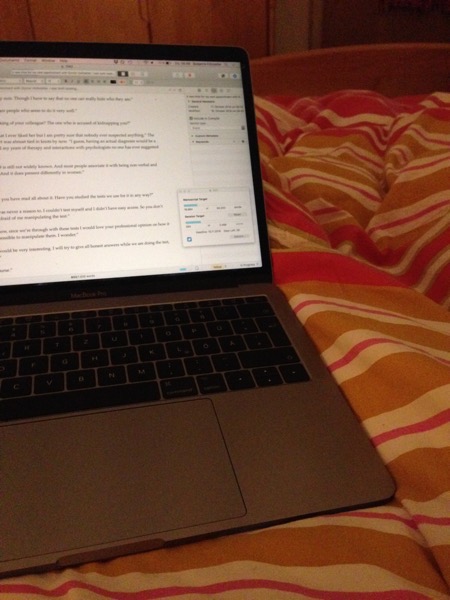 Then I got up, made breakfast, talked with the boy a bit (who had a geography test and was planning on studying for it while in school – not something I’d recommend) and when he was gone I wrote some more. Yes!

Then my husband showed up, we talked, mostly about politics because he is still reading the newspaper I bought on Monday, and then we realized that the heating was actually broken.

We had been wondering about that for close to two weeks now. The radiator in the kitchen was cold in the mornings despite it being winter-cold outside. But sometimes one or the other of the radiators would be warm again. The furnace was obviously working because we always had hot water. There was no error message. We couldn’t figure it out. But yesterday my husband realized that the heating in the annex wasn’t working as well.

So he called the heating guy. We talked some more. All this talk about politics and similar stuff made me feel bad and I felt under-appreciated and like I never got to say anything. I felt bad enough to tell my husband and that, um, spiraled into a lengthy discussion.

Morning wasted. But we managed to talk about it in a way that we were good again by lunchtime.

Then I rode my bike to the post office to mail a letter. There are only two mailboxes left in the whole town. The one that used to be near our house has been torn down a few weeks ago. Then I went to get new handcreme for the boy. I was so fuzzy that I only found face cream and bought that.

Then I went on to the grocery store. Where I found that in my fuzziness I had forgotten to take the bike pannier. Which presented a slight problem.

I bought all the groceries. And managed to transport them using my backpack and the basket I have in front of my bike. But it was a close call.

I came back home and helped prepare lunch: 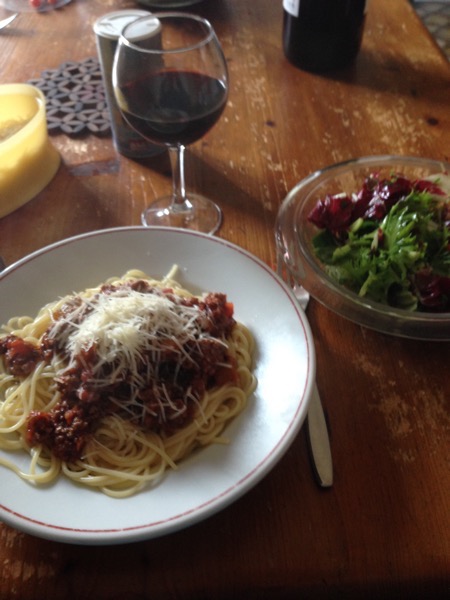 The boy was upstairs with his grandmother. And while it was sunny it was a little too cold to eat on the porch.

Then I took a short break, then I started talking with the boy (I couldn’t resist explaining what I’m doing for makeup when he asked me, even though I was a little late for recording the podcast already.)

I did my singing warmup and set-up for the podcast. Then I recorded the podcast, always eyeing the clock because my first student of the day is frequently early.

When I opened my door after recording the podcast (fifteen minutes before the student was due) the heating guy and my husband were crouching in the hallway, looking at the annex heating.

Heating guy changed a valve for the annex, something we had been talking about for ages, and diagnosed the general problem as a broken sensor that was supposed to measure the water temperature in the boiler. Since it was showing a temperature much lower than what it was supposed to be it kept prioritizing heating the water in the boiler over moving water around in the pipes.

Fortunately, he had a sensor in his van and so our heating should be working again.

Which means that I won’t be as cold. Probably. So maybe not my thyroid.

Today will be another full and busy day.

There will be cleaning and pizza-making and the getting the podcast ready for publishing and writing and maybe music as well. I’d also like to watch Star Trek with the boy tonight. Oh, and there will be students.