I actually slept through my (silent) alarm which never happens so I’m guessing I needed it.

Which meant that my normal morning routine went out the window, I had just finished breakfast when the boy showed up, and my husband came over right afterwards.

I did yoga again and it was much easier than the week before. It’s weird that one time practicing can make a difference, but apparently it did.

Then I called my mother on the phone. The call went pretty much as expected.

We had Salade Niçoise for lunch again. There is a lot of Romana salad the needs to be eaten from the garden: 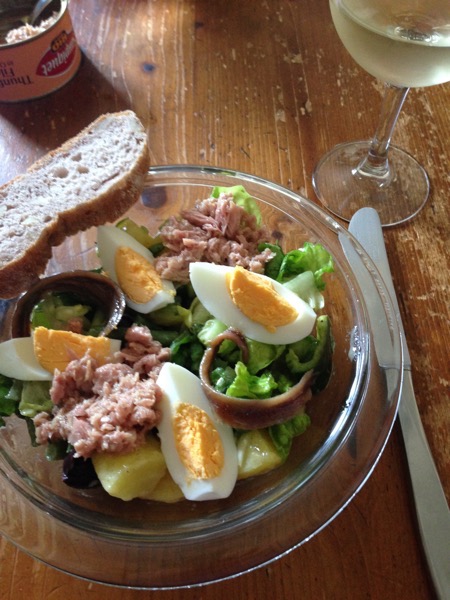 And before that each of got half of a bedraggled zucchini blossom: 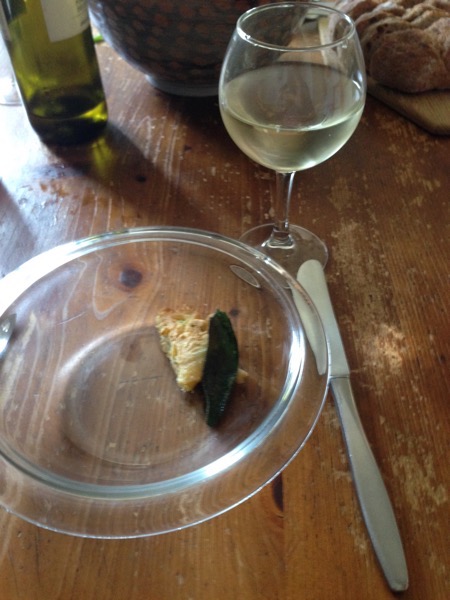 Then I spent some time procrastinating, set my bullet journal up for October and for next week, played „The Room: Old Sins“ for 45 minutes, pressed the seams on the dress that I’m sewing and pinned the bodice to the skirt.

Then it was time to watch some Star Trek: Deep Space Nine while crocheting and then the boy wanted to take his shower and so I watched an episode of „Extraordinary Homes“ while unraveling the row of crochet I had worked before. Somehow I had managed to throw the pattern off and I had no idea where or how.

Then I started to write this post, ate some cheese (why yes, I need to stop doing this ASAP), wrote some words on the novel while I should have gotten to bed and then, finally, turned off the lights.

Today there will be all.the.rain and all.the.cold. There will be running and a little teaching and some music and writing and some sewing. I hope. And rice and dal for lunch.