I woke up early feeling a little timid and angsty. I’m blaming the not-writing the day before. No, I have no idea when I’ll learn. And of course I didn’t start writing right away as well. It was Saturday! No need to get started early!

I did get up at a reasonable time and had breakfast and then, just when I was about to start writing, I swear, the boy showed up. At eight. On a Saturday. „Oh, I went to bed at the usual time last night,“ he said, laconically.

Then my husband got up, we talked, I crocheted (the blanket is the only thing I’m working on at the moment because it’s so big and warm), we did the dishes and then I packed the birthday present for my BIL and sent it off.

Then running. Well, mostly walking, but some running: 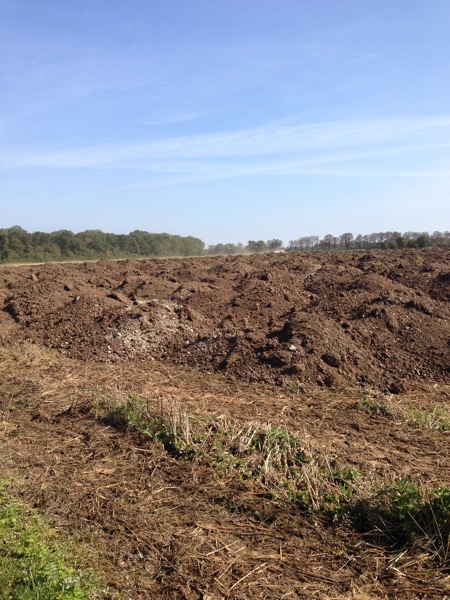 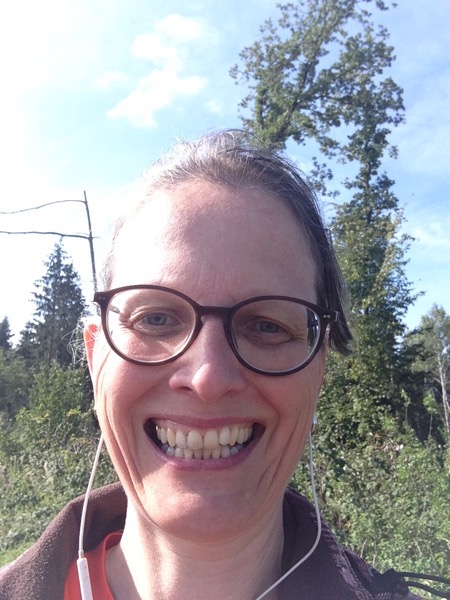 Then a shower and cooking. My husband had plans to make veal cutlets and homemade gnocchi. I was in charge of the gnocchi. I did follow the recipe and told him to not put an egg in and was stressed out and confused and hungry and only remembered that it had said, „Add salt to the dough,“ when the gnocchi were already in the boiling water and I hadn’t read the recipe carefully and we might have had a teensy argument.

This was the result: 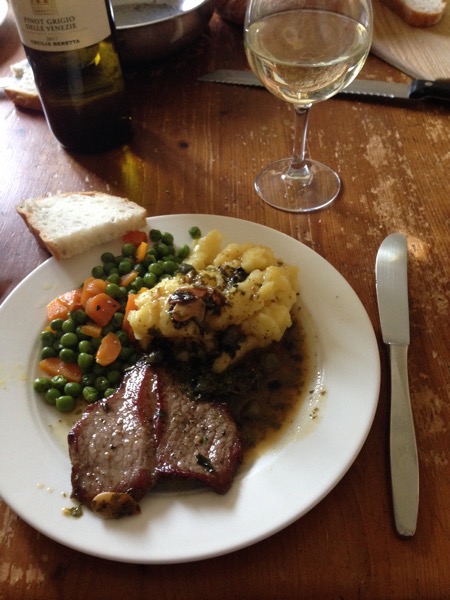 Each part of those mashed potatoes had once been a lovingly handcrafted piece of pasta that I pressed a fork in for nice-looking lines.

At least it did taste good. After putting some extra salt on it.

Then a huge washing up.

The boy needed some rubber gloves and I sent him to get them himself. Mostly to teach him a lesson but also because I’m a little tired of him coming down to the kitchen declaring things like, „Mama, I’m out of toothpaste,“ or shampoo or cleanser or lotion or whatever one or two days after I went grocery shopping.

To sweeten the deal I told him to get himself some candy. And he brought some for me to. Only, it was not the candy I wanted and so I ate it and then went out and got some more chocolate. And some for Sunday as well. And then I sat down and ate it all.

Note to self: be more strict about the no-buying-candy rule. No matter how much you eat it never feels enough anyway. Thanks.

And then I sat around reading, surfing the web and procrastinating. ::head desk::

I did manage to work on the dress a little, at least, and I also managed to give myself a kick in the butt and write some but still.

We watched some Star Trek while more crochet happened.

Today there will be: no candy, all the writing and all the sewing. Also, the laying out the bullet journal for October which means looking at my September goals and setting new ones for the month. I did pretty well in September, so that’s good.