Slightly uncomfortable night with the waking up to use the bathroom and the alarm at 5 to drink some medicine and then liters and liters of tea and water.

I was rather happy that I had decided to take the early train because that one was fifteen minutes late. I then decided to walk the twenty minutes to the doctor’s office instead of waiting for the bus. Which would have meant waiting for 15 minutes and then being on the bus for 4.

The colonoscopy went well. Everything is alright so I can let that rest for the next five years. Doctor wants to do an ultrasound or something to look at my liver and kidneys and such in October and then I’ll be all checked out again for a while. Apart from the ultrasound in November to look at my thyroid again.

To get home I decided to splurge on a taxi. I felt like walking the twenty minutes might have been possible but I really didn’t want to then spend up to 45 minutes waiting for the train. And so I was driven home right to my own door in comfort. While much more expensive than the train ticket the taxi ride is way cheaper than owning a car, so that’s alright.

Then I ate the first muesli since last Friday, and helped my husband make lunch: 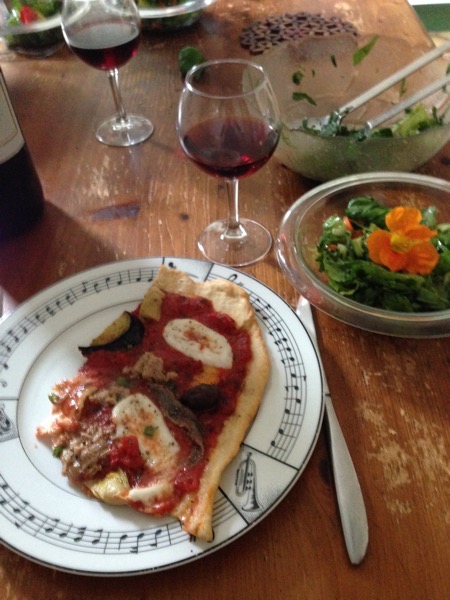 Then I spent most of the day knitting and reading „Handywoman“. The book is wonderful, I really love it. I decided to rip my husband’s cowl back (again) and to start it on bigger needles. 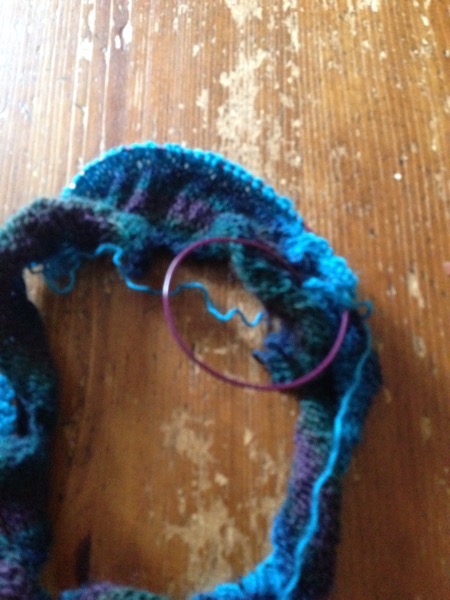 (This is the ripped back attempt. Sorry for the blurriness.)

Then I set up my bullet journal for September. This will be the fourth month in a row that I’m transferring my monthly goals without reaching them. Meh. Still. I’m not giving up.

The boy and I watched some Star Trek and I went to bed on time.

Today I want to run and do all.the.things.