Woke up from the alarm and had the urge to stay in bed for an hour longer. Seemed I needed a slower day.

Had yoghurt with banana for breakfast because in preparation for the colonoscopy I’m not allowed any seeds and such. Which also canceled my husband’s plan for lunch – no rice allowed.

I ran, rather slowly, for about 5k. And remembered to take a picture: 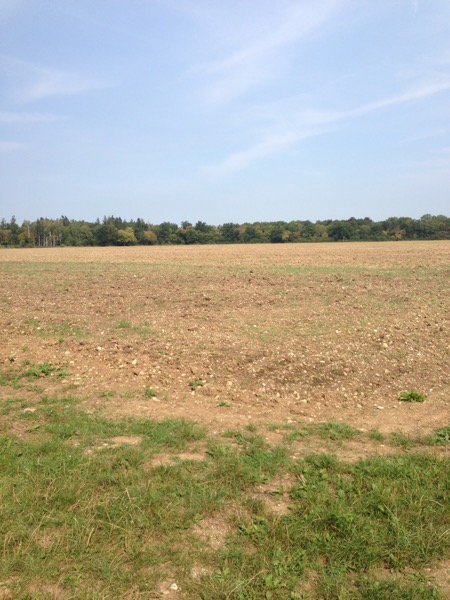 I didn’t actually help making lunch this time, I only grated the parmesan: 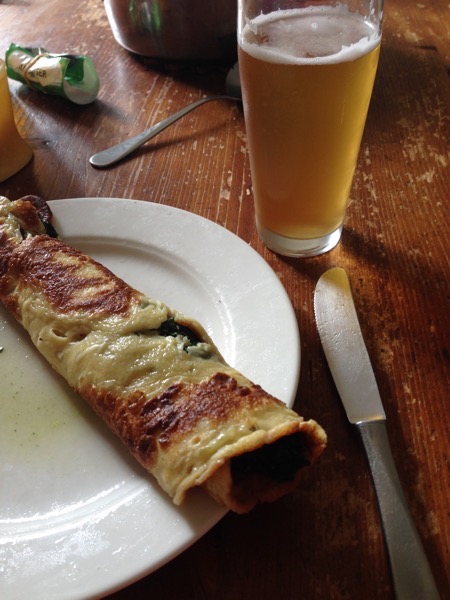 Spinach-filled pancakes. The boy ate his with jam, of course.

I spent most of the afternoon reading blogs and forum posts and putting everything from the past week or so into my budget software. The first student canceled. I had as much as expected that. Sometimes you have a better sense if a lesson fits into someone’s day than the persons themselves.

Then the boy and I called my parents. My mother had nagged me about calling during the weekend already. She didn’t remember that I wasn’t at home, and my parents gave the boy a bit of money because of his report card and he needed to say thank you.

Then I taught my one student of the day, had my husband show talk to me about Van Gogh and show me some Dürer watercolors and then the boy and I watched Star Trek.

Went to bed a little late.

Today there will be the dermatologist appointment with the boy, and then I start colonoscopy prep in earnest. That is always the fun part. Everybody I talked to dreaded it. I don’t know, the last time I did it I didn’t find it as bad as expected.

Also, I’d rather do colonoscopy prep and the procedure itself than have colon cancer, thank you very much. And most people only have to go through this every five years.

This is always the part where I point out that my husband might have been dead by now if he hadn’t had his colon looked at. Years ago a polyp was found that would have become cancer over time. And both his father and grandfather died from that. His father only a few years older than he is now.

So no, I don’t think unpleasant prep is reason enough.

I am a little anxious, mostly about getting there and back again because the trains don’t go all the way tomorrow (construction again) and I will have to take a bus. I might have to choose between being half an hour early or slightly too late. I’ll decide that later today.