Woke up really early because my MIL was rummaging around over my head. Since she was leaving on a five-day trip I was okay with that.

Wanted to write first thing in the morning and – didn’t. Again.

But I was rather early and had breakfast ready on time and things went pretty smoothly.

No writing after breakfast either.

Really nice conversation with my husband then, and then a rather awful run. It wasn’t too hot but it was really humid. Also, I was in that state were you feel completely un-energetic and somewhat desperate. I would have given up halfway in but I still had to get back home, unfortunately. So I just walked most of the way: 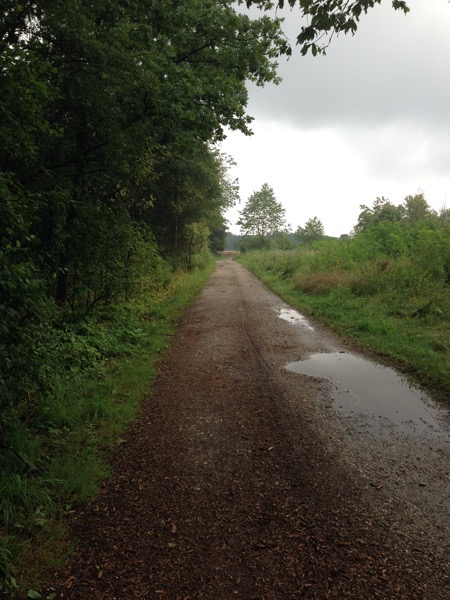 At least it didn’t rain while I was running. 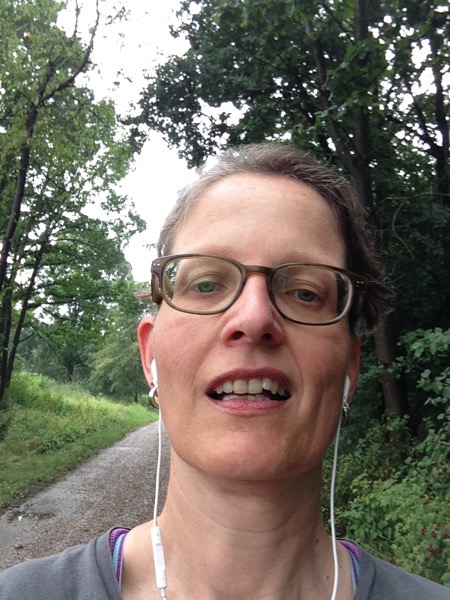 I am wearing my „You read my t-shirt. That’s enough social interaction for the day.“-tee which felt appropriate the day before. (And that day as well.) 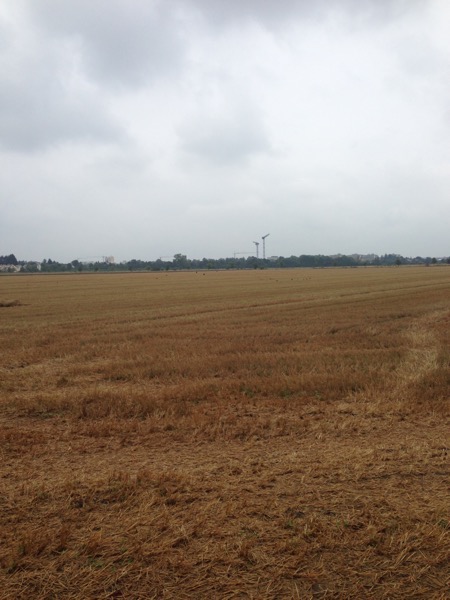 There wasn’t much to help with lunch because we had capellini with some arugula pesto that my husband made the day before: 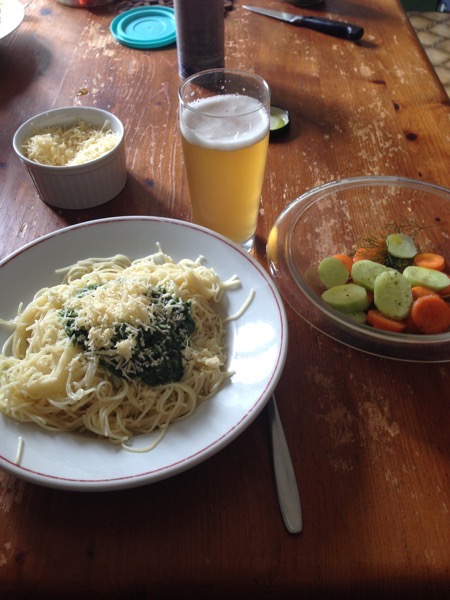 I cooked the pasta, my husband made the salad. Cucumbers, arugula, and carrots are all from our garden. This food is incredible, you can’t beat eating something that you just pulled out the ground.

The boy came home a little later than expected. He did run 15 laps (a little more than 10k) for the charity thing. Without training at all. Sometimes I envy teenagers.

He was also rather excited about receiving an invitation to an event where some of the young scientist-types from his school are going to visit another school next fall for a week. They will give presentations about their projects there and will visit all kinds of scientists and see exciting projects. Pretty cool. I hope he gets in. He and his friend were asked by their favorite physics teacher.

Talking about that meant that I was little late in preparing for my lessons.

I taught a few students. Wasted some time when I had a break but did manage to finally do the lunch dishes.

After work I went and pickled some cucumbers. 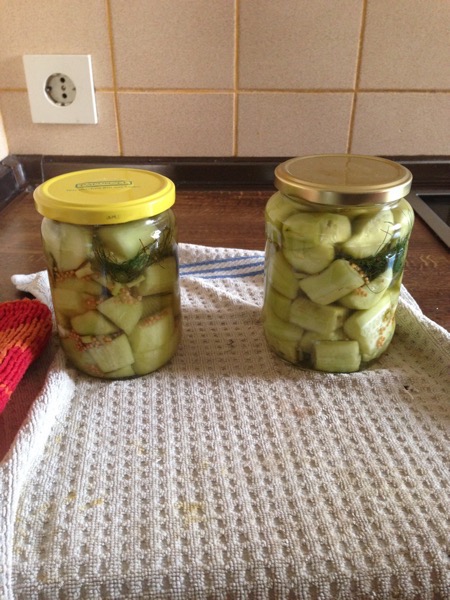 Then I finally sat down and wrote some words on my novel. I am getting so stressed out about this that I am binge-eating like crazy again. This is a little disheartening because I thought I was over my eating disorder. Seems I am not. For most of the day I had to fight the strong urge to go out and buy gummy bears because I had a hard craving for them.

I remained strong, though.

And I decided that the only way out with this novel is through, so I will write a little more than usual and that thing will be behind me soon.

I hope that works.

And then I attended another webinar. No, I’m not addicted. It was about email marketing without being spammy. Which is a very good thing if you can pull it off. Now I just have to send my very first email to my subscribers. (If you’re interested, these emails will eventually be about my fiction writing and you can sign up on the blog in the top right corner.)

So. Today. There will be a short run (not looking forward to it) and I want to go to the health food store. I will specifically not buy any gummy bears. I am allowed to buy some dark chocolate, thought. I will have a long afternoon teaching because my first student will show at 2 and the last one will leave some time around 7.30. But I will have a long break in between.