I was highly motivated to wake up early and start writing.

Then I slept until 6.20 and didn’t write until ten or so.

I did manage to have a rather early breakfast, though, and after that I finally wrote my pattern newsletter. Phew. I like to put these out at the beginning of the month, not the end. Procrastination was weighing me down like a big fat millstone.

Did write a few words in between other things.

A friend of my husband’s came over for an hour which was rather unexpected and then my husband’s aunt visited my MIL (who lives upstairs) so the day didn’t quite feel our own.

We made a very German lunch: 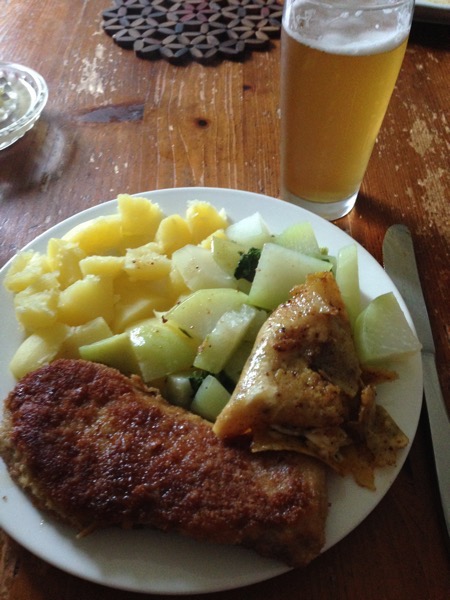 Then I spent several hours lounging in front of TV spinning and reading. In between I did the lunch dishes and washed some yarn.

Then the boy and I watched some Star Trek. We started a new series. I have finally managed to convince him to watch Deep Space 9 in addition to The Next Generation. That series is just so good!

Then it was time to make cucumber pickles: 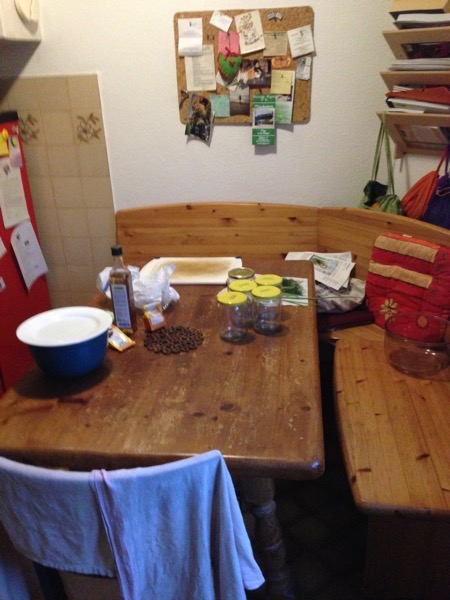 Only I had again forgotten that you’re supposed to let the cucumbers sit overnight.

And thus my evening was wide open again.

Went to bed on time.

Today I will do all.the.things. There will be running and the pickles and the writing and quite a few students. And some music, I hope.

The boy will run for charity at school (which he’ll hate) and has a dentist’s appointment in the afternoon.

And guess who is attending yet another webinar? About email marketing the good way this time.