It’s funny, I keep thinking that tomorrow will be less busy than today. I’ve been doing that for weeks now. And it never really happened.

Yesterday I woke up from the alarm which tells you how much I needed the sleep.

I did not write in the morning because I was a little late and then I started preparing the podcast.

My husband got up early, he had breakfast and then I helped him choose a fitness tracker. The challenge was to find something that you don’t need a smartphone for.

Then I went grocery shopping. It was the first time that I used the trailer again and it was much more comfortable than using the bike panniers. And I didn’t even have to leave the groceries in the trailer unattended, I could carry everything at once. Win! 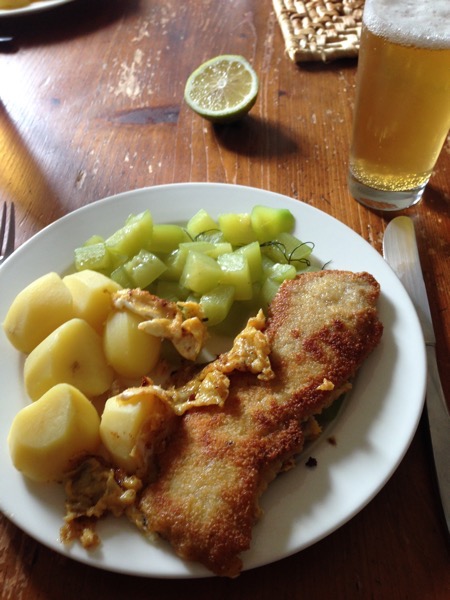 The boy came home in a bad mood. He had lost points on a physics test because he had used math that he is only supposed to learn next year in the answer. Unfortunately, he could also have worded his answer better. I offered to send an email to his teacher to talk about this but he didn’t want me to. Those points made all the difference between an A and a B.

He didn’t want me to talk to the teacher, though. The test won’t make a difference in his final grade. It is bugging him, though, which I can totally understand.

Then I left all the dishes in the sink and went to record the podcast. Then teaching and then a surprise webinar by Jessica Abel again. I spun while watching so that was good.

Then I finally did the dishes, wrote some more show notes for the podcast, attempted to do some fiction writing with not a lot of success and finally went to bed on time.

Today is the usual busy Friday with pizza making and cleaning and teaching and at the end of it my husband and I will go out and see a free improvisation concert yet again.