Since I watched soccer the night before I didn’t quite get enough sleep. I did wake up before the alarm, though.

Slightly late breakfast (and no morning pages). The boy didn’t even realize because he was late as always. Not late for school, he still managed to get there on time mostly but late for breakfast.

I managed to write a few words and was giddily looking forward to writing more later.

Helped my husband with garden planning for a bit, ran 6.44 k: 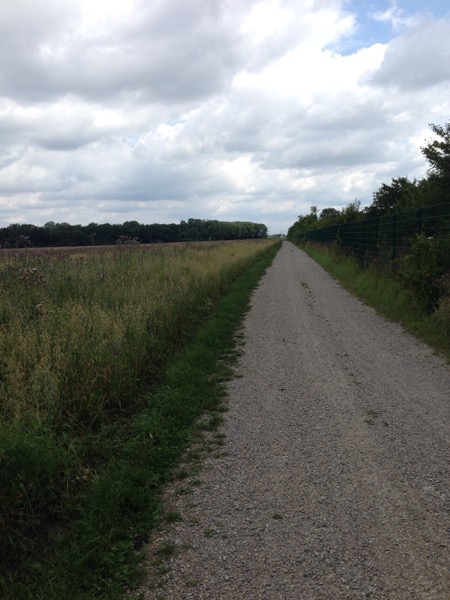 It was a little chilly. In the beginning I was a little faster than usual but by the end I had reverted to my regular pace. 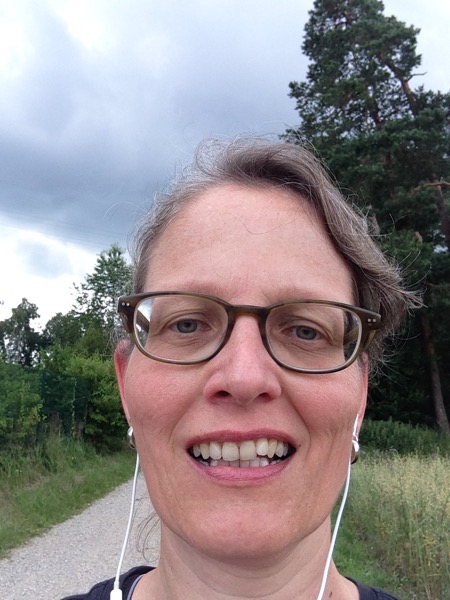 Then I helped to make lunch. My husband insisted on taking a picture of the spice grinder because it looks so pretty: 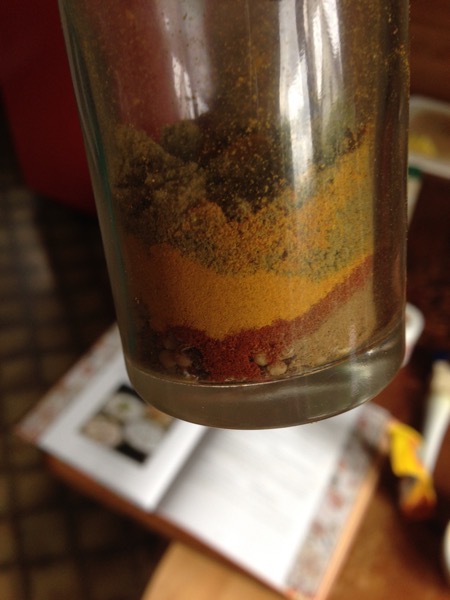 He really likes it that people are commenting on pictures I’m taking of the food that he is cooking. We even get decoration these days (the food as such is much tastier than it is photogenic): 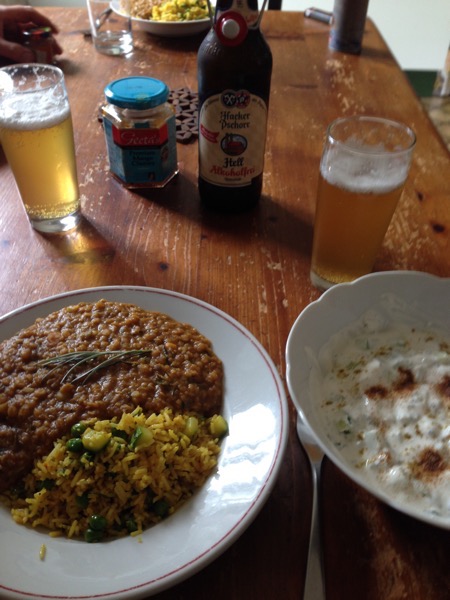 Rice, dal and cucumber yoghurt with all kinds of veggies and herbs from the garden again. This is what we eat when there is almost nothing left in the pantry and fridge.

I did go to the health food store before lunch but we had already decided what to make before then.

Then dishes, and a little procrastinating and quite a bit of teaching. Then more procrastination about writing and surfing the web.

In the morning I finished reading another „Emma Schumacher“-novel. I am still highly recommending those if you read German. And like cozy mysteries set in the 1920s. I have already started the next short story and downloaded novel number four on my ebook reader.

There was another soccer game that I watched with my husband while spinning. They went into overtime which made me rather late for bed again. 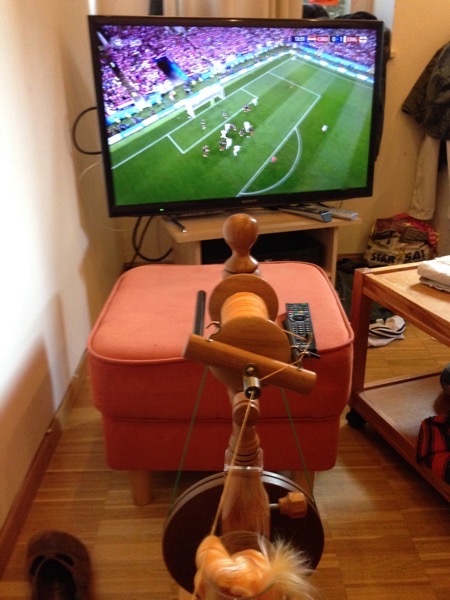 Today there will be grocery shopping, the recording of the podcast, teaching and all the usual, including lots of procrastination again, I’m sure.