Woke up early – a little too early – and read. Made breakfast, read some more, started writing a little. 80 words in my husband showed up for breakfast.

Went for my run. Running is more fun again. I seem to be over my slump. I’m blaming allergies, mostly, and now I’m taking a higher dose of anti-allergy meds. 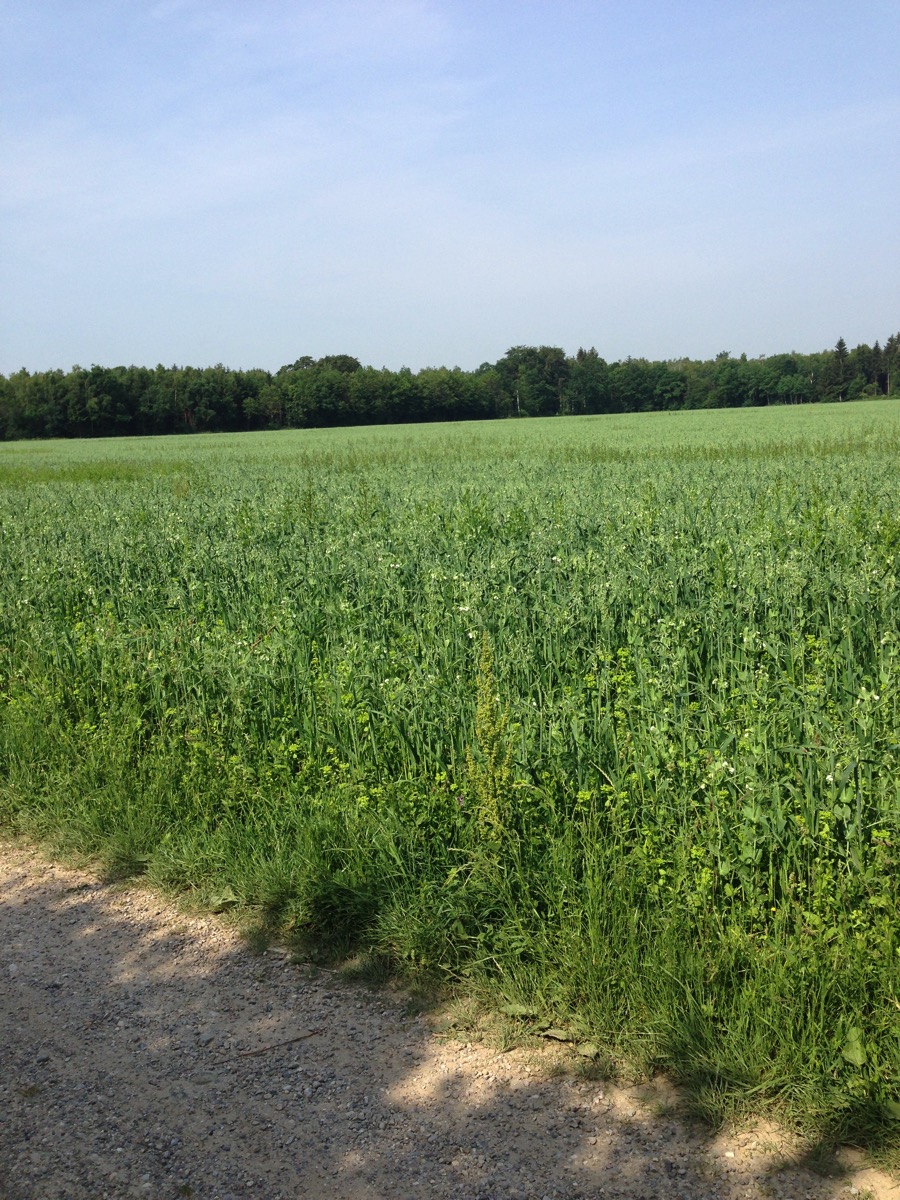 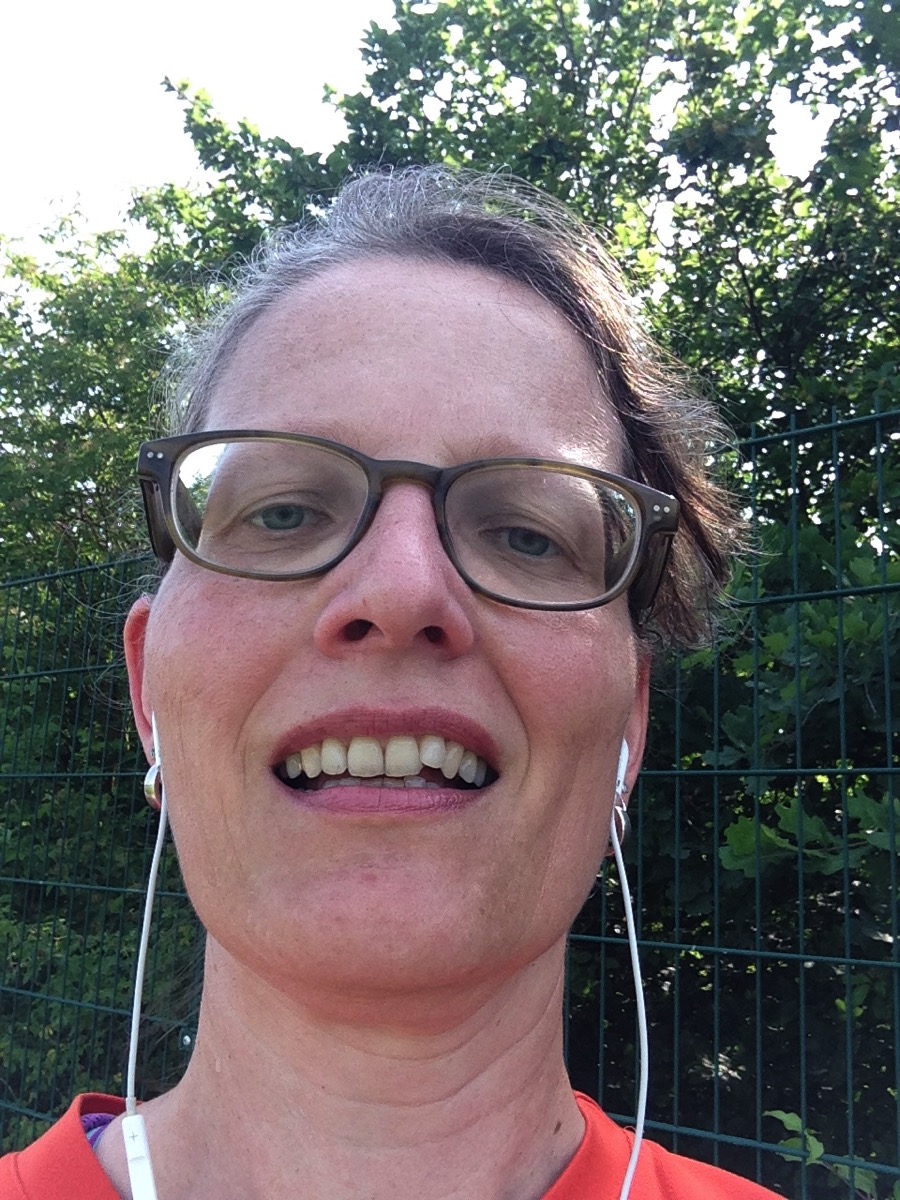 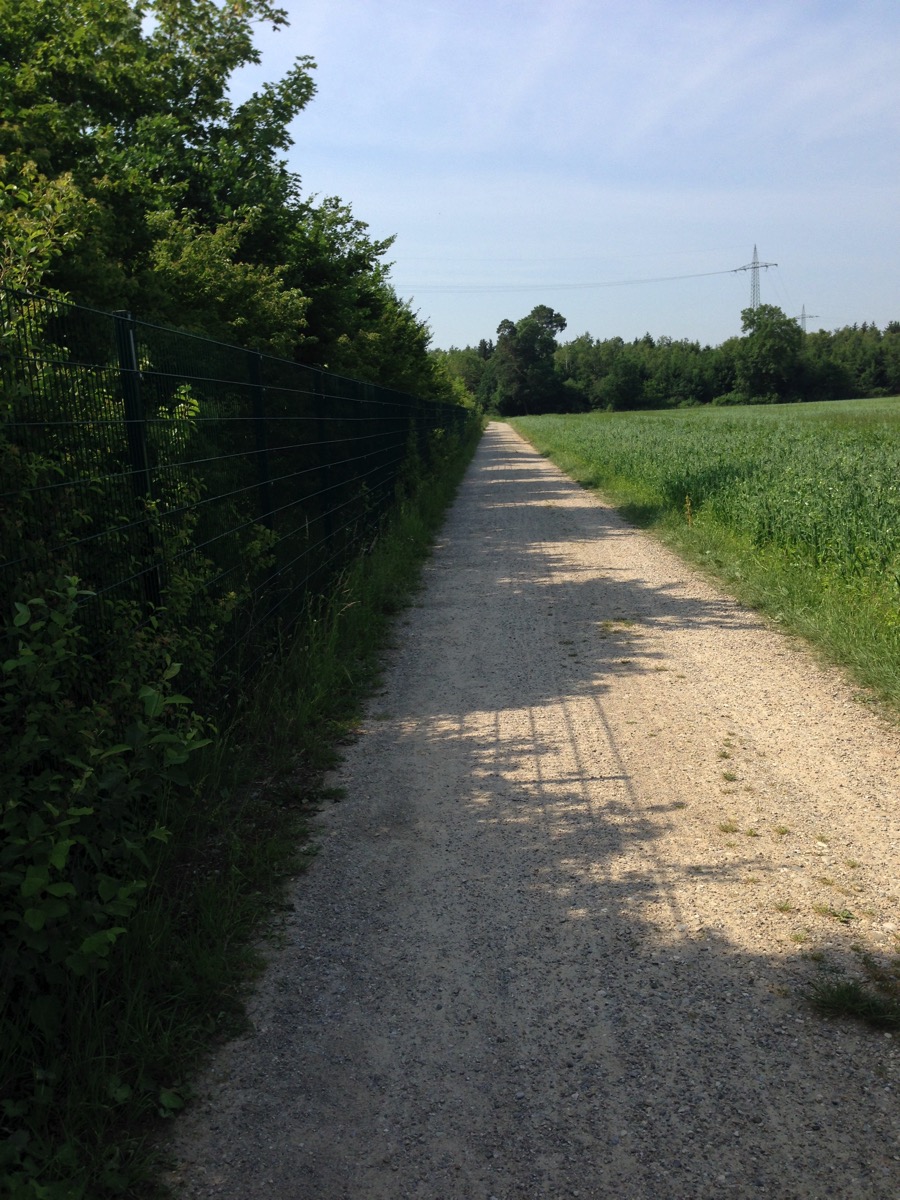 I took a shower, and sat down to write. Got 700 words. Helped make salad for lunch. Lunch was late enough that the boy ate with us: 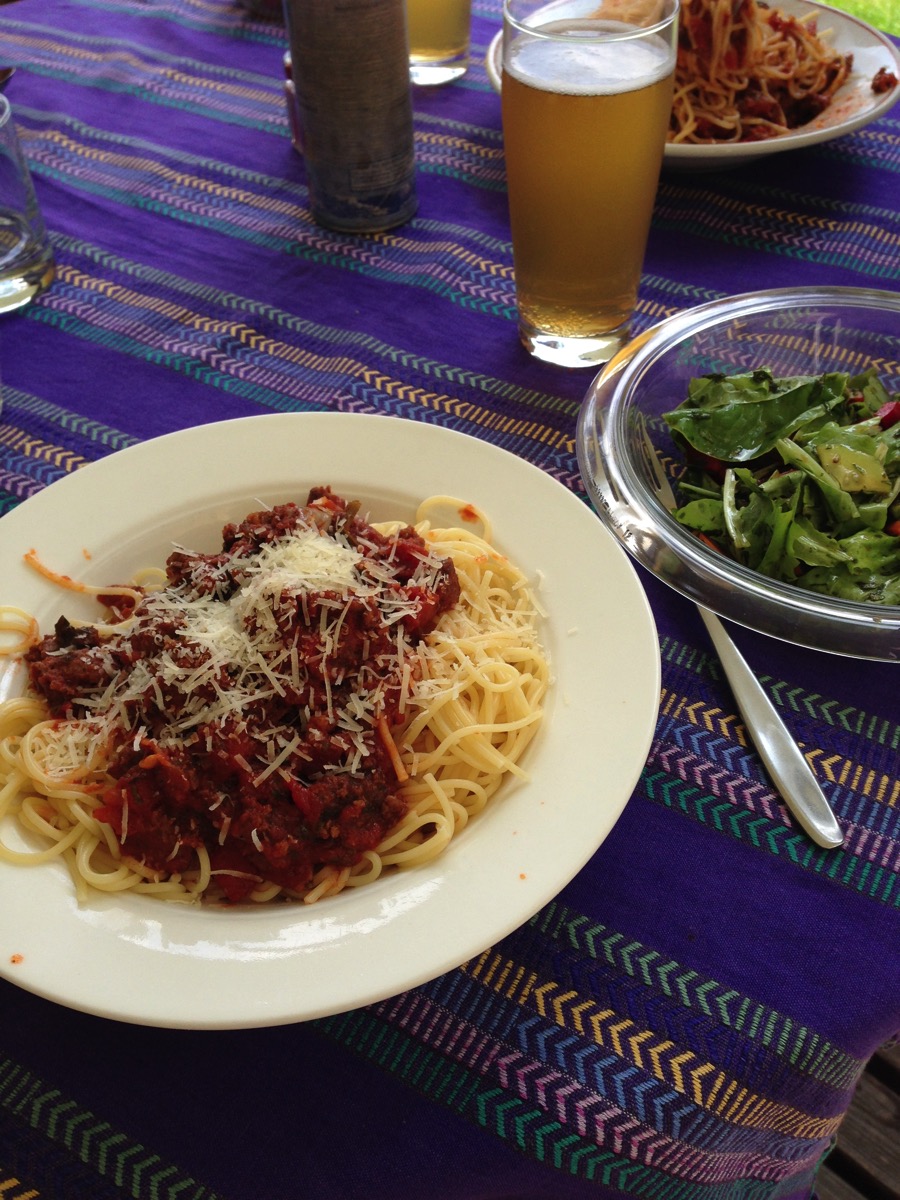 Then I did the dishes, didn’t have enough time to do my singing or piano-playing and then I taught quite a few students. Had a student rescheduled and waited for her at four but she showed up at five. Which was exactly what we had agreed on but I had put it in the wrong time-slot in my calendar.

When she showed up the thunderstorm was in full swing. Earlier it had started with rather dramatic thunder and lightning but then it became even worse. And the rain was coming down hard enough that there were puddles in the grass. And then it started hailing. I really feared for my skylight.

It was all over an hour later but my husband was devastated because the leaves of his red beets and zucchini were shredded. And then the slugs came out for their attack.

So while I was getting myself ready to write some more, for real this time, and make big progress, he needed someone to talk to and to commiserate. While I was basically shrugging my shoulders thinking, well, we need to wait until the next day to see how bad it really is, and that’s nature.

I am not my most perceptive in the evenings. Doing anything past seven pm is a struggle and making conversation is near impossible. Unfortunately both my husband and the boy are evening persons. When you ask them how they are first thing in the morning they don’t even know. But they want to have long and convoluted and philosophical conversations at night.

So no writing, instead talking with my husband about doom and gloom and climate change and then bed.

Today I will write all the words. I am only teaching two students because there were cancellations. After the last one I will dash off to the train station and visit an author meet-up by the „Selfpublisher Verband“. I am rather nervous but I have been to one of these before which makes the whole thing a little easier.

I am feeling bad because I still haven’t published anything but that can’t be helped. My goal was to at least have the current novel written until today but I really doubt that I will manage to write 10,000 to 15,000 words today. Not with all the other things I need to do.