So there is still enough emotional turmoil that I tossed and turned all night and didn’t get enough sleep. I wasn’t feeling tired throughout the day, though, so maybe it was enough after all.

Things are looking up, though, we are settling down again, so that is good.

I did manage to clean the house but first when I wanted to change the sheets on my bed I found that there were no clean sheets in the closet. The other set of sheets was still lingering in the basement waiting to be washed. For two weeks. I decided not to get angry about the mismanagement but instead to find it funny and do a load of whites. The sheets should be dry enough some time today that I can put them on my bed. Crisis averted.

In the afternoon I sat down and plied the brown merino. It is all plied now and wound into a skein. The Giro was exhilarating. Wow. 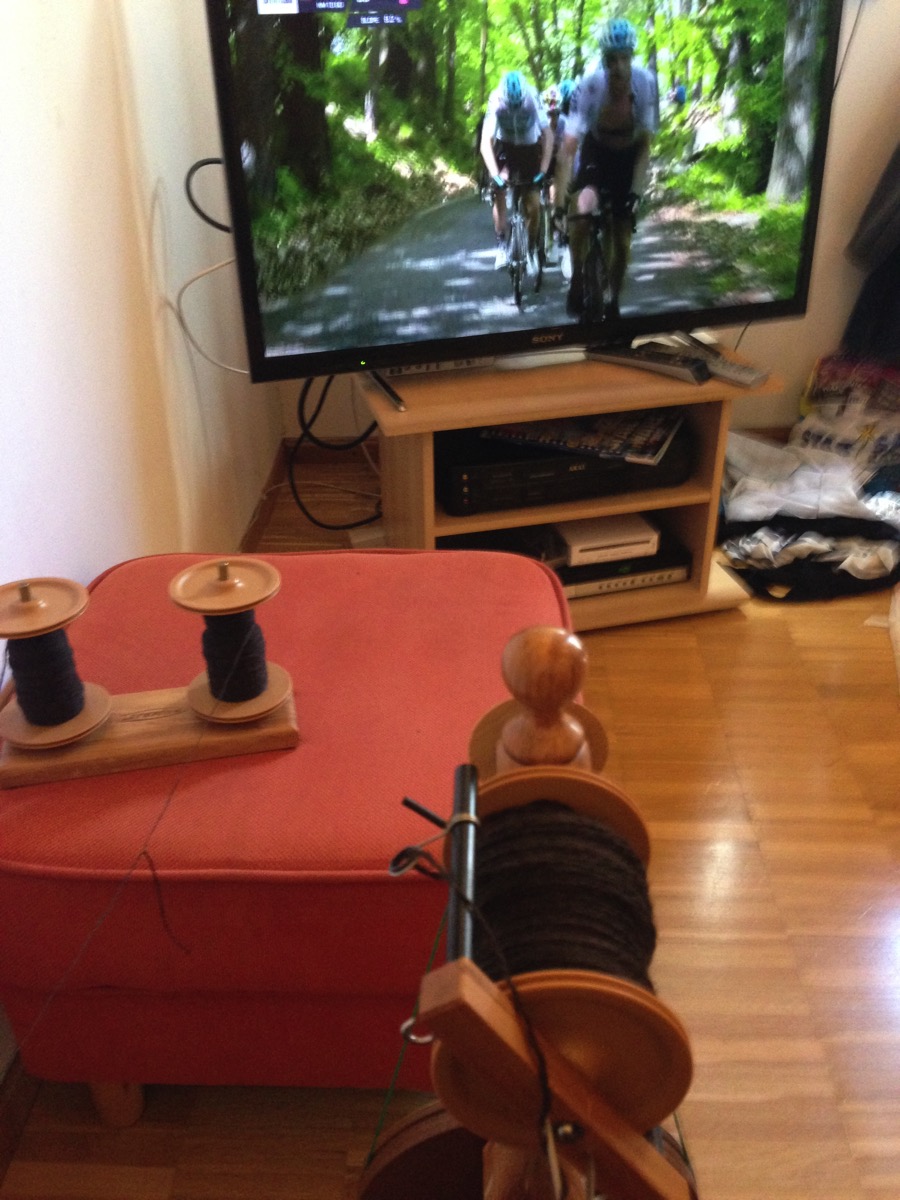 I also thought some more about my problems with running at the moment and my lack of motivation and my problems with gait and tempo and decided to change tactics.I won’t do a long run today but instead I will follow a ‚Bridge to 10k‘-app that I bought ages ago. It starts with running/walking intervals and might help me to get things straight. I haven’t found a way yet to connect my heart rate monitor which is a shame.

I did not write a single word, I decided to be gentle to myself and not push it. There must be writing today, though. It looks more and more unlikely that I will finish this story until the end of the month but that is probably not the end of the world.

We are starting to make plans, barbecue and beer garden and such, that will be fun.

I did two loads of laundry, so that was good.

No music, no writing. This should happen again soon. And it will.