This was a very good day.

I think I’m starting to have more energy. Now, I don’t know if that’s the result of upping my thyroid medication or of skipping dinner.

I actually cleaned the house pretty early, so that I was all finished even with mopping the floors when my husband came back from running. Then I wrote a little before we went out for lunch, Today we did go to the Greek restaurant. This is just the usual one, where my husband goes to eat every other week: 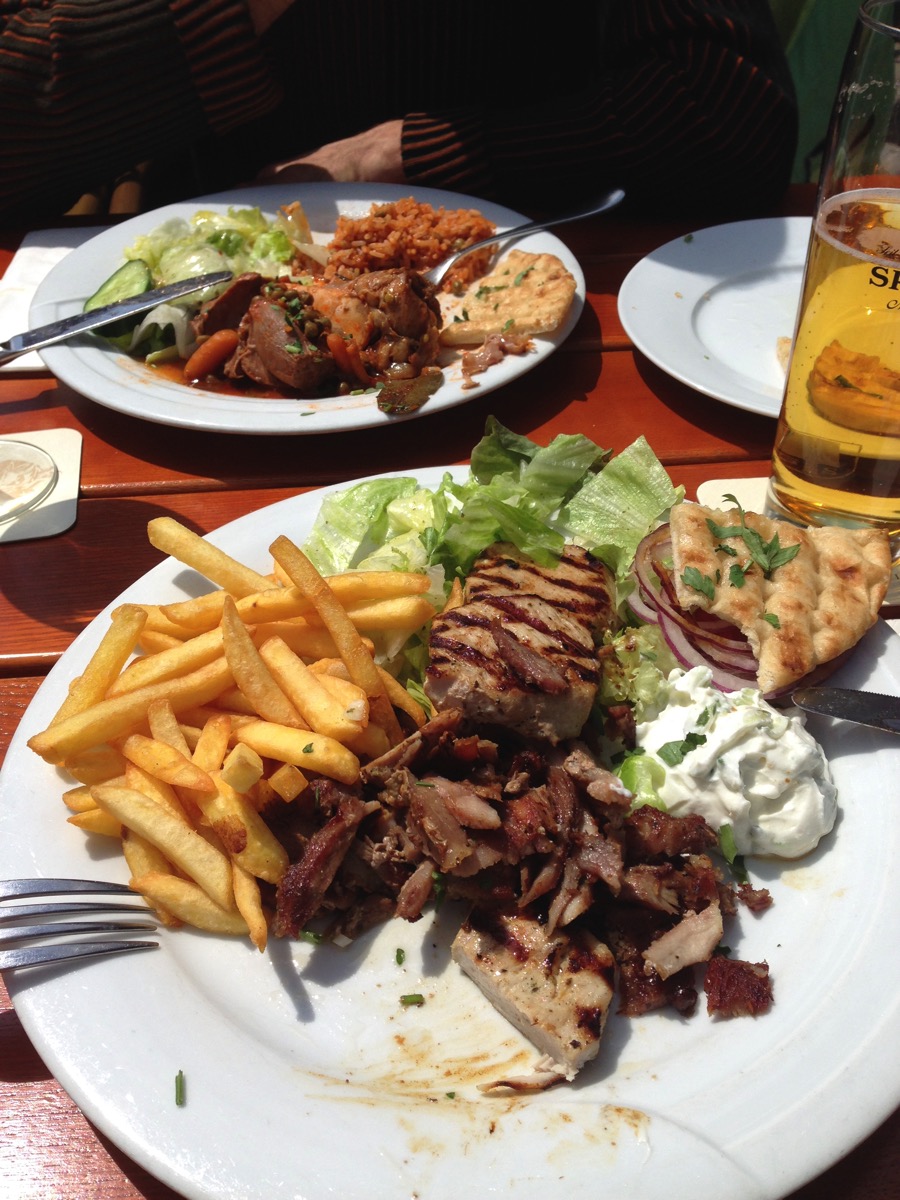 Yes, I only thought about taking a picture after I had already started eating.

Since the boy’s school had had a notice on its website that students would be off at 12.30 we hoped that the boy would join us for lunch. It was a good thing that we didn’t wait for him, though, we were done by the time his teacher let his class out. At 1.10. And they got to work right until the end. Boo.

The boy said he’d rather eat frozen pizza at home than Greek food at the restaurant so we all went back home.

Then I taught quite a few students. And then the boy and I watched „Star Trek: The Next Generation“ and an episode of „Big Bang Theory“.

And then I still had to write some more words before bed.

Today there will be running and writing. Other than that I don’t have any plans. Maybe spin and watch the Giro d’Italia. Or maybe not. I just have to take care that I won’t fall into the dreaded weekend slump. With Pentecost break looming that might take weeks to recover from. A two week slump has happened before. That is not pretty.

So I better put some more things on the to do-list.