Seems I’m not getting the hang of being productive this week.

I woke up early and spent all that time reading.Then forgot to take my thyroid medication at first, which meant I had breakfast a little later than usual. And then the boy had breakfast quite a bit later than usual because he had an excursion with school and only had to leave after my husband showed up for his breakfast.

I just realized that I never meditated yesterday because of all of that. Huh.

My husband feels just as much overwhelm as I do at the moment, probably more so that’s what we talked about.

Then I went grocery shopping. I’m still not used to my favorite grocery store being closed. Because I wanted to focus on writing today I decided to go to yet another one. It seemed easier and faster. But. I had to go to three stores instead of one. And to the health food store. And true to form when I came home I had forgotten to buy carrots, tomatoes and bell peppers. So I went back again and it took longer than I had hoped it would.

We had very tasty chili for lunch because the boy had brought a friend with him and that friend really loves chili. 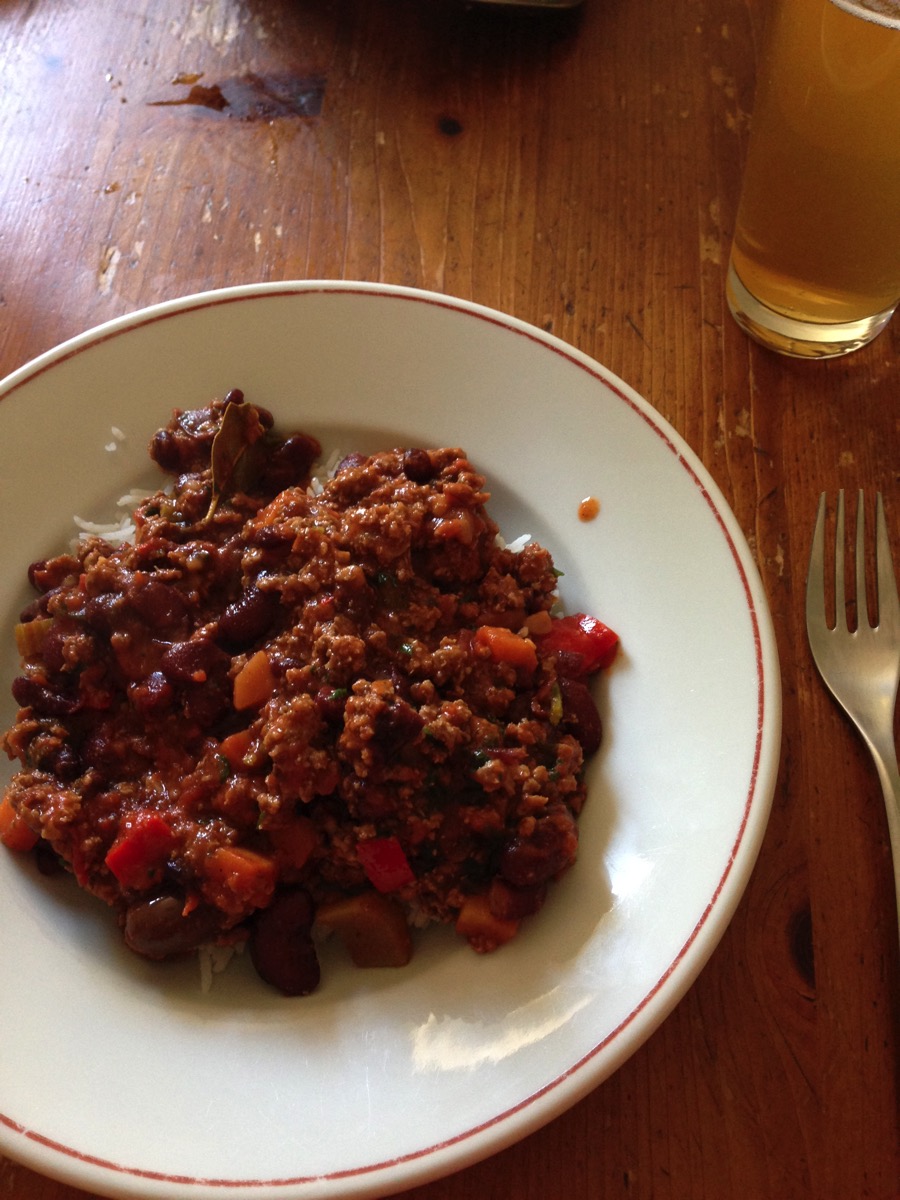 I left the dishes and tried getting something done but only succeeded in doing my singing warmup for ten minutes. Then there was the teaching. And the internet in between.

As I thought, the boy didn’t really feel like playing the piano yesterday so I sat down with him for his dinner, and then I got ready for bed. I keep falling asleep around nine with my makeup still on and my teeth unbrushed, and so I am trying to just get ready for bed earlier. Around seven this time. I can still write in bed and read with my pajamas on. Having brushed my teeth also minimizes the possibility of binge-eating.

I did manage to write words, albeit reluctantly. And managed to go to bed on time.

Today there will be running and teaching and all the usual. We’ll see how that goes.