I did start the day with my usual to do-list, though I didn’t expect to get everything done.

Then we decided to have pizza for lunch. With wine. On the porch. 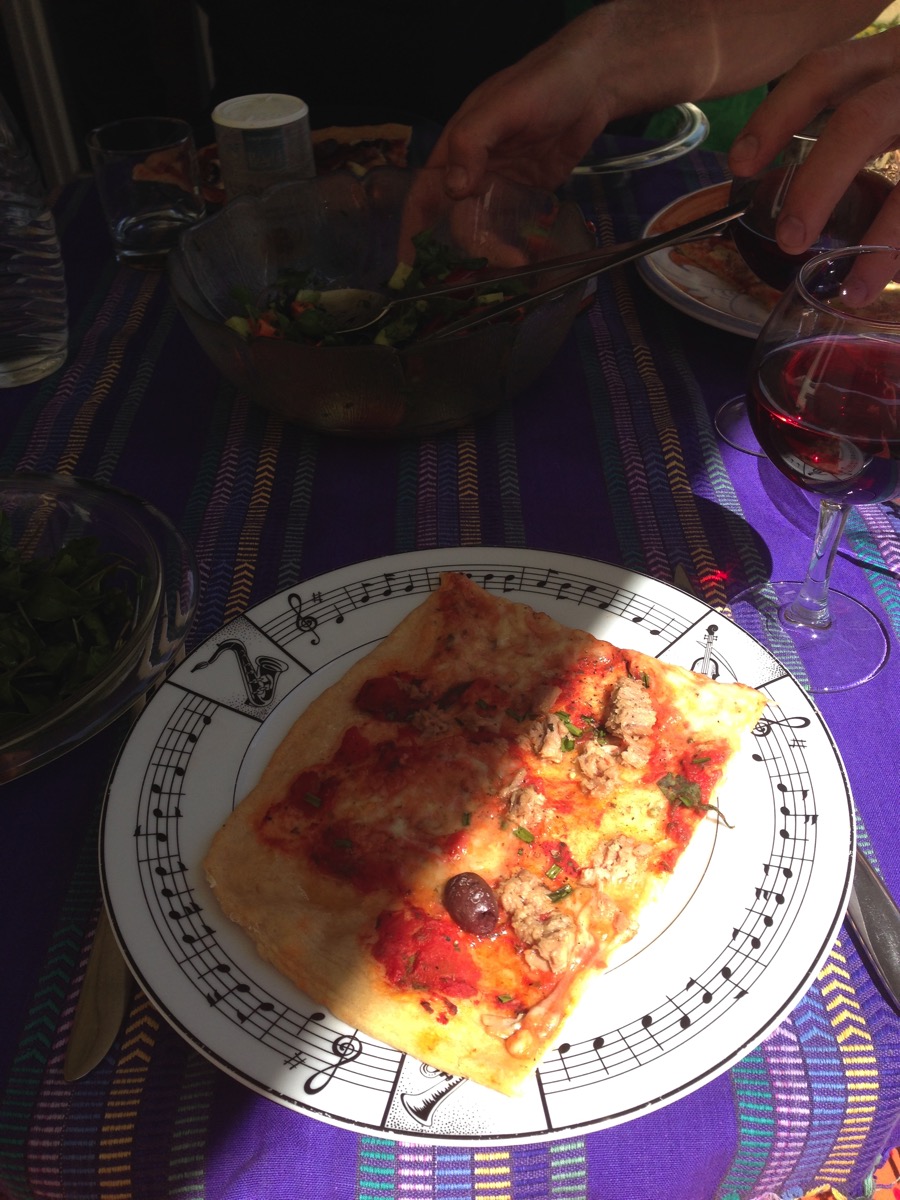 And then the weather was real nice. And I didn’t want to write or practice or sew. I just wanted to be outside. Especially since my MIL had left for a trip around noon and so I could sit on the porch without anybody making me feel bad about just sitting there. Also, I realized that the taxes aren’t due for another month or so. So I can totally do them later.

I spent the whole afternoon working on that and I’m still not finished.

Then there was pizza for dinner again, and conversation about quarks (the boy’s topic) and history and hatters and then we looked up stuff on wikipedia, as one does.

By then it was rather late so the boy and I only watched one episode of „How I Met Your Mother“. It was the last one ever, and I found it a little disappointing just like the first time I had seen it. The boy’s blanket is growing: 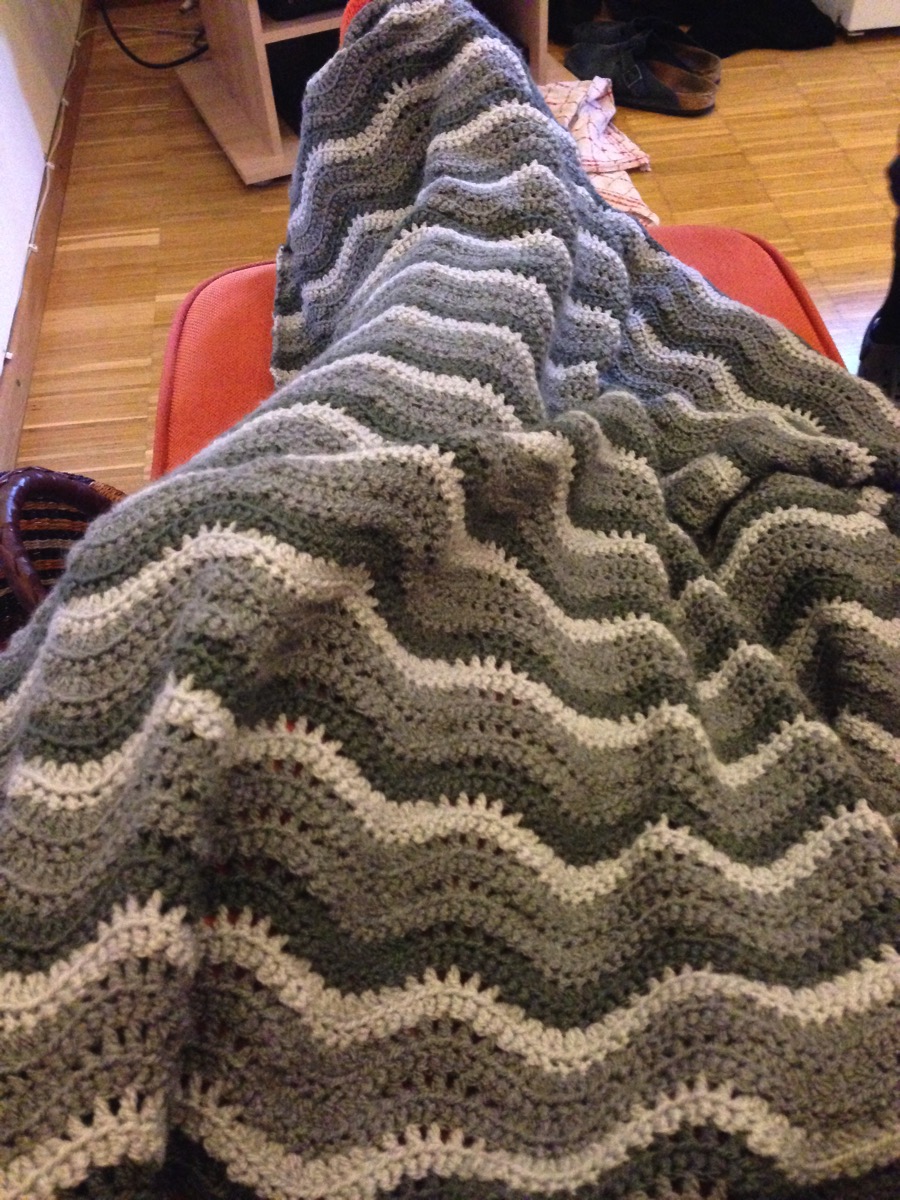 Early to bed. With a book.

Today there will be running and teaching (but not all that much because one student canceled), and music and writing and everything.

Another week beginning. We’ll see how that goes.